#cleancache from Sean Ripple Serves as a #CallToAction 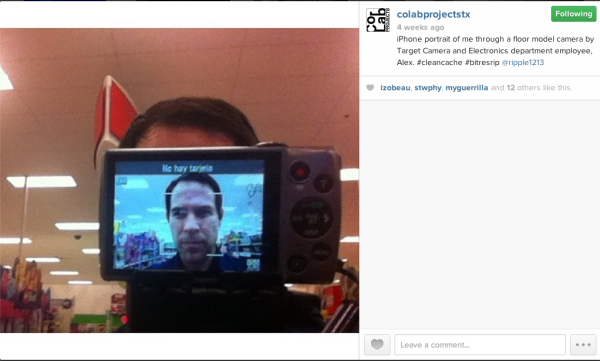 Multimedia artist Sean Ripple is wholeheartedly an instigator. He loves to poke, prod, and pry into the nuances of the ecosystem he habitats, and reinvent the space with a new perspective. #cleancache, an online exhibition from Ripple and hosted by Co-Lab Projects in Austin during the month of February, allows that creative process to live in social media, where anything online is up for grabs. #cleancache is comprised of three distinct types of work: photographed simple structures, edited images, and appropriated images (taken from other users online) that receive a new narrative from Ripple. The images are often accented by #hashtag descriptions.

Ripple’s attitude is both flip and extremely serious, an air that allows audiences to invest themselves into his art at all depths. The humor of an exhibition that exists solely online rings throughout, but unlike the brazenly sarcastic work by artists in online sects like Tumblr, Ripple does not view himself as an Internet native, or a user who has evolved creatively online. Instead, he views the technology pragmatically. According to Ripple, the fluidity of social media allows his creative vision to find new ease. On Instagram, where users are encouraged to art-direct their lives, Ripple was welcome to create a multifaceted environment with rich visual content, including #tvcollages, where Ripple imposes images onto a screenshot of his television screen, (in one case, we see Rose from Golden Girls receive a rough-hewn makeover via a digital mask) and his #appropriationattribution works, where images from other users are reformatted either in context or look. 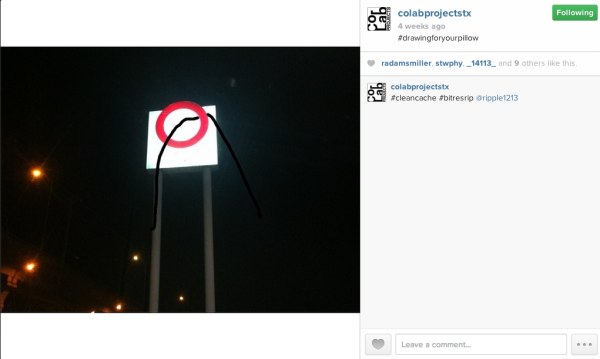 Ripple exploits the nature of social media by encouraging viewers to participate alongside him. In #drawingforyourpillow, Ripple offers the instructions: “When going to sleep, lay your phone on a pillow beside you with an image from this series displayed and let the screen fade to black.” Though Ripple’s call for entries didn’t raise any hands, subsequent pieces in #cleancache evoked distinct audience conversations, which still live on the site’s images today. 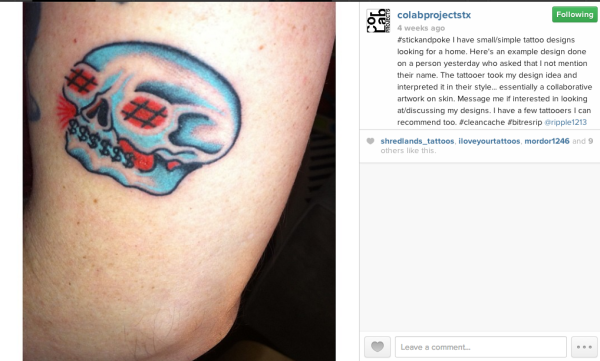 Why host an exhibition online? How does this add any value to the arts? In a world dominated by technology and passive online interactions, should art, considered to be an emotive bastion, be diluted to this esoteric state? Ripple says yes. Art, in this happenstance and often-quiet formation, chips away at the mythology of the masterpiece. Ripple’s small aesthetic vignettes predict that small celebrations of humor, imagination, and participation will eke life into sterile online outlets. The snags and faults in Ripple’s #cleancache project make life, and ultimately art, online more complex and egalitarian.

I think Sean Ripple﻿ makes some pretty brain-bending, smart work, and I’m happy to see this article about him. One of my favorite Women & Their Work Red Hot, Red Dot purchases ever was an experimental piece of Sean’s (as, indeed, everything he does is): for a year, he sent me a weekly SPAM e-mail that out SPAMmed even the best “real” SPAM. They were thought-provoking and creepy and funny and right dead on, and they really had me thinking about the whole nature of art object and ownership and interaction between artist and viewer in a whole new way.