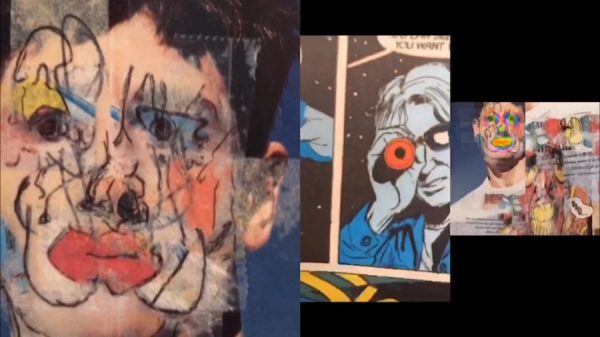 As part of a sporadic-yet-ongoing tradition, today Glasstire relaunches its online artist residency with a one-week, complete takeover of our Instagram account by Austin-based artist Sean Ripple.

Ripple’s takeover is not Glasstire’s first rodeo hosting an artist residency. Our own Christopher Blay, as his alter ego Frank Artsmarter, ran his Artsmarter Prize with us in 2016; Houston-based Michael Bise ran his ongoing comic series Life on the List with us in 2011; Houston’s John Forse is an ongoing contributor of comics for Glasstire; and last summer, Houston-based Peter Lucas took over Glasstire’s Instagram for a one heady week, during which he marked the 50th anniversary of great cinema from 1969.

Ripple often employs the internet and social media in his work. He describes his Glasstire Instagram takeover like this:

“For my digital Instagram residency, I will create a series of video collages using various mobile apps in addition to other works yet TBD. At their core, the works are dealing with a notion that the Internet and social media space are an extension of cinematic logic — a dreamscape in which each of us are both subject and object… producer and product… fact and figment.”

Sean Ripple is an artist, writer, and curator based in Austin, TX. His projects are often improvisational and interventionist in nature and rely heavily on social media and the Internet to frame the outcomes of a feverish dedication to process/ideas. Recent projects have explored a perceived lack of commitment to calls for IRL participation across a number of digital platforms, as well as the destabilization of meaning that seems to trail technological innovation and advancement. His work has been featured in regional publications including …might be good, Glasstire, Austin American-Statesman, and Conflict of Interest.

#cleancache from Sean Ripple Serves as a #CallToAction