All Classed Up and Very Few Places to Go…

While I lament the lack of legitimate arthouse venues to view offerings from the second annual Houston Cinema Arts Festival, I have to admit that I did enjoy seeing Waste Land (YouTube clip), a documentary made by Lucy Walker. Waste Land won the Audience Award at the 2010 Cannes Film Festival. It follows internationally renowned artist Vik Muniz through his project in the world’s largest garbage landfill: Jardim Gamacho, on the outskirts of Rio de Janeiro. 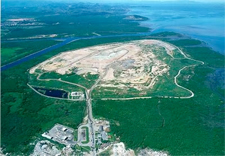 Not as Nice as Rio, But Better than Brownsville 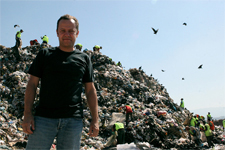 Muniz, raised in a poor section of Sao Paolo, Brazil, makes it known at the outset of the documentary that his concerns as an artist have changed since he first started in the business. Like most kids emerging from poverty-stricken environments, Vik Muniz’ goals at the beginning of his career focused on two things: getting out of Sao Paolo, and making buttloads of money. He himself is both amused and amazed that, despite all odds, and discouragement from his own father, he has wound up on top. He’s rich and critically revered. 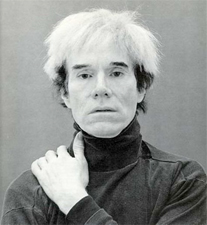 Andy is Dandy, But–

You don’t have to grow up poor to want those things. That’s every artist’s dream. 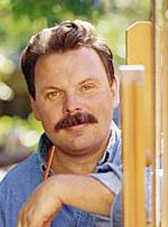 Muniz, however, has decided that he wants to give back, and this is where Waste Land begins. Muniz collaborates with men and women working as collectors of recyclable items at the landfill known as catadores . He focuses on a few and incorporates them into his project: he photographs them in poses recreating well known masterpieces (such as The Death of Marat by Jacques-Louis David), projects the photographed image on a huge warehouse floor, and then has the workers “fill in” images with junk and trash.

The subjects chosen are tough, determined people who, despite the fact that they are waist deep in rotting trash all day, stubbornly proclaim self satisfaction. And though they are sometimes forced to pick through and eat some of it, they are happy that they aren’t working as prostitutes or in the drug trade. They interact easily with Muniz, who is an energetic, optimistic fellow with an impish grin and a sparkle in his eye. He’s fun to watch.

I got the feeling that if Vik Muniz asked me to stand around in a smelly garbage pit and pose like a woman out of Picasso’s blue period, I’d do so without hesitation. He’s an utterly charming man.

More charming, however, were his subjects. Maybe “charming” is the wrong word. His subjects, like Tiao, the idealistic head of the recyclable retrievers’ union whose cause he works ceaselessly, should be spokespeople for the What the Hell are YOU Bitching About?  campaign to remind people how good they got it. Wait a sec; I don’t think that’s a campaign. Anyway, Tiao also looks like a scruffy Lenny Kravitz , and pulls off a fabulous “Marat” in a found bathtub.

Maintains Her Sense of Style Even in a Trash Heap

The everyday plights of the women workers are both commonplace and cruel. Isis cries that her married lover has left her and she has tattooed his name on her leg. The camera crew follows Suelem (a young woman who cheerfully admits to eating yogurt out of the trash piles) home to see her children. As we are shown through Suelem’s mother’s hovel, Suelem hospitably leads us back toward the bathroom, only to burst into laughter and say, basically, No, you don’t want to be going in there! It’s a humbling moment. Having been truly grossed out in a friend’s apartment bathroom in Mexico last spring, I had a sense of what was behind that curtain, and the fact that this chick could be genuinely laughing at it made me fall in love her.

Lucy Walker’s chronicle of Muniz’ project is poignant, moving, and spectacularly filmed. There are gruesome shots of huge trucks dumping piles of trash swimming in disgusting gray ooze, as well as stunning moments of the fires set in the landfill. Between her artful direction and the artist’s infectious enthusiasm, you feel like you’re following Vik Muniz through the landfill yourself. I swear, I could practically smell the putrid stench. 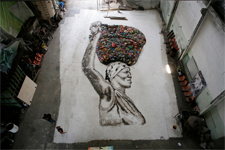 Image Gives a Sense of the Project’s Scale

Of course, Vik Muniz comes out a hero. The recreated portraits are assembled out of recycled detritus (the portraits are composed of what Muniz feels makes up the peoples’ everyday lives) on a massive warehouse floor, photographed, and then sold at auction. The proceeds—one at fifty thousand—not only go to the individual subjects (whose lives improve dramatically after being exposed to the project), but mostly to the recyclable items pickers’ unions, led by an empowered Tiao, who, by the end of the documentary, really does look like Lenny Kravitz.

I wondered at first if Muniz’ project would ultimately strike me as condescending or as giving false hope to people who would have to return to their desperate lives, but it did not. The subject actually came up at length with one of his cohorts in the film, but Muniz was adamant that such an experience could only be a good thing. It wouldn’t show them Paradise only to plop them back at the dump; it would show them, basically, the time of their lives. 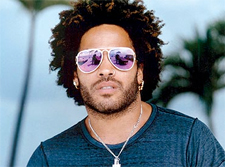 Wouldn’t it be Funny if a Bunch of Lenny Kravitz CD’s had Turned up in Jardim Gramacho?

Why I found myself crying constantly throughout the documentary–from when the subject interviews and portrait constructing begins to the end of the film probably attests to the fact that I’m riddled with white liberal guilt. I don’t think there was a dry eye in the house, though. Muniz comes off as a boyish, playful guy who’s having a blast, even when he’s confronted with people whose lives are desperate and bleak– people who might have the skuzziest jobs in the world.
Take that, Mike Rowe. 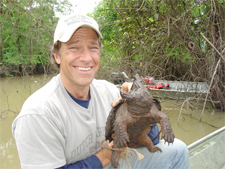 Sure, it’s Dirty, but is it Filth You Can Wallow in and Then Eat?

But enough of all of this boohoo heartwarming shit! One of the things that I found most intriguing here was that, as mentioned earlier, this well-crafted documentary was screened at the Edwards Palace 24 Cineplex.

Have I ever watched an arty flick in a place where the carpet is, if I’m not mistaken, exactly like or very similar to that of the Harrah’s in Reno? And what about the poorly painted murals chock full of barely recognizable celebutards ? You know—the ones where you’re like, Is that supposed to be Tom Cruise , and why are he and Nicole Kidman still together in this picture??? 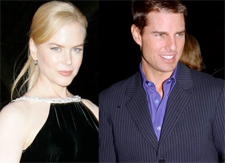 To Think That They Might Still Be Together if Their Portraits Had Been Better!

Or have I ever been able to purchase buttered popcorn, Jujyfruits , and a small Diet Coke for $32.50 at the MFAH or at the Aurora Picture Show? 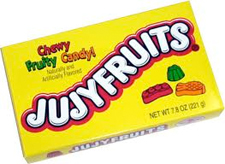 For Only $12.50 a Box, These Babies’ll Remove All Unwanted Recent Dental Work!

Correct Me if I’m Wrong, But I do Believe the Only Unstoppable Thing Here– 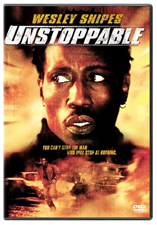 I was in a strange land! One where obscure films were being screened in theater 4, 6, and 7, while that tantalizing gem, Unstoppable was playing in theaters, 8, 5, and 15.
(And by the way—Unstoppable ? Really? Is Hollywood that bereft of ideas these days? After Speed and Speed 2 do we actually need another motion picture about a large out of control vehicle? Besides, there’s ALREADY a movie called Unstoppable starring Wesley Snipes! SNL did a fine spoof of the current Washington vehicle —hoho! no pun intended! by the way. Jay Pharaoh does an unstoppable Denzel Washington.)

Where Washington’s Character Learned About Trains: by INVENTING them.

I hardly knew what to do with myself. And then I spotted the Houston Cinema Arts Festival crew. To buy the festival movie tickets, you couldn’t purchase your tickets at the regular windows—the ones where you repeat the movie you want to watch over and over and assert that you have no need for a discount or gift card—you had to go into a special entrance. One that made you LOOK special, as it was manned by cool-ish looking people wearing black. A lot of unkempt facial hair. A couple of berets. The fella at the table took my money and told me what theater to go to. I knew right away that I was way smarter than anyone over in that stupid plebe entrance who was there to see Megamind in 3D.

I had culture! I initially sat down in the semi-darkened theater flanked on one side by a woman who was yammering on a cell phone with what might have been a South African accent, and on the other by a crotchety old bitch who was screaming about how the movie was running a half hour late. Someone corrected her and she shouted, “Oh! Looks like my watch stopped!”

Only in Cultureland are characters like that not only tolerated, but viewed as eccentric and charming.

After the old bat started screaming, a festival worker (not to be confused with carny barker) told us that the David Byrne film was about to start. I sat up straight, looked around. David Byrne? Not that I don’t love David Byrne, but I was there to see Waste Land! I ran out of that theater, cursing. 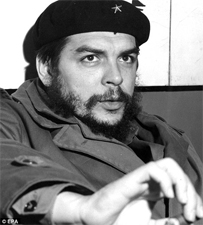 Thankfully, I didn’t miss much of the Lucy Walker documentary. But I was a bit pissed that the bearded dude with the beret who took my $10 was no more competent than the pizza faced high school kid taking money for tickets behind the smudged windows.

How sad! Not only do our MFAs in Art, Creative Writing and Film School make us almost completely unemployable, we have to aggravate matters by not being able to read a program schedule.