A few weeks ago, my girlfriend and I began binge viewing art documentaries. 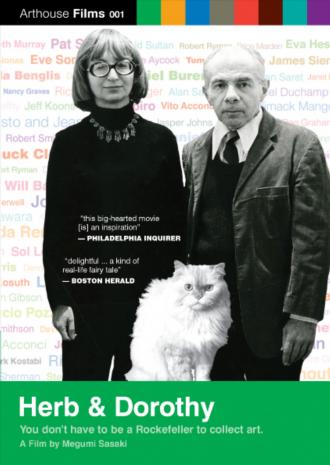 We started with Herb and Dorothy (2008), the story of an elderly middle-class couple whose private collection of art, amassed over 50 years, directly challenges the preconceived notions of what a prominent New York City art collector looks like. Herb, a life-long postal worker, and Dorothy, a public librarian, inspired us to believe that one can somehow bargain hunt for original art work. In June, Austin’s Blanton Museum of Art will exhibit The Collecting Impulse: Fifty Works from Dorothy and Herbert Vogel as part of the nationwide Fifty Works for Fifty States Project. 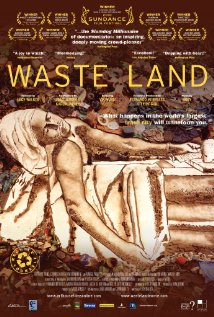 In Waste Land (2010), we traveled with Brazilian-born and New York-based artist Vik Muniz to Jardim Garacho, the world’s largest landfill located in Rio de Janeiro. A weathered worker named Valter reflected on how imperative he believed recycling to be saying, “People sometimes say ‘But one single can?’ One single can is of great importance. Because 99 is not 100, and that single one will make the difference.” The undertones of his statement felt particularly topical in light of the Occupy Movements exhibited from coast-to-coast in the United States. Muniz’s Untitled (Medusa Plate) is currently on exhibit at the McNay Art Museum’s Art + Present: Gifts from the Peter Norton Family, which closes next Sunday, January 15. 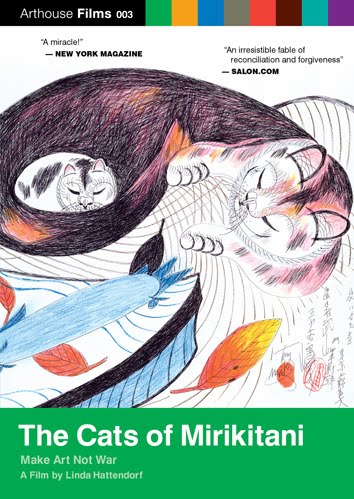 After attending a public lecture at the McNay Museum of Art given by the prominent Japanese-American contemporary artist Roger Shimomura, we popped in The Cats of Mirikitani (2006). We were introduced to Jimmy Mirikitani, an artist living and working on the streets of Manhattan, blocks away from the then still standing World Trade Center. The filmmaker Linda Hattendorf, who lived near the sidewalks Jimmy claimed as his studio, slowly developed a friendship with the octogenarian, a Japanese-American who was placed in an internment camp during World War II. Following the attacks of September 11, Hattendorf convinces Jimmy to temporarily move into her apartment in order to escape the poisonous clouds of debris pouring down on New York City. In 2006, Roger Shimomura curated Jimmy’s first museum exhibition at Seattle’s Wing Luke Asian Museum. 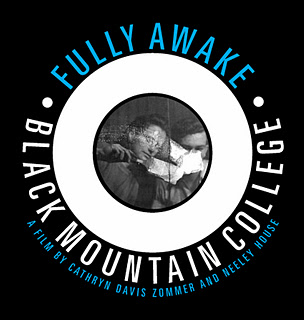 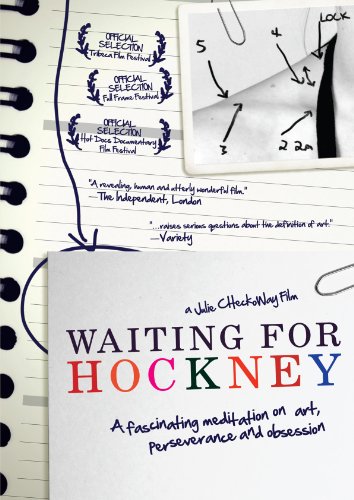 We hadn’t been to Maryland since we finished The Wire so we decided to watch Waiting for Hockney (2008). The crux of the story is that an ordinary man, Billy Pappas, who graduated from Maryland Institute College of the Arts slings hash upon graduation, doing nothing with his Fine Arts degree. He meets an eccentric man, Larry Link, who learns of his drawing talents and pushes him to continue developing his craft. Pappas decides to dedicate 10 years of his life to one drawing of Marilyn Monroe (based on the famous Richard Avedon photograph) and the man agrees to serve as his impresario. After recruiting other power players for his team, Pappas finally completes the drawing and manages to arrange a meeting with esteemed arts writer Lawrence Weschler in New York City. It’s an incredibly frustrating film because a) it takes forever before you even get to see the drawing and b) if you’re going to dedicate a decade of your life to one drawing, couldn’t it have been an original photograph of someone not famous therefore not making it so gimmicky?  After successfully twisting Weschler’s arm, Pappas flies to Los Angeles to exhibit his drawing to the artist he believes will catapult his career forward – David Hockney. The same Hockney who has a storied love/hate relationship with the photograph. 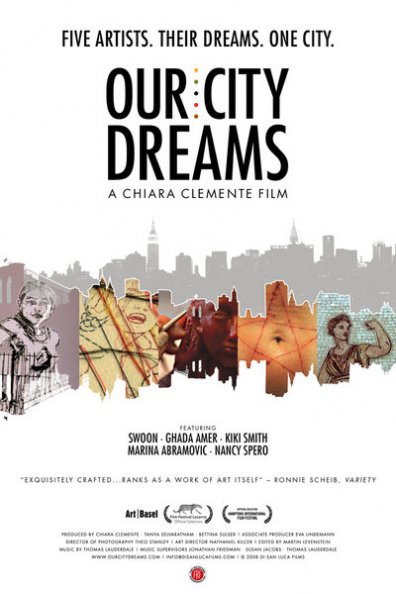 The 65-year-old Marina Abramovic makes me swoon in Our City Our Dreams (2008). And oh yeah, the artist Swoon was featured in this documentary that chronicled the careers of several New York City female artists (Ghada Amer, Kiki Smith, Nancy Spero). Two days after seeing this movie, I find myself standing for the first time in front of the work of Nancy Spero at the Linda Pace Foundation. Moreover, the McNay Museum of Art recently acquired Kiki Smith’s Woman and Sheep sculpture. 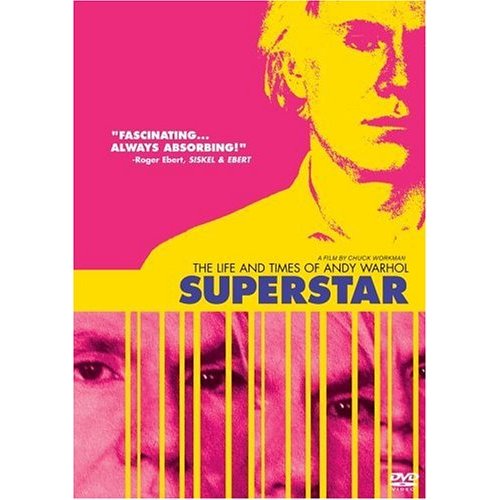 As a voracious consumer of sports, it’s interesting to consider that Warhol coined the term “superstar.” In Superstar: The Life and Times of Andy Warhol (1990), one of Warhol’s former colleagues asserts that Warhol satisfied his sexual appetite through looking at people, the chronic voyeurism. I can’t help but assume that Warhol would have loved basketball or maybe even mixed martial arts – the participant’s muscles gleaming as they collide or collaborate, the celebrity-power of sports figures, and the shallowness of fandom. 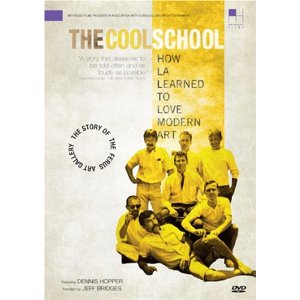 There’s a scene in The Cool School: How LA Learned to Love Modern Art (2008) where Walter Hopps is sitting in front of an audience at a museum. Hopps, formerly one-half of the momentous Ferus Gallery in Los Angeles and founding director of Houston’s Menil Collection, explains that a former poet friend from UCLA said that “art is the possibility of love with strangers.” Twelve days after this scene was taped, Hopps died at 73. Ed Moses, a former colleague and Ferus Gallery artist, reflects: “It’s just too bad that Walter never wrote about it (Ferus) in his own unique style. Put the record straight because the record is going to be interpreted rather than identified. That’s the problem with critics and everybody, they think they have to interpret what’s going on. All they have to do is see it but they have to put a lot of baggage aside to see and Walter had the ability to do that and then little by little he went mad like the most of us.”  It’s a quote I can’t shake nor explain, but I’d like to think that’s its point. 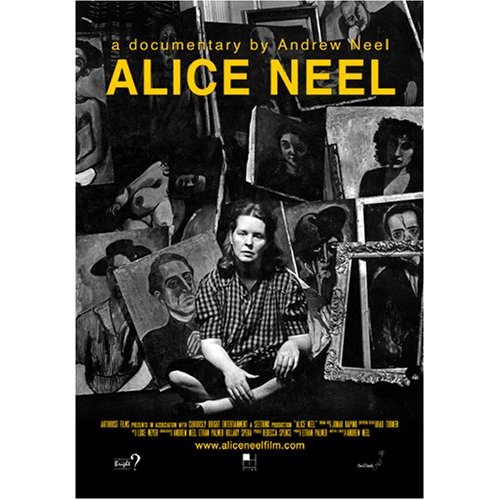 Alice Neel (2007) is the ninth and final documentary we watched. It’s odd to think that the same artist who struggled her entire life to gain recognition and validation, eventually landed on Johnny Carson’s Tonight Show. The documentary was directed by Neel’s grandson, Andrew. Chuck Close relays a story of an encounter he had with Alice Neel and a mutual friend. The mutual friend introduced Alice to Chuck, to which Alice replied that she hated his work. When Chuck said that he was a big fan of her work, Alice remarked that on second-thought she would go home and give his work another look. Alice’s son Richard who was left nearly blind by the abuse of one of his mother’s former lovers demonstrates an overwhelming level of forgiveness to Alice and his tumultuous upbringing. I’d love to see Rick Santorum eviscerated by an Alice Neel portrait. Joe Gould would suddenly have legitimate sex appeal.

I highly recommend the art documentary binge. If for no other reason than the NBA’s compressed schedule has produced a lot of ugly (and frustrating) basketball.

Sorry to quibble, but…
re: BlackMountain, minor point and not sure how this documentary presented the info, but Merce Cunningham and his mate John Cage were visiting instructors at Black Mountain, not students. And though it’s often referred to as the first Happening or proto-Happening, Black Mountain’s “Theater Piece #1” (1952) was not referred to as a “Happening” at the time. “Happening” really came into use to describe the work of Allan Kaprow.

re: Cool School and Ed Moses’s comments about Walter Hopps not writing down the Ferus Gallery story, there are numerous though mostly unpublished, interviews with Hopps about this subject. Glasstire readers might also be interested to know that several interviews with Hopps were done specifically to be included in a still forthcoming memoir. It has been in the works since his death, but no publication date is established yet.

Don – I appreciate your correction regarding Merce Cunningham and your suggestion of interviews conducted with Walter Hopps.

Do you know who’s leading the operation of putting together the Hopps memoir?

I’m not exactly sure who the publisher of Hopps memoir is, but it is being edited by Deborah Treisman, who is the fiction editor at New Yorker magazine. The book will also include an extensive new chronology of Hopps’s life.