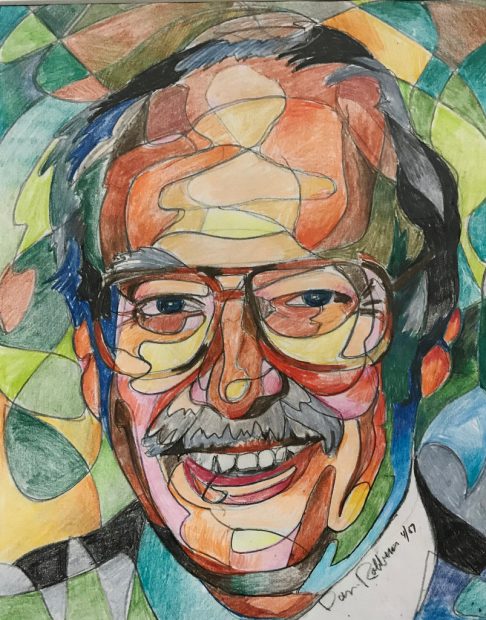 Dan Robbins, the man responsible for popularizing the enduring paint-by-numbers technique, died earlier this month. He was 93.

Born to a father who sold cars and also worked as a part-time vaudeville singer, and a mother who worked as a homemaker, Mr. Robbins began his career as a freelance artist following a brief stint in the Army Corps of Engineers’ maps division. Then, while designing kids’ coloring books for the Detroit company Palmer Paint, Mr. Robbins was asked by the company’s owner, Max Klein, to try and increase profits by creating a coloring book for adults. (An industry that in recent years has really taken off.)

Mr. Robbins instead created his first-ever paint-by-numbers — a Cubist-style still life. His idea for the technique came from a method used by Leonardo da Vinci, for which the master artist used numbered backgrounds to indicate to students and apprentices where to place each color.

Although Mr. Klein didn’t like the abstracted approach in Mr. Robbins’ first try, he did like the idea, and told Mr. Robbins to produce more pictures in this way. Marketed under the brand Craft Master, Mr. Robbins’ paint-by-numbers kits began flying off of the shelves. By the late 1950s, however, sales of the kits began to ebb and Mr. Klein sold the company.

Although individuals were and still are critical of paint-by-numbers kits, particularly in the way that they can replace “real art” in peoples’ lives, Mr. Robbins thought of them in a different way, saying:

“I never claim that painting by number is art. But it is the experience of art, and it brings that experience to the individual who would normally not pick up a brush, not dip it in paint. That’s what it does.” 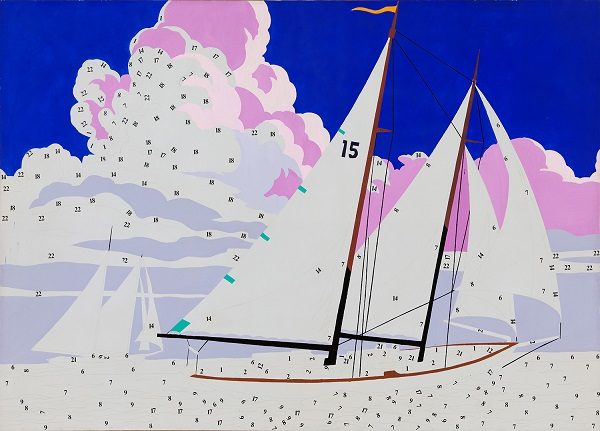 Andy Warhol, Do It Yourself (Sailboat) (1962). Image courtesy of the Andy Warhol Museum, Pittsburgh, © The Andy Warhol Foundation for the Visual Arts, Inc.

Many artists have referenced Mr. Robbins’ paint-by-numbers invention to create works that are in individual and institutional collections: Andy Warhol’s 1962 Do It Yourself (Sailboat) was recently acquired by the Andy Warhol Museum in Pittsburgh; Jasper Johns’ Do It Yourself (Target) invites collaboration between the artist and the collector; and right here in Texas, Bill Davenport creates faux paint-by-numbers landscapes.

To learn more about Mr. Robbins and the popularization of his paint-by-numbers kits, please go here.

The Singularity of his Absence