How to Avoid Art Theft (or Get Famous From It)

Plagiarism in the art world has a venerable history going back at least to Albrecht Dürer, who sued copyists of his prints in the 16th century, and Andy Warhol, who was forced to pay Patricia Caulfield for the use of her imagery. These days, art plagiarism has reached new levels of speed and detection, from Richard Prince to the Chinese knock-off of Anish Kapoor’s Cloud Gate (a.k.a. The Bean). It’s been a hot topic on social media for awhile — witness last week’s mini-furor over #cakegate, the replica cake the new administration’s team “stole” from the 2009 inauguration. 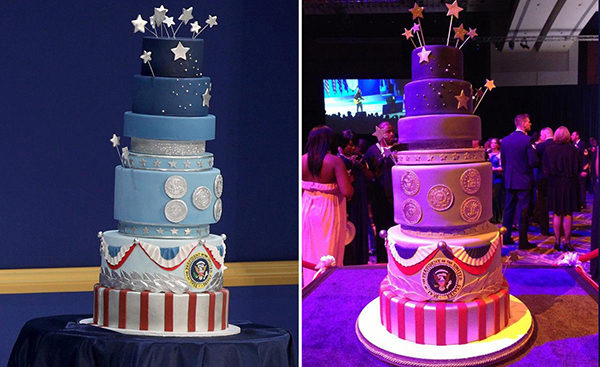 As an art educator, it brings a two-fold conversation into the classroom: 1) how can artists protect their work, and 2) how not to steal from someone else. The first has more clear-cut answers — don’t post your photos on Facebook, post low-quality images online if you don’t have a watermark, or take a cue from stop-motion animation graffiti artist BLU, who outlines specific uses for his video work as a preface to each animation. Now, if a large business does take your work, things get more complicated — so far, Zara responded to legal claims with the following statement from their team:

“We reject your claims here for … the lack of distinctiveness of your client’s purported designs makes it very hard to see how a significant part of the population anywhere in the world would associate the signs with Tuesday Bassen.” 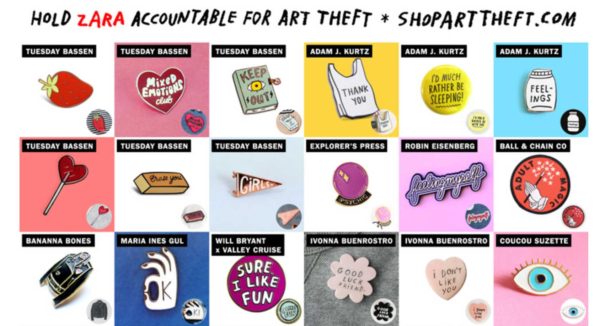 It really comes down to who has the bigger stick. In art copyright, as in life, what is legal is often not what is ethical, and Zara et al. seem untroubled by qualms about the latter. So don’t get bitter, get prepared. The same argument has won out in an artist’s favor when Jeff Koons stole a greeting card design for “String of Puppies.”

The issue I want to press upon students is how not to steal, which gets pretty murky, though maybe it shouldn’t. Recently, Hyperallergic posted an article by Kevin Ferguson in which he shares his scholastic research and process for making composite images of movie stills (sum frame visualizations)  because another artist is doing the exact same thing (after he did), and the gallery in which it is housed didn’t seem to care. 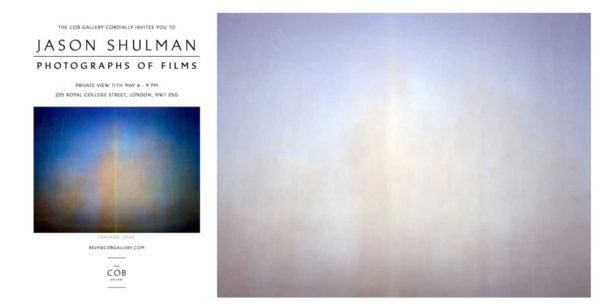 In the age of digital image-based forums like Instagram, Pinterest, deviant art, etc. it is getting increasingly more difficult to know if plagiarism is occurring when a student turns in their work.  A portion of my studio courses is now devoted to “how to develop your own resource image”, where we get into collage-creating, digital editing, and a fly-by-night ethics course on how to use an image you like without actually ripping someone off.  With various lawsuits involving Zara, Richard Prince,  and Jeff Koons, what have we learned? Here is the Teaching Guide For Creating a Clean Resource, or How To Respect Your Peers:

This article originally appeared in slightly different form as “Classroom Topics: Art Theft” on The Bowerbird, an art blog in Lubbock, TX.

Great topic. My wife (Maureen Brouillette) and I discuss this often. I’m not sure anything is truly new. By the way, some of the gudelines listed do not prevent copyright violation. We both do collage and I’m sort of a non-lawyer expert. Intellectual Property is interesting and often very ‘gray’.

Here’s a guy from Austin that has a book and a made the topic a career:
http://austinkleon.com/steal/

It’s a quick an interesting read.