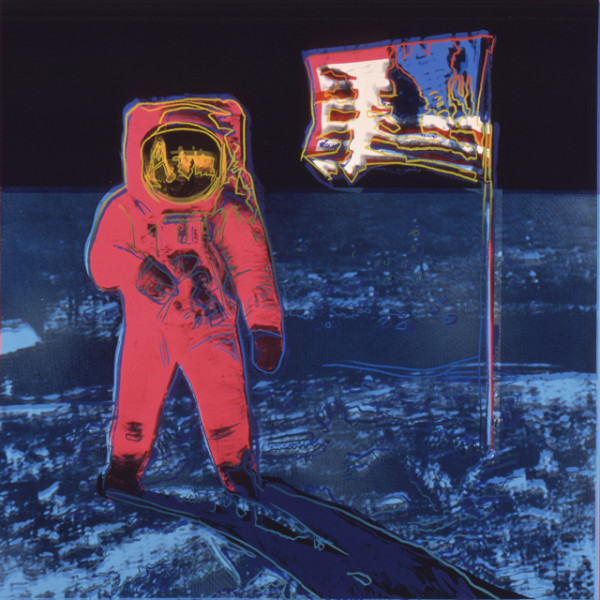 In 1962, only a few years after the founding of the National Aeronautics and Space Administration (NASA), the NASA Art Program was launched “in an effort to present NASA’s discoveries and cutting-edge research to the public in a way that would be more accessible than complex scientific reports.” Recently, they uploaded over 2,000 images onto NASA’s Flickrstream.

Hyperallergic published a great article today with cool photos, links, and stories about the program. Iconic and lesser known artists have participated, ranging from Norman Rockwell to William Wegman to Vija Celmins. Some interesting musicians were also included, such as the Kronos Quartet and Patti LaBelle. Hyperallergic links to “a full list of the NASA Art Program artists,” which NASA calls a “partial” list; either way, there are some notable missing names. Laurie Anderson, often called “NASA’s first and last artist in residence,” is not on the list. And researchers of artist Stan VanDerBeek (definitely not on the list) will sometimes name him as an early NASA artist in residence, although it is next to impossible to find any such reference at all from NASA (his idea to turn the Kennedy Space Center into an artistic “Center for Inner Space” may have made them less than enthusiastic about his inclusion).

The image above may have actually been more inspired by the original MTV logo, which had come out several years before Warhol’s silkscreen, than the NASA archives. But both documented Buzz Aldrin’s moonwalk and, therefore, serve as an flimsy excuse to post a video by someone who was not part of the artist program at all: Buzz Aldrin himself. Here is the rap song “Rocket Experience,” by the second man to walk on the moon, as produced by Snoop Dogg: