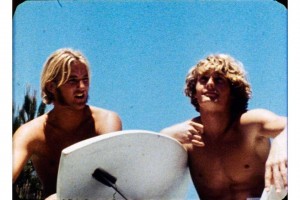 Filmed in 1968 in La Jolla California, Andy Warhol’s previously unfinished film San Diego Surf will be released by the Andy Warhol Museum.  The movie was shot on 16 mm film  by Paul Morrissey and Andy Warhol, and features Superstars Viva, Taylor Mead, Louis Waldon, Joe Dallesandro, Tom Hompertz, Ingrid Superstar, and Eric Emerson, plus Nawana Davis and others. In 1995-96, the Andy Warhol Foundation commissioned  Morrissey, under the supervision of Foundation curator Dara Meyers-Kingsley, to complete the editing, based on existing notes and the rough cut. The premiere of the new old film will take place at the The Museum of Modern Art as part of To Save and Project: The Eleventh MoMA International Festival of Film Preservation on October 16.

And see it on the West Coast at MCASD in La Jolla–the scene of the crime. February 2013 dates TBA.