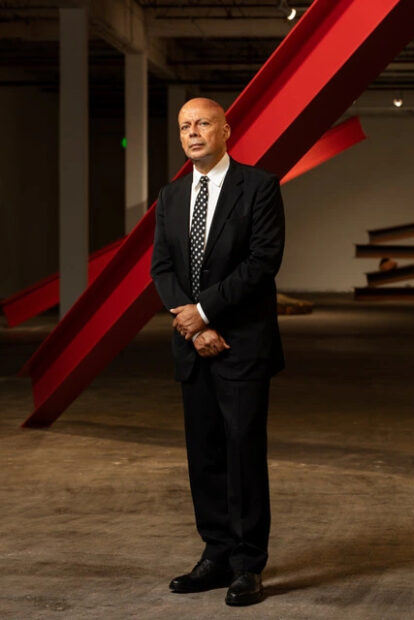 Prior to taking on the role of director at the DC, Mr. Doroshenko served as director at the BALTIC Centre for Contemporary Art in the United Kingdom, the Institute of Visual Arts in Milwaukee, and the Stedelijk Museum voor Actuele Kunst in Ghent, Belgium. He was also the founding president of the PinchukArtCentre in Kyiv, Ukraine. In 2017, as part of his role at the DC, Mr. Doroshenko organized the Ukrainian Pavilion for the 57th Venice Biennale. He had previously been commissioner for the Ukrainian Pavilion at the 2007 and 2009 Venice Biennales.

During his tenure at the DC, Mr. Doroshenko was at the center of controversies a number of times. In 2013, two years after he joined the organization, limited edition prints by well-known Texas artists such as Vernon Fisher, Annette Lawrence, and James Surls were sold by the DC on eBay for $15 to $50. The prints, which were donated to the museum by a previous director, were intended to help the organization raise money. However, the sales on eBay were shockingly undervalued.

More recently, in 2021, the DC was under fire for terminating an employee who called on the institution to make a public statement following the Atlanta spa shootings, which were part of a pattern of Asian hate crimes. When asked for a comment, Mr. Doroshenko did not respond. Six months later, it was announced that he would depart the organization when his contract expired in May 2022.

In April and May 2022, Mr. Doroshenko worked with Christie’s to hold auctions of international and Ukrainian artists to raise funds in support of three organizations aiding Ukraine: the World Monuments Fund, Doctors Without Borders, and Community Organized Relief Effort. Mr. Doroshenko’s parents came to the United States during World War II, when they fled their respective homes in Ukraine. Having grown up in a Ukrainian neighborhood in Chicago, Mr. Doroshenko has remained close to his ancestral roots throughout his life.

In a press release regarding his recent appointment in New York, Mr. Doroshenko stated, “With my steadfast commitment to the Ukrainian art scene since 1993, I have seen the progression of both artists and institutions throughout Ukraine. I am excited about the important history and great potential the Ukrainian Museum holds and how it can be a mirror to the rich cultural activities in Ukraine.”

He continued, “In these tragic and unsettling times—with the horrific war—the world now knows more about us, and our culture should continue to create a context for what it means to be Ukrainian today.” 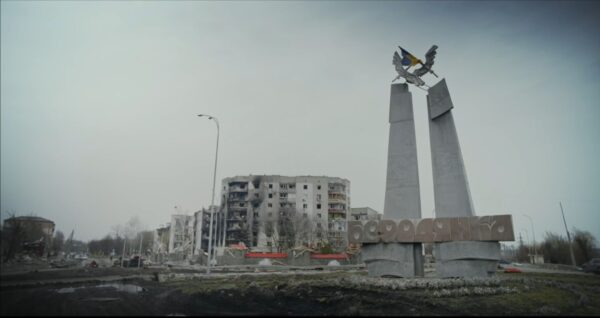 A still image from a film by Bablyon’13, on view in “Impact Damage” at The Ukrainian Museum in New York.

Mr. Doroshenko’s first exhibition at the Ukrainian Museum, Impact Damage, will present works from the museum’s collection alongside a series of short films by the Kyiv-based documentary film collective Bablyon’13, which depict the country’s current war with Russia.

The amount of times local reporting has mentioned eBay sales and front desk employee firings over the incredible decade of programming Doroshenko oversaw is insane to watch!

There is an entire 150 words in the middle of this article that are pointless. I’m consistently let down by Glasstire’s writing as of late, and I know I’m not alone.