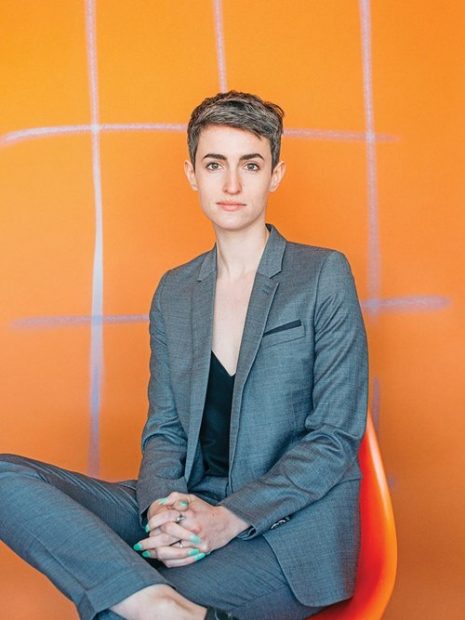 Earlier today, the New York-based public arts non-profit organization Creative Time announced that Justine Ludwig has been named its new Executive Director. Since 2015, Ludwig has worked at the Dallas Contemporary, serving as the organization’s Deputy Director and Chief Curator. Ludwig is succeeding Creative Time’s Acting Director Alyssa Nitchun, who in turn stepped up after Katie Hollander left the role after a year and a half to “explore new possibilities.” One of the organization’s projects instituted under Nitchun, Pledges of Allegiance, is currently on view outside of the Texas State Galleries in San Marcos.

In the organization’s press release, Ludwig spoke about her fondness for Creative Time’s programs:

“I have admired Creative Time, with its commitment to social justice and art within the public sphere, for many years. I believe that art is one of the greatest tools we have access to in creating better communities, and am committed to a Creative Time that stays ahead of the curve and establishes the golden standard for the social impact of creative visions.”

Ludwig graduated with a master’s degree from Goldsmiths University of London and with a BA from Colby College. A specialist in contemporary South Asian art, Ludwig regularly contributes writing to national and international journals and has recently curated solo exhibitions of works by Kiki Smith, Pia Camil, Ambreen Butt, Pedro Reyes, and Paola Pivi, among others. Before coming to Dallas, she worked in various curatorial roles at the Contemporary Arts Center in Cincinnati.