Dr. Frances Colpitt, the renowned art historian, writer, educator, critic, and curator, died in her home in Fort Worth on Monday, September 12, 2022. 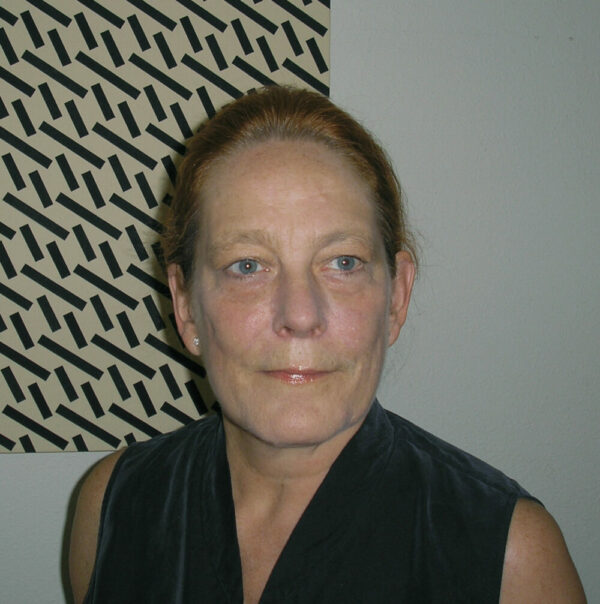 Frances Colpitt (2009) in front of a John Miller painting in her home.

After recently retiring from her position as the Deedie Potter Rose Chair of Art History at Texas Christian University (TCU) and being named Professor Emerita at the school, Dr. Colpitt was in the process of writing her third book. This publication would have, like her two previous books Abstract Art in the Late Twentieth Century (2002) and Minimal Art: The Critical Perspective (1990), focused on her area of expertise: American art after the 1960s.

A prolific writer since the late 1970s, Dr. Colpitt published hundreds of pieces of writing, including book chapters, catalog essays, articles, brochures, book reviews, and news stories. She was a feature writer and contributing editor for Art in America for over twenty years. Her book chapters and catalog essays were written for museums and galleries across Texas and beyond, including the Modern Art Museum of Fort Worth; the Blanton Museum of Art; the Dallas Museum of Art; the Museum of Fine Arts, Houston; the Solomon R. Guggenheim Museum; the Los Angeles Museum of Contemporary Art; Miles McEnery Gallery (New York); Barry Whistler Gallery (Dallas); and McClain Gallery (Houston).

Barry Whistler told Glasstire: “Fran had done a story about abstract painting in Texas in 1995, and that put her on the map for a lot of us here. I was lucky enough to meet her when she was still in San Antonio. Then we worked with her on a couple of things for the gallery. What I found was that once she was introduced to someone’s work, and she liked it, she became a dedicated follower. She was somebody who knew even somewhat obscure artists like David Novros well, and she could talk personally about them, which added insight, making the artists real beyond their paintings.”

Ms. Hearst, who now works as the Curator at the Modern Art Museum of Fort Worth, told Glasstire: “Fran was a brilliant scholar and writer, a gifted teacher, and a warm and encouraging friend. She taught many of us how to think critically about art, and, notably, how to make a life out of art. She was never afraid to call out questionable ideas, or to make you feel truly seen and supported. I know I am far from alone in saying this, but the impact Fran has had on both my life and career is immeasurable. She was intellectually curious, egoless, resilient, and hilarious. She is already dearly missed.”

Mr. Harding, an artist and Associate Professor of Art at Tarleton State University, told Glasstire, “Fran had a monumental impact on me as a grad student — she changed how I see and think about art. Her quick wit and seemingly endless knowledge left me in awe. I would not be the teacher or artist I am right now if I had not encountered her.”

Frances Colpitt was born on December 19, 1952 in Tulsa, Oklahoma to Charles Hubert and Dorothy Jean Colpitt. She was the eldest of four children. Her sister, Mary, told Glasstire that Dr. Colpitt was adored by all of the members of her family. The sisters, though eight years apart, shared a bedroom throughout their childhood. In high school, Dr. Colpitt was enamored with musicians, studied French, and read voraciously.

Of Frances, Mary Colpitt told Glasstire, “I’ve never loved anyone more than my sister… She played albums in our bedroom on a little record player and I’m not sure of the year or what I was listening to. The Beatles, of course, Hermits Hermits, “Love Potion Number 9,” “Puff the Magic Dragon,” Jefferson Starship… she loved the Animals’ “House of the Rising Sun,” Mother Earth, Donovan… The Stones came later. She loved them.”

It may come as a surprise to those who knew her later in life, but Dr. Colpitt struggled at college early on. After two trial runs at separate schools, she attended secretarial school in Tulsa. About this time in her life, Mary shared, “I don’t know how she fared there, but I do know that a counselor at the school approached her and told her, ‘You don’t belong here. You need to go to college.’ And she did.”

Dr. Colpitt knew her future husband, Don Walton Jr., in high school, and the two met again at the University of Tulsa (TU), where their relationship began. The couple was together for nearly fifty years, and officially married after twenty-five years together. 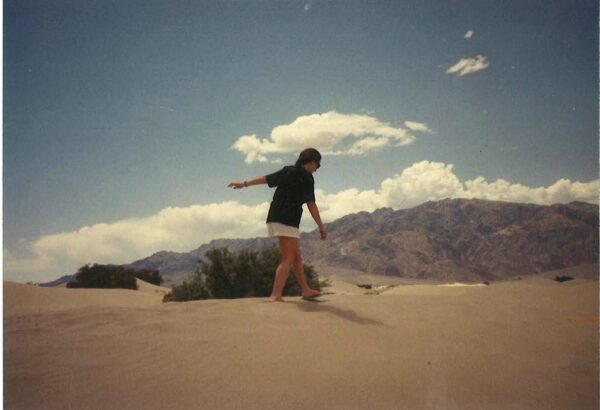 In 1990, Dr. Colpitt relocated to San Antonio, where her sister Mary lived, when she was offered a tenure-track position as Assistant Professor of Art at the University Texas San Antonio (UTSA). In 1994, she was promoted to Associate Professor, a position she held until her 2005 departure to TCU in Fort Worth.

Jennifer Hope Davy, a former UTSA student and teaching assistant of Dr. Colpitt, told Glasstire: “Fran was an amazing, and my most significant, professor, mentor, and friend. As in all the places where she has taught, scores of students were enamored with her and their work influenced by her whether in art practice or in art writing/criticism. I know so many artists who’ve shared that their work grew and expanded from Fran’s critical role, and critical eye, which both challenged and nurtured them. As critical and challenging for us to be better artists, writers, thinkers, she was incredibly caring, loving, and devoted.”

Aside from her work as a professor at UTSA and her writing for Art in America, which brought national attention to Texas’ art scene, Dr. Colpitt served on the Board of Directors for Blue Star Art Space (now Blue Star Contemporary), and was an early advisor to Artpace.

In 2005, Dr. Colpitt became the inaugural Deedie Rose Potter Chair of Art History at Texas Christian University. The endowed position carried more freedom to pursue her writing, as it included a reduced teaching load and a discretionary budget. Being in Fort Worth also presented the opportunity for Dr. Colpitt to develop close relationships with area museums and galleries.

Mark Thistlethwaite, Professor of Art History Emeritus at TCU, told Glasstire, “We were so lucky to have Fran as a colleague. She was a respected scholar and critic who was dedicated to her students. Fran was especially adored by graduate students (both studio and art history) and served as an enthusiastic mentor and exemplary model as they pursued their professional careers.”

As one of the preeminent voices on minimal art, Dr. Colpitt has left an immeasurable legacy on the art world, here in Texas and beyond. Her writings will no doubt go on to inspire generations of artists and arts workers. Her colleagues, students, friends, and family will carry her memory with them. Her sister, Mary, has said, “She loved her artist friends’ perspectives and those of her students. She challenged them, she praised them and she loved them.”

Beautifully said and a great tribute to her legacy. Many thanks. Frances was a woman of great mind and heart.

Best art history professor I ever had. I give her 100% credit for my love of Donald Judd. She introduced me to a world I didn’t know existed.

I am who I am in some small measure through Frances Colpitt’s early advocacy of my art. This before getting to know her earthy generous self. Add mine to the many condolences being shared here.

What an amazing woman. This is a beautiful tribute, thank you, Jessica.

I loved her. She was the last remaining outside voice in my head from graduate school. Her influence is immeasurable.

Will always remember Fran as a special teacher and mentor. She challenged everyone to think critically. Will miss her greatly.

Dr. Colpitt was warm, wise, friendly, kind, generous, clever, sharp, and always a pleasure to speak with. May her memory be a blessing.

I loved her, too. As an undergrad I got to study in her Art Criticism classes ’94 and ’95 and I adored her lectures. (A lot of you were doing your post-grad work then!) I remember how she spoke of her friend Donald Judd after he had passed. Years later I found myself in a hotel room in Neuquen, Argentina in the middle of winter and with a partner taken ill, and the only thing on TV was a show, in English, about Donald Judd. I happened to see Dr. Colpitt after that and it was an amazing moment to get to tell her that story and have a talk outside of our roles as art student and professor. But really, I just respected her for her deep knowledge and commitment to teaching, and to Art

Fran was the real deal. Her knowledge was vast, but her authenticity immediately disarmed her students. Fran brought me to Fort Worth. I knew I wanted to study with her; she helped me find my path in graduate school, which was a fruitful one.

15 years later, I still share with others her summation of how to evaluate art:

I followed her advice to not write about art I thought was bad, which kept me on friendly terms with local artists. 🙂

She was an excellent teacher and mentor, and a light in the DFW art scene. Peace, Fran.

Fran was a valued colleague and dear friend. It’s quite possible I would have never come to Texas had I not known Fran. We met at a College Art Association conference in San Antonio in 1995. I was accepting an award for art criticism on behalf of my friend, Jan Avgikos, and Fran was the chair of the committee that awarded the prize. At the time, Fran was teaching a UT San Antonio. Knowing that I would be in the area for a few days, Fran invited me to give a talk on Conceptual Art to her class. Some years later I invited her to contribute an essay to a book on that same subject, which she did, to my great pleasure. Some years later, Fran extended an invitation to invite me to talk at TCU, her new academic home. I loved staying with her and her partner, in their fabulous ranch-style home, perfectly furnished with mid-century modern furniture. A year later I relocated to Dallas, and every so often Fran would ask me if I’d like to apply for the Chair of Studio Art there, noting with her characteristically sly pragmatism, that the traffic in Fort Worth was much less congested than in Dallas. I stayed put, and Fran continued to brave the Dallas snarl to visit, conduct public conversations with me, and be a dear friend. Her book on Minimal Art remains a fixture in bibliographies on the subject. Originally from Oklahoma, her intellect and love of teaching are legendary throughout the field. She will be missed but thankfully a little bit of Fran will continue to exist in the hearts and minds of the multitude of friends, colleagues, and students that were fortunate enough to know her

My condolences to Fran’s family and friends. She will be sorely missed by the community of artists, writers, teachers, and lovers of abstraction… in all its myriad forms. So long, my friend. Rest in Peace!