Glasstire 3×3: Shelby David Meier – Why are you an artist? 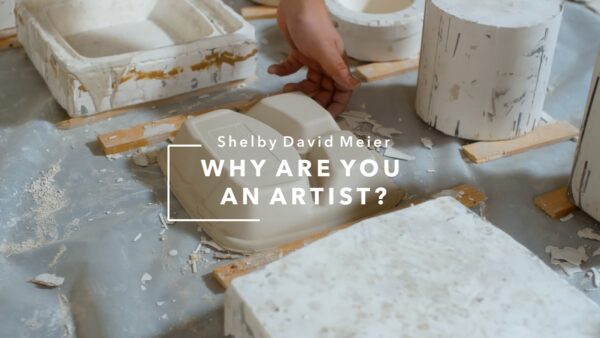 Dallas-based artist Shelby David Meier answers the question “Why are you an artist?” as part of an overall 18-part video series on artists in the DFW and Houston regions. The series is a collaboration between Glasstire and Texas-based Walley Films.

The series “3×3: Artist Q+A” follows six visual artists who were each asked the same three questions. Featured DFW artists include Ciara Elle Bryant, Giovanni Valderas, and Shelby David Meier. A new video will be released on Glasstire every Wednesday in March and April.

“That you can make something that can express an idea without using any words, and someone can see it and formulate their own language around it seemed like unifying and gratifying thing to do.”