1. Women Painting Women
Modern Art Museum of Fort Worth
May 15 – September 28, 2022
Read Jessica Fuentes’ Peering Through the Female Gaze for an overview of the exhibition.

“Women Painting Women features 46 female artists who choose women as subject matter in their works. This presentation, international in scope, includes evocative portraits that span the late 1960s to the present. All place women—their bodies, gestures, and individuality—at the forefront, conceiving new ways to activate and elaborate on the portrayal of women.” 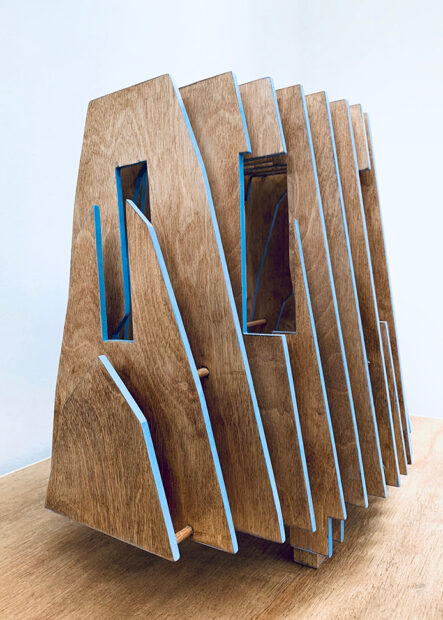 A work by Garland Fielder

“Artist Statement: Bunkers represent several architectural types simultaneously. On the one hand, they are modernism distilled—form-follows-function quite literally in that the concrete megaliths derive their structural expression solely from functional needs as dictated by the ravages of modern technological warfare. In another sense, the bunkers are a timely typology, even if at first they seem anachronistic. The stable forms, once signifying a terrific solace against immediate annihilation have through time, become upended, so to speak, in their various strategic locations. In situ, they are enigmatic, creating hidden spaces for nefarious acts, yet, they still present a contemporary visitor a sense of stability—a comforting psychological totem in today’s uncertain times. They are modern ruins and ruins speak of endurance. These images and sculptures depict one of mankind’s most striking architectural forms, suggesting an unfortunate relationship between the current zeitgeist and a building strategy necessitated by a total war economy.” 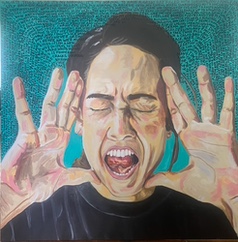 A painting by Sarah VonKain.

From the Art Studio, Inc.:

“Sarah VonKain, who is originally from Orange, TX, received a bachelor’s degree in Art Education from Lamar University in 2014 and a master’s degree in Modern Art History from Azusa Pacific University in 2021. She says she has ‘left a piece of myself in every place I have been. From a very young age I was taken to galleries and museums and the works I saw developed into a language I understood.’ VonKain has found inspiration in the works of Jenny Holzer, Jenny Saville and Marlene Dumas. The pieces are an amalgamation of the artist’s personal writing and manipulated memories from 2014 to 2022. The exhibition is titled Vulnerable. ‘My biggest influence for these pieces have been the events of the past year of my life. They, like the works, have forced me to confront who I am and the raw reality of life,’ she said. ‘I would describe the works as relatable raw emotions.’” 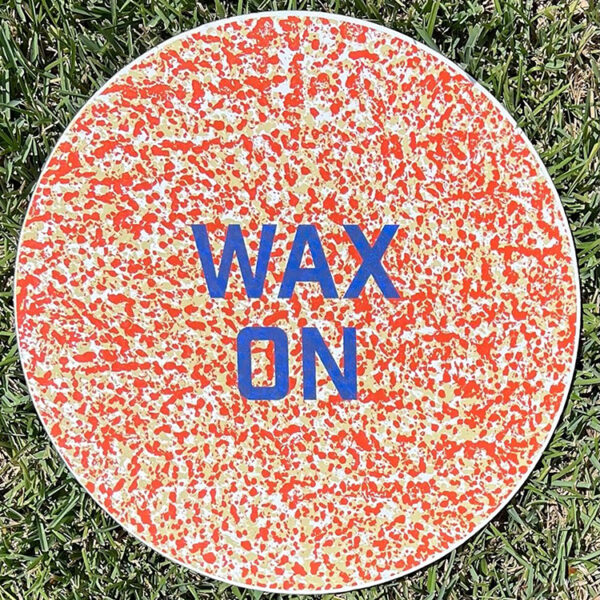 “’Surf Art’ usually means paintings of fantasy waves, idyllic beaches, and airbrushed surfboards, but Ethan Thompson instead makes prints and printed objects out of the materials of surfing. Surfboard wax, foam dust, seawater and other elements are used to create patterns, which, in combination with text, reflect and comment upon Texas’s unique surfing culture, as well as the commodified aspects of surfing and its mediation in popular culture.” 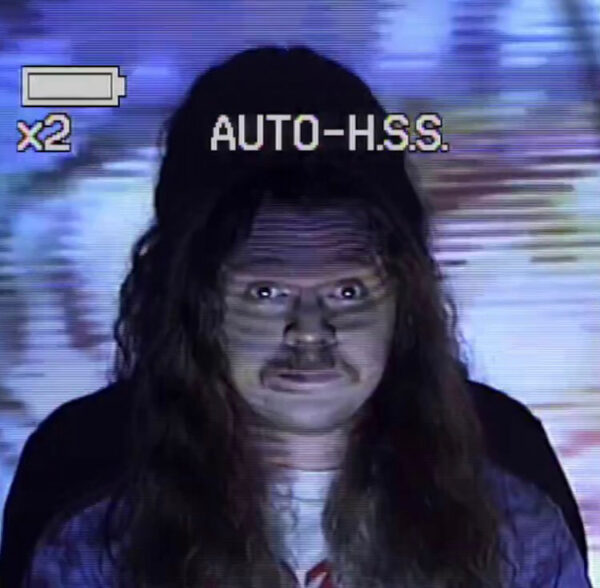 ChrisWicker sources from imagery consumed during the early 2000s to deal with concepts such as shared memory, trance, video consumption, and sensory bombardment through video, sound and installation. By manipulating, stretching, layering, and repeating sampled media, Wicker translates his personal viewing history into a hypnotizing experience for the viewer.

While crafting these compositions and being influenced by said past viewing history, analogue media, and intellectual properties such as Power Rangers and NASCAR, Wicker’s work provides insight on both past and contemporary media consumption, the affective properties video has and video itself through media sampling.”