Last fall, the Blaffer Art Museum presented the first solo museum show work by Houston-based artist Jamal Cyrus. On the heels of this exhibition, which traveled to the Institute of Contemporary Art, Los Angeles, one Texas museum has acquired a piece by the artist, and another is opening a solo exhibition of his work.

In January, Ruby City announced the acquisition of Mr. Cyrus’ large-scale fiber work titled, Inner Necessity to Outer Time (Run Mary Run). The counterclockwise arrows and numbers in the piece reference dance and music traditions that are meant to invoke trance states and come from La Place Publique, or Congo Square, which is located in the Tremé neighborhood of New Orleans. 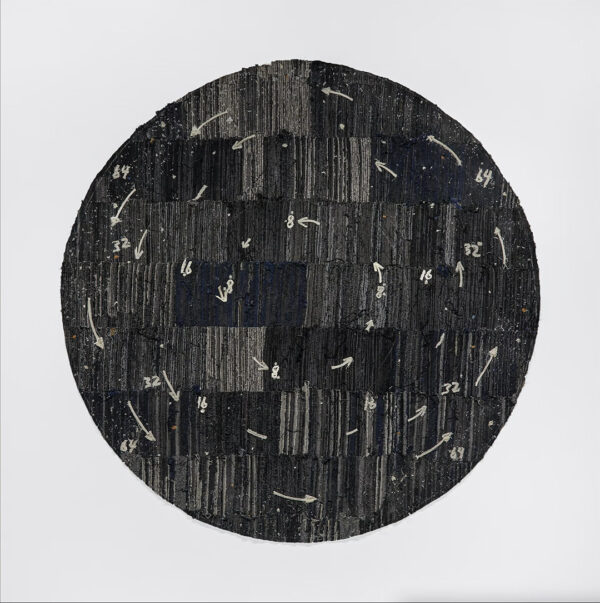 In a press release announcing the acquisition, Mr. Cyrus explained, “The diagram is superimposed onto the background of the cosmos. Interesting to note is that the Northern hemisphere stars travel clockwise around the pole star Polaris, which served as the navigational tool of the enslaved seeking to escape the plantation.”

Though the work is not currently on view at Ruby City, Texas art enthusiasts can see other works by Mr. Cyrus at the Modern Art Museum of Fort Worth from April 1 through June 26, 2022. FOCUS: Jamal Cyrus will feature new sculptures, drawings, and assemblages that draw inspiration from the music and legacy of Fort Worth native, Julius Hemphill. Mr. Hemphill attended I.M. Terrell High School, the city’s first Black school (opened in 1882 and closed in 1973), which was known for its strong program that produced many great musicians including Ornette Coleman, John Carter, and King Curtis. 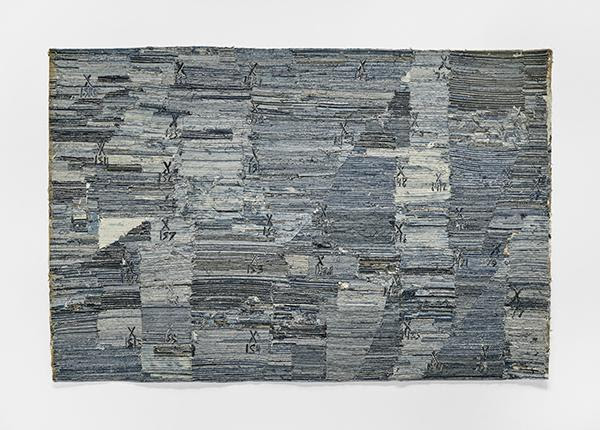 Additionally, this exhibition will explore the relationship between land and musical culture, which is described on the museum’s website as, “a connection that stems from the concept of ‘alluvial soil,’ a phrase coined by William Ferris in the book Blues from the Delta. Alluvial soil describes the material sediment, including clay, gravel, and alluvium, that spills over and deposits onto the banks of flooded rivers and is rife with fertile possibilities, forming in agriculture and eventually spilling out into the cultural.”

Leading up to the exhibition, Mr. Cyrus will be the guest speaker for an upcoming Tuesday Evenings at the Modern Lecture on March 29 at 6:00 pm. Register to attend this talk in person, or find the link to watch it live at the Modern’s website.

Fleshing Out the Canon: “Women Painting Women” at...