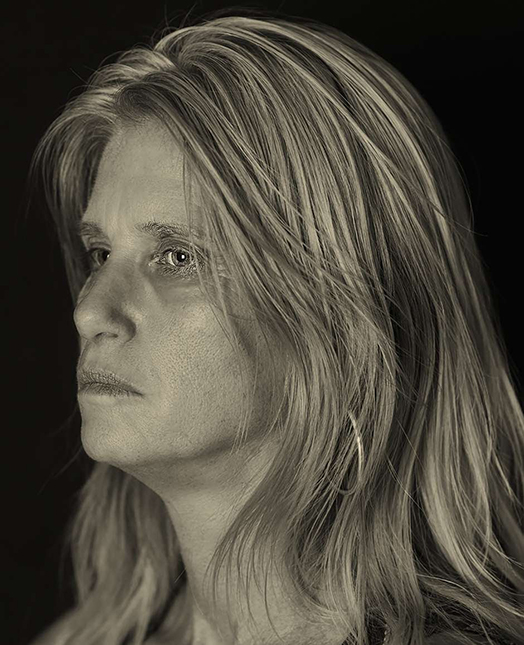 San Antonio-based artist Katie Pell has died. The cause was complications from cancer. She was 54.

Born and raised in Wilmington, DE., and a San Antonio resident since 1995, Catherine Anne ‘Katie’ Pell received a BFA in painting from Rhode Island School of Design, and later an MFA from University of Texas at San Antonio. Tributes to the artist have been pouring in over social media accounts, including this one from a page listed as Ruby City: “Rest in power, Katie Pell! We are saddened by the passing of such a major force in the San Antonio art community and beyond. Our hearts go to the family and friends of Katie Pell. Thank you for reminding us to be fearless and become the feminists we ought to be. You will be missed.” Pell’s work Bitchin’ Stove was recently acquired by Ruby City.

A Go Fund Me account recently set up by Rebecca L. Dietz to benefit Pell raised nearly $20,000 in one day, and now exceeds $51, 000. In another post from a Facebook account listed as Ruiz-Healy Art: “We are deeply saddened by the passing of Katie Pell a fearless artist. Our heart goes to her daughter Bygoe, close friends and family. The San Antonio artistic community has lost one of the most authentic artistic voice.”

Pell’s work is in the permanent collections of the New Museum, San Antonio Museum of Art, and Linda Pace Foundation, as well as public art commissions throughout San Antonio. In 2018, she exhibited her work at the Columbia Museum of Art, South Carolina, in an exhibition titled Something’s Happening: The Big Art of Katie Pell.

In 2017, Pell lost her husband, Peter Zubiate. As reported by Nicholas Frank in the Rivard Report, Pell is survived by parents Anthony and Elizabeth, brother Charlie Pell, and daughter Bygoe Zubiate. An exhibition of the artist’s work is currently up at Ruiz-Healy Art through January 18.

A memorial party for Pell will be held on Thursday, Dec. 26 at 4 p.m. at Ivy Hall in San Antonio.

In 2018-19, Glasstire commissioned Walley Films to produce a series of San Antonio-based artist portraits. Below are links to the four videos featuring Pell.

Our dear, strong and fearless Katie! What shall we do without her voice? It is a sad day for San Antonio and for our artist community. Bygoe, we are all with you and here for anything you need. Our hearts join in sympathy and love for you.

Very sad. Katie (and husband Peter) were vital to the San Antonio creative community. Ramin Samandari’s photo portrait is a powerful view of our precious friend.

I was truly saddened by this event,.

It’s hard to fully share stories of her wit and humor. She was so honest. People will discover things in her work for years to come.