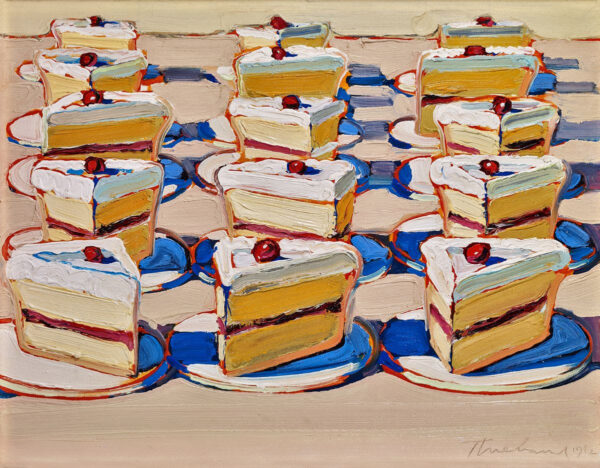 “Steeped in memories both personal and cultural, the art of Wayne Thiebaud is comfortingly familiar and evokes reflection on our own experiences with the people, places, and foods we love. Thiebaud is best known for his tantalizing paintings of desserts and has long been associated with the Pop Art movement. Wayne Thiebaud 100: Paintings, Prints, and Drawings celebrates the artist’s 100th birthday through 100 works representing the artist’s achievements in all media through an array of subjects. 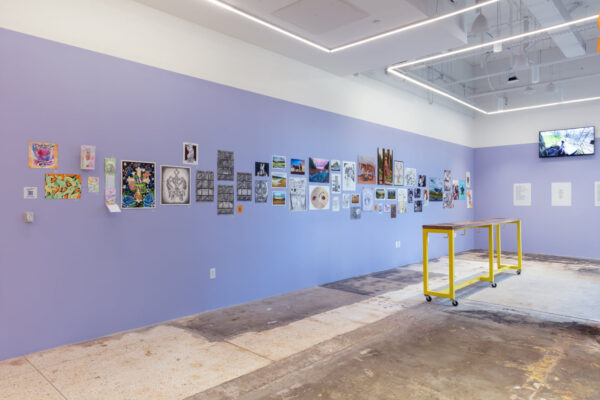 “The Pollock Gallery of SMU’s Meadows School of the Arts, in collaboration with Dallas-based nonprofit Miles of Freedom, hosts The Arts of Oppression, an exhibit and auction of more than 180 works by people currently or formerly in prison

The exhibit will feature pieces from the collection of the Darkwood Gallery, a San Angelo gallery devoted to showcasing creative works by current and former inmates, as well as historical references to the issues of mass incarceration, human rights and the criminal justice system. Co-curators of the exhibit are Sofia Bastidas, Pollock Gallery director, and Aidan Ellis, SMU Curatorial Minds Lab student fellow.” 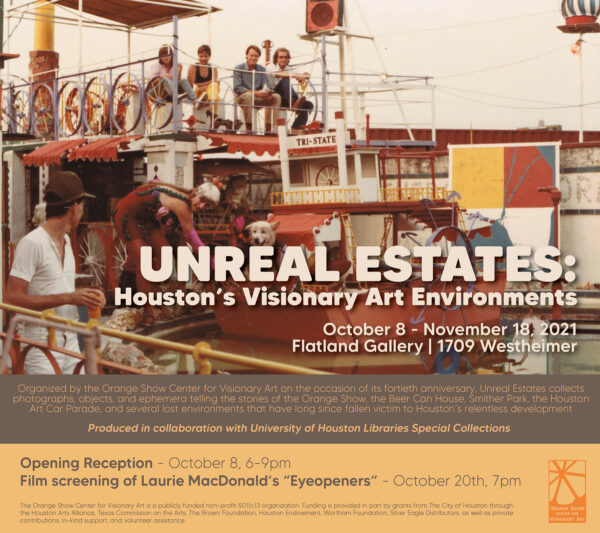 From The Orange Show:

As a way to celebrate the Orange Show Center for Visionary Art’s fortieth anniversary, Unreal Estates collects photographs, objects and ephemera telling the stories of the Orange Show, the Beer Can House, Smither Park, and the Houston Art Car Parade, as well as several lost Houston environments.

Artist and Archivist Cody Ledvina has spent the past year sifting through and cataloguing four decades of photos, artifacts, and hand-written notes in the Orange Show Center for Visionary Art’s archives, resulting in a dazzling array of previously lost and never-before-seen items that showcase both the evolution of the organization and Houston’s creative communities.” 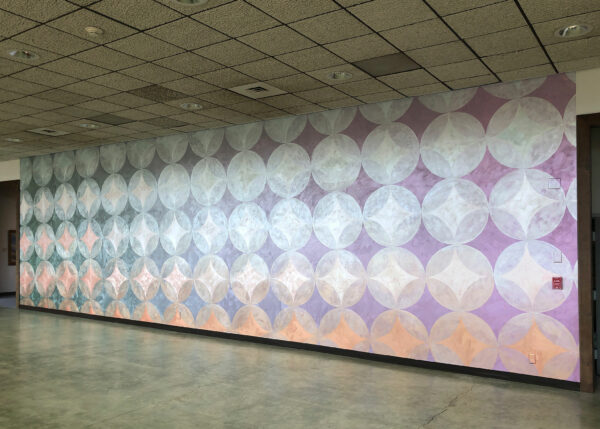 “The Invisible Genie presents Five Murals, an exhibition of prints and drawings by Jon Revett. This show features a selection of the work prior to and as a result of his recent mural work. Revett took a one year hiatus from painting, which resulted in works made in a myriad of media, including drawing, screen printing and digital work. The murals, collectively dubbed The Rural Mural Project, are executed in small towns across the Texas Panhandle, and all are site specific geometric abstractions.” 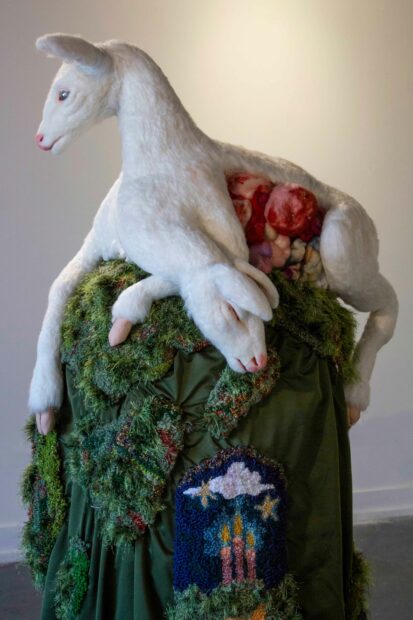 “Sueños (Dreams), features a variety of media including rug hook hangings, soft sculptures that incorporate rug hook and felting, as well as drawings and paintings. The works reference the artist’s dreams, rich with metaphors and punctuated by the folklore of her family and culture, particularly the artist’s beloved grandfather. The animal world, the land, vast skies of stars inform the stories she weaves and illustrates in her work.

Angelica Raquel Martinez is a multidisciplinary artist living and working in San Antonio, Texas. She earned her MFA from The University of Texas at San Antonio and a BFA from Texas State University. Angelica was born and raised in border city Laredo Texas, where much of her passion for Folklore and storytelling was kindled.”

That lamb looks seriously amazing, almost like a taxidermy. (is it?) super realistic