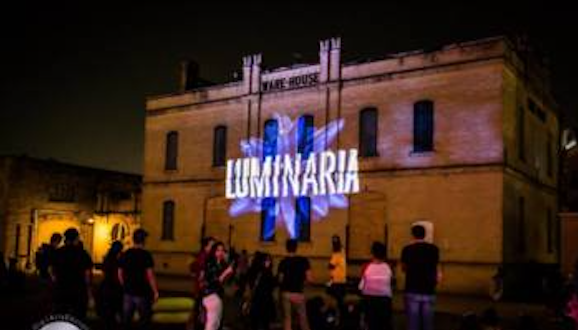 Though we know by now that everything is subject to sudden change, a few Texas art fairs and festivals are still expected to happen over the remainder of the year. (As reported here yesterday, the Dallas Art Fair will return in November.)

The 2021 edition of the Texas Biennial officially opens today (Wednesday, September 1) with simultaneous exhibitions in San Antonio at San Antonio Museum of Art, the McNay, Ruby City, and Artpace; and in Houston, at FotoFest. Individual closing dates vary by institution in the two cities, but most of the 2021 Texas Biennial program will be up through the end of the year. Check Glasstire soon for an interview with the Biennial’s curators.

Blue Star will also hold a screening of the video art exhibition on Thursday, September 23 at Legacy Park in downtown San Antonio.

Next month, the Chinati Foundation in Marfa will hold its 34th annual Chinati Weekend Open House. The event runs from Friday, October 8 through Sunday, October 20, and will include a site-specific ensemble performance led by trombonist David Dove, open viewing of the collection, and new exhibitions with work by Donald Judd, Hyong-Keun Yun, and Dan Flavin. Find more information here.

In November, the Luminaria Contemporary Arts Festival will return after skipping 2020. Fifty artists from around Texas will present live music, large-scale installations, film, dance, poetry, fashion, and more from 6pm to midnight on Saturday, November 13. The event is free and open to the public, and will be held largely outdoors at Hemisfair and the Henry B. Gonzalez Convention Center.