Note: Last weekend, Glasstire’s events and social media editor William Sarradet traveled alone by car to Rockport, on the Texas Gulf Coast, to attend the 14th Annual Rockport Film Festival, which screened at the Aransas Pass location of Movies, Inc., a locally operated, independent movie theater. Attendance at the theater was capped at 50% capacity, and face masks were readily available and mandated for all moviegoers. Total recorded cases of Covid-19 in Aransas County, for which Rockport serves as the county seat, remain below 400 at the time of this writing. 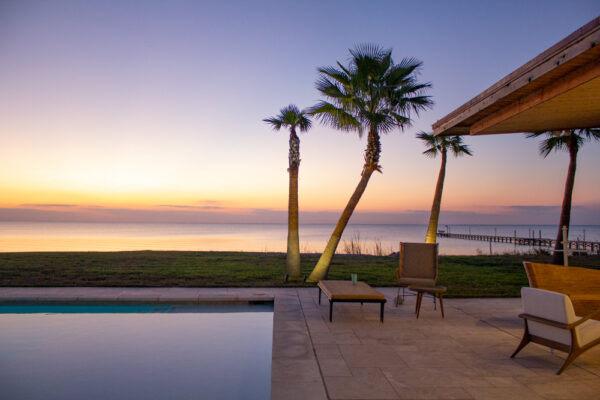 During an historic global health crisis, the coastal city of Rockport, Texas has been steadily rebuilding. Hurricane Harvey, which deeply impacted Rockport when it made landfall in 2017,  compromised housing, businesses, and infrastructure, and stemmed the city’s tourism economy that comes from the metro areas of  Texas.

In spite of all of this, the concentrated art community in this coastal town has managed to keep the momentum of culture moving forward.

Though there are commercial art galleries and independent art interests in the city, Rockport Center for the Arts can be viewed as the driving force for the art community. Directed by Luis Purón, RCA is coming into a new beginning at the unlikeliest of times. RCA’s historic building was destroyed by Harvey, and the Center moved into temporary digs and launched a capital campaign to rebuild and expand. Under Purón’s leadership, plans are underway to grow RCA’s footprint from its current Estelle Gallery space downtown, which is 3,700 square feet, to more than 20,000 with a new building and exhibition space as well as an expanded campus and new performing arts venue, all to be completed within the next two years.

Elena Rodriguez, Curator of Exhibitions at Rockport Center for the Arts at the red carpet opening for the 14th annual Rockport Film Festival

The Rockport Film Festival, which took place November 12-15 this year, is the city’s 14th edition of the event. Rockport Center for the Arts has not cancelled any programming in spite of the pandemic, though it had to postpone one program as shutdowns began rolling across the country. The Center’s Board President Mary Hime says that this year’s annual Silver Meltdown event (a fundraiser and jewelry sale) actually made more money than last year, though the auction shifted from a two-hour timeline to twelve hours, to accommodate socially distanced guidelines that result in limited attendance. “We were stubborn about finding a way to do programming safely. We figured out how to do a class without getting Covid,” says the Center’s Deputy Director Karen Ernst. “We recognize some of our members are in a sensitive class,” possibly referring to much of the RCA’s membership, and the overall community demography, made of many Coast-loving retirees. 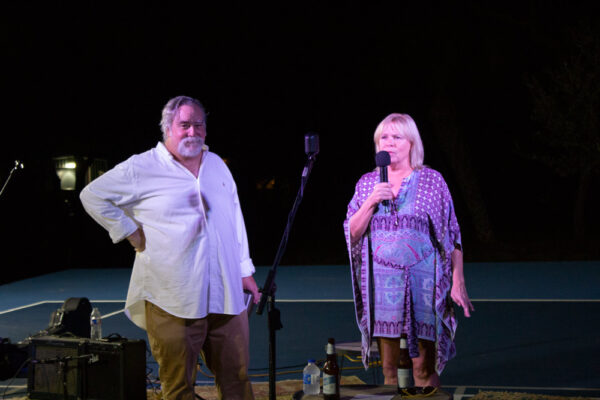 The four day-long Film Festival opened at a red carpet party at the private residence of Allen Gilmer and Riki Rushing, the producers of this year’s headliner film, Death in Texas, directed by Scott Windhauser. Programming for the Festival is organized by RCA’s Curator of Exhibitions, Elena Rodriguez. The Festival, scheduled eight months after the initial wave of shutdowns across the United States, is an emblem of this community’s determination to continue cultural programming in spite of a public health crisis that makes any kind of gathering difficult.

As many metropolitan areas of the country have estimated the feasibility of gatherings, rural parts of the state have considered the question in reverse: are our small towns less prone to viral spread? Aransas County, in which Rockport sits, has less than 400 coronavirus cases on record for the year at the time of this writing, likely influenced by a small population (below 10,000), and diminished tourism travel. Regardless, RCA and the Festival’s organizers are mindful that precautions are necessary. Attendance to the Festival guaranteed no more than 50% capacity at screenings, and demanded all attendees wear masks. Custom-printed masks for the festival were offered upon entry. 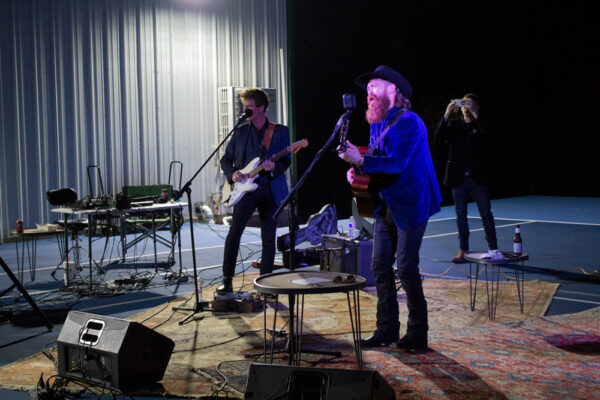 After arriving into town, my next prerogative was to see some movies. In Part 2, I’ll review the films of the Rockport Film Festival, an international collective of the cinematic arts in a very interesting year.

Note: Travel accommodations for this piece were subsidized by Rockport Center for the Arts.

“Resight” at El Rincon and the Birth of...