Christopher Blay and Christina Rees on a remarkable collection on view in Austin, solo shows by two veteran Texans, and a solo outing by a new Texan who’s developed some interesting recurring themes.

“‘Primordial ooze,’ which I like… she says her work has been ‘oozing’ for the last 20 years.”

To watch last week’s Top Five episode in which Christopher Blay and Christina Rees talk about a show that deconstructs our public-facing identities, a Hill Country show featuring 50 years of a Texas printmaker’s history, and a Dallas show featuring some deceptively sublime imagery, please go here. 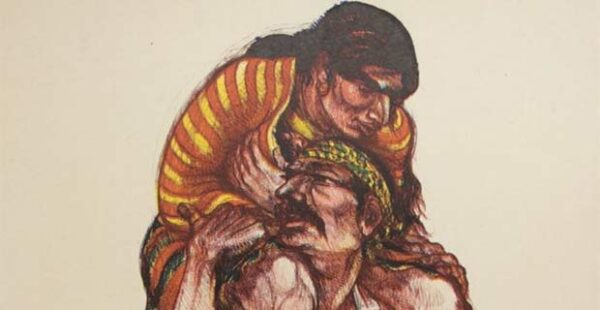 “In early 2020, Mr. Sandoval, a now retired reference librarian and subject specialist for art and Chicanx studies at The University of Texas at El Paso, donated his vast collection to Mexic-Arte Museum, which he had amassed over 30 years. The Sandoval Collection is comprised of over 1,500 artworks, many of them created by Mexican and Latinx artists. It includes prints, photographs, paintings, sculptures, and popular art from the El Paso region, as well as Mexico.”

To read Glasstire’s first article in a two-part series on this exhibition and Sandoval’s collection, please go here. 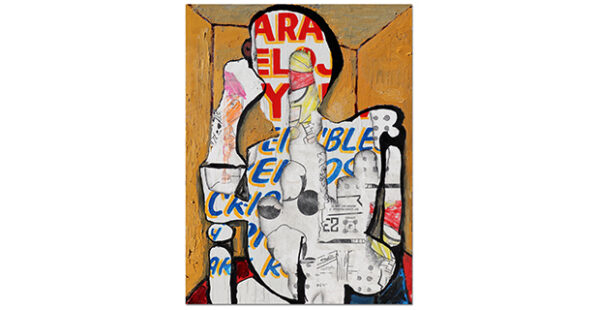 2. Cande Aguilar: It’s only BarrioPOP but I like it
April 9 – May 23
grayDUCK Gallery (Austin)

“In barrioPOP, we see Cande’s abstract expressionist’s painterly experience with bright color fields and forms extruded through the Play-Doh press of his 1970s and ’80s popular culture upbringing. barrioPOP is an interconnected series of mixed-media art installations, which represent various border town settings associated with a certain era and place, and it’s filled with opportunity for nostalgia. Anyone who shares history or appreciation for the unique cultural amalgamation of post-1960s Americana will find much to enjoy in this modern pop art view cast from the southern tip of Texas.” 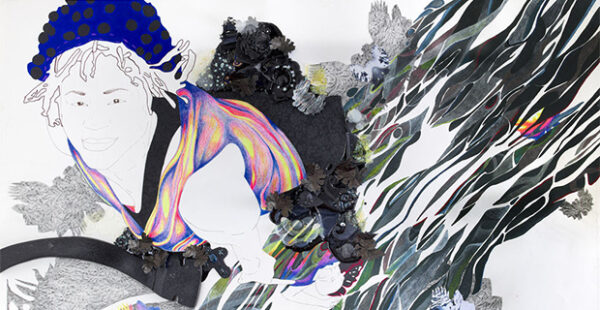 “Trinidad-born artist Nicole Awai’s multimedia works delve into her sense of identity and place, creating dimensional creations that reference Caribbean and American terrains, architecture, and the domestic sphere. She uses ‘sensation codes’ encouraging the viewer to read the work like a map. The evolution of this naming process became a way to map the cultural and ethnographic progression of our 21st century urban evolution.” 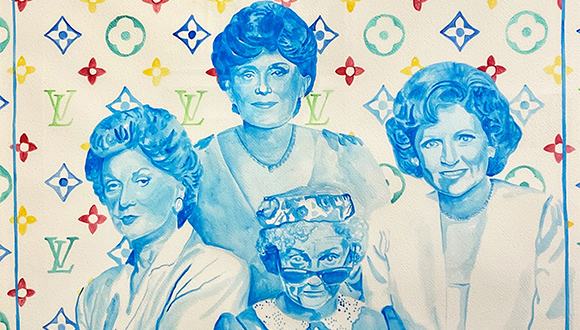 “As the title suggests, this exhibition is a sampling of the work created by Wheeler between March 15, 2020 and last week. During this time, Wheeler worked incessantly, leaving behind more than one hundred works within several concurrent styles and media. Wheeler gives equal and often simultaneous weight to experimentation and observation. His process is one of appropriating, re- purposing, re-contextualizing, hybridizing… toward a number of distinctive arti-factual ends that can range, for example, from the nostalgic to the critical and the gender-bending to the hyper-sexualized.”

Another exhibition from Wheeler at the G Spot Gallery in Houston is on view through May 31. For information, please go here. 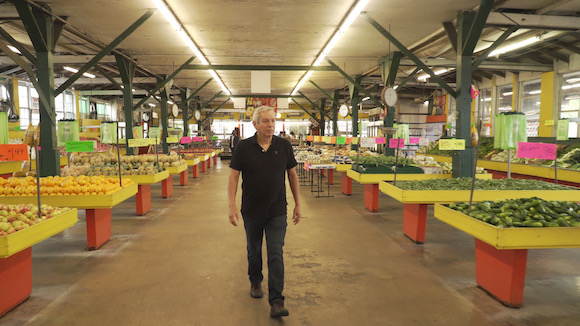 5. Truly Texas Mexican
PBS Member Stations and streaming (San Antonio’s KLRN will broadcast it on May 7 at 8:00 pm.)

From a Glasstire review of the series by Neil Fauerso:

“Medrano and Truly Texas Mexican view decolonization, in its poetic essence, as ‘meeting a stranger as a friend.’ In the last minutes of the film, all the people interviewed express their personal relationships to food, to the land, to history. There is something awe-inspiring in connecting to a past that stretches so far and so languorously that it feels akin to eternity. Texas, despite its seething brays of conservative loonery, is and always has been an ancient region. It’s history is in Galveston where Juneteenth was announced; at the last remaining Spanish aqueduct in the U.S. in San Antonio; the petroglyphs you can glimpse for a fleeting moment on the rock cliff faces while you float down Devil’s River; the purple shadows stretching over the Palo Duro canyon like some giant unseen flying saucer was passing right above. And it’s in the food most of us here eat.”