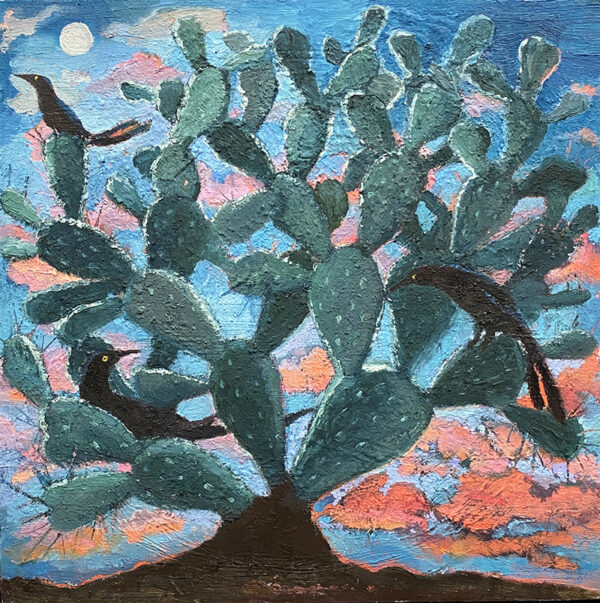 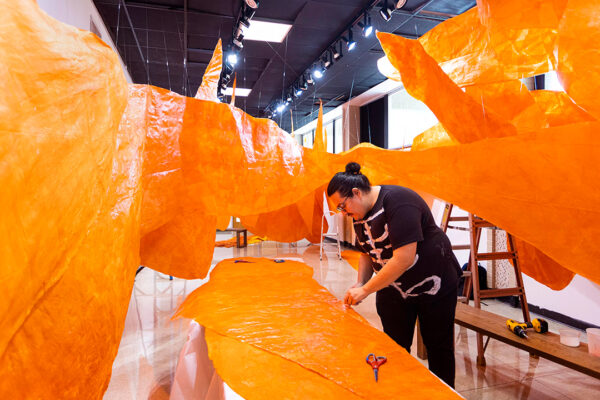 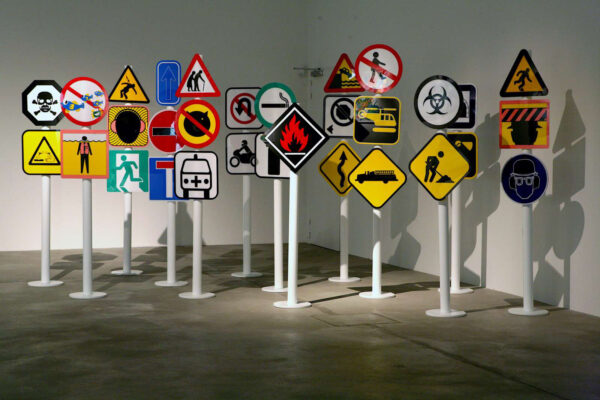 From Rice University Moody Center for the Arts: 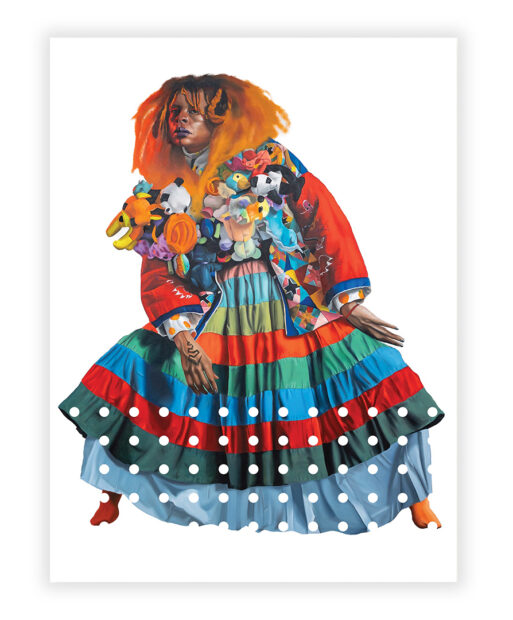 From Daisha Board Gallery:

“Defiant is about taking up space. Taking up as much space as necessary. For hundreds of years Black Americans have been asked to shrink ourselves and take up as little space as possible in an attempt to make others around us more comfortable. This ‘request’ has come in many forms, from deeming the way our hair grows from our scalps as ‘unprofessional,’ to critiquing the way we communicate with one another in public spaces as being “loud and ghetto”. It has even come in the form of internalized “anti-Blackness” by self-governing so that we appear to be as non-threatening as possible in an attempt to be seen as one of the ‘good ones.’

We have been taught historically in order to keep ourselves safe, we must not draw unwanted attention. Don’t be loud. Don’t be flamboyant. Don’t tell anyone you enjoy a hyper-niche anime series. Don’t rock the boat. We assimilate (even if in a small way). Refusing to acquiesce to make someone else feel comfortable is treated as an act of aggression. So in this way, choosing to wear your hair naturally, or making outlandish fashion choices, or generally being your unapologetically authentic ‘Black-ass-EXTRA-self,’ is an act of ‘defiance.’

Defiant is about owning our ‘extra-ness’ especially when it isn’t welcomed, and being ‘extra’ anyway.” 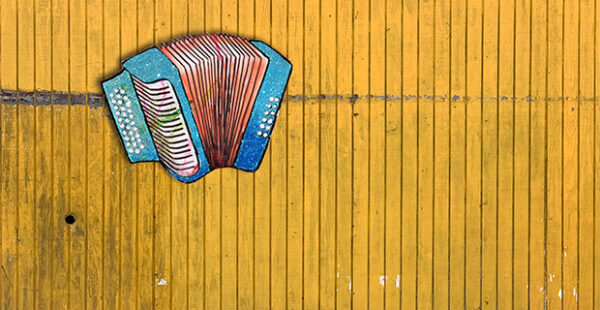 From Laredo Center for the Arts:

“Everything has meaning by virtue of its context. Likewise, most art is enigmatic when removed from its historical and cultural context.

It can take a lifetime to master learning to appreciate a single visual language and, like literature, it can require a lifetime of ardent dedication to learn to master the semiotics of multiple visual idioms.

But if one knows the history of Post-Impressionism, Surrealism, Abstract Expressionism, Pop Art, Neo-Expressionism, Mexican Arte Popular, Neo-Mexicanism, Nueva Figuración, Chicano art and the emergence of Street art’s Lowbrow aesthetics than one can recognize the artistic sources that provide context for Cande Aguilar’s visual idiom. If one is acquainted with the artworks of Van Gogh, Pablo Picasso, Marcel Duchamp, Leonora Carrington, Clyfford Still, Luis Felipe Noé, Willem de Koonig, Andy Warhol, Jean-Michel Basquiat, Mel Casas and Manuel Miranda then one can appreciate the way in which Aguilar has drawn on the achievements of his predecessors to create his own syncretic aesthetic that is simultaneously aware of historic context yet uniquely innovative. His artwork has a highbrow intellectual sensibility but also a viscerally lowbrow gestalt which reflects an authentic cultural expression of the inherently syncretic Mestizaje experience along La Frontera.  ~ Joseph Bravo (art historian, curator & critic)”

This is wonderful! Laredo Center for the Arts is derp in my heart as I am a board member and to see it featured in here is just amazing! I had the pleasure of meeting Cande Aguilar at his opening and visiting the Ana Laura Hernandez exhibit as well. Both along with other artists we’ve hosted and feel very excited of the work we are doing in Laredo to keep Art at the forefront of top things to do in our city. Forming relationships with popular artists is important to us as we continue to invite them to be given tribute to by their hometown or nearby border cities.
Also, as a graduate from St. Edwards with my Major in Fine Art, to see a fellow hilltopper getting some very cool recognition here with his dimensional installation design mural. Congratulations to him! And to Glasstire, congratulations for your undeniable mission of keeping your subscribers interests at the highest scope of your information.
Thank You!