In Pictures and Words: The Early Days of Women & Their Work 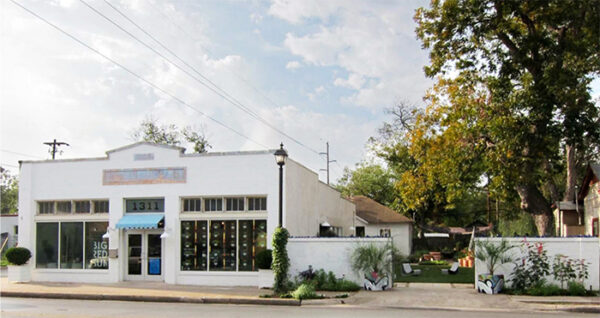 The history of the Austin non-profit gallery Women & Their Work has been front and center lately. First the gallery purchased a permanent home last July at 1311 E. César Chavez Street after 25 years at its previous Lavaca Street location. Then last February, the 42-year archive of the gallery’s history, totaling more than 80 boxes of artist files, letters, contracts, media storage platforms and more, was acquired by the Smithsonian Institute.

Concurrently, and unbeknownst to the participants, three friends that were there from the early days of W&TW — Carol Ivey, Melissa Miller, and Claudia Reese — began documenting their art life in Austin. I spoke to Ivey for an Artist on Artist podcast interview (which will be published later this week). Excerpts from the artists’ recollections sent to Glasstire appear below, along with photographs that shed some light on the beginnings of the W&TW.

“In 1977 three Austin women artists — Rita Starpattern, Deanna Stevenson, and Carol Taylor — planted the seeds that grew into Women and Their Work (W&TW), one of Austin’s most enduring visual arts organizations. They produced the organization’s impressive inaugural event ‘Women and Their Work’, a multi-disciplined festival that showcased women working in the visual, literary, and performing arts at numerous city-wide venues.

“The story of W&TW is foremost one of community. Many hands and minds, along with time and energy contributed to the development of the organization. This document, compiled by original members of the W&TW Exhibition Committee, was written to contribute additional information about the early history of the organization. It details the critical years, 1977-1980, when the organization would determine its path and goals. Under the leadership of Rita Starpattern, and with the support of other organizations in Austin, the Exhibition Committee worked tirelessly to ensure that W&TW would grow in scope and national visibility by elevating opportunities for women in the arts in Texas.” 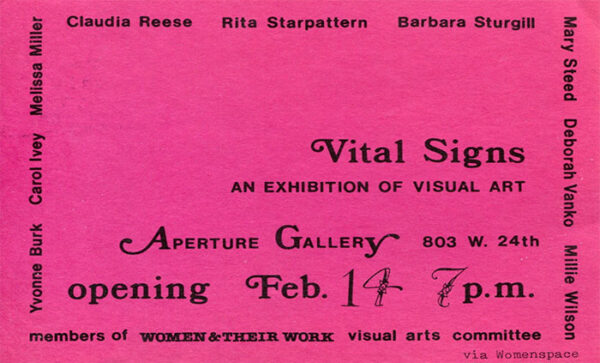 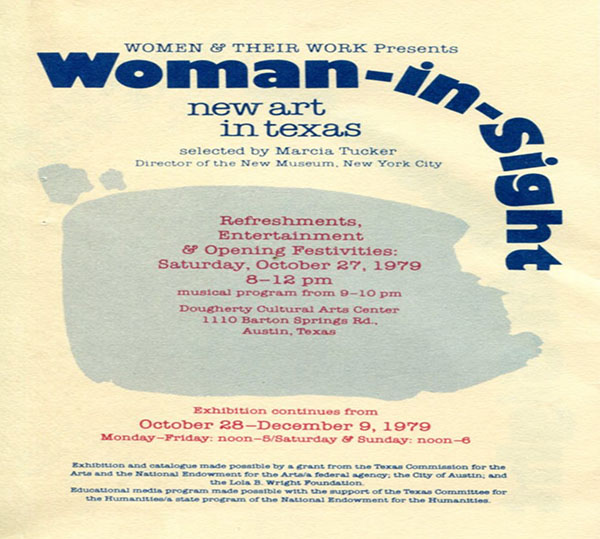 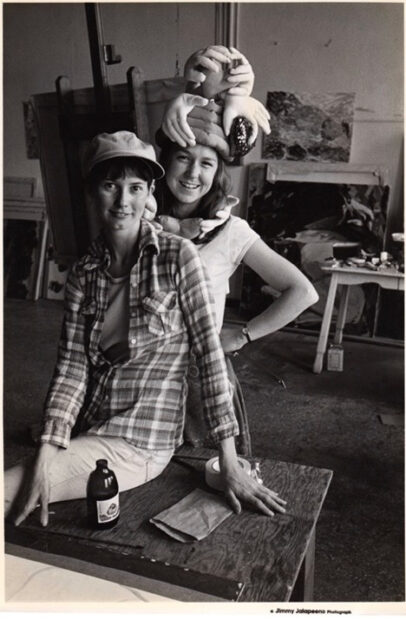 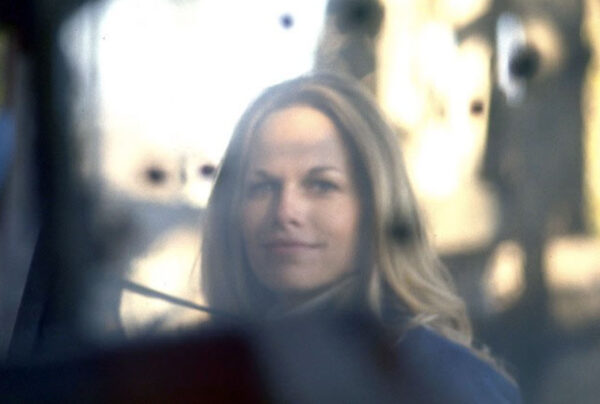 Timeline of Women & Their Work:

●  February 14-March 30, 1979: Vital Signs, an exhibition of work by the Women & Their Work Exhibition Committee, Aperture Gallery, Austin, and the Academic Center, University of Texas at Austin.

●  March 30-31, 1979: Women Artists: Forming a Texas Network, a slide presentation with a biographic and bibliographic publication in conjunction with the 10th annual “Women and The Law” Conference, Austin.

●  July 9-Aug 10, 1979: On Sight: Exhibition of Drawings and Photographs, a group show curated by Sherry Smith.

●  July 18, 1979: New Art in Texas by Women, a slide presentation of all the entries for the Woman-in-Sight exhibition, Dougherty Cultural Arts Center, Austin, 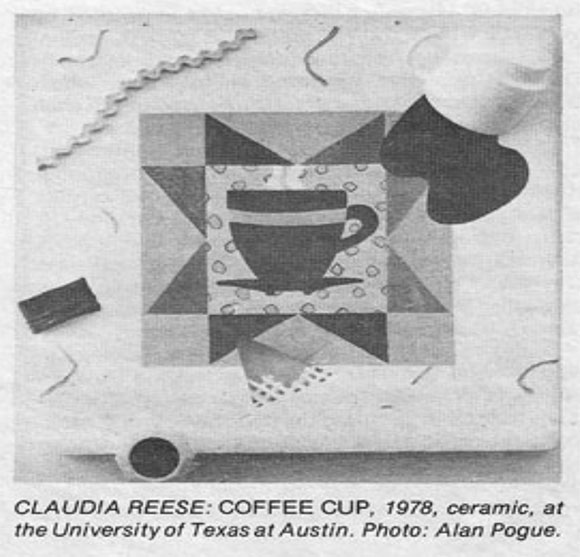 “One mission of W&TW has always been to promote art by women and help in the development of their careers. I am grateful to have benefited from the organization’s efforts. Being chosen to participate in the initial W&TW show at Laguna Gloria and ‘Women in Sight’ provided group exhibition opportunities and experiences. The studio visits among our W&TW team, the dialogue, and feedback provided insight and support for our visions and pursuits. The visit to Austin by Marcia Tucker, a key figure in the museum world, provided a role model and insights into the larger workings of the art world. Tucker’s brief time in the studio introduced her to my work and I believe played a part in her including me in two exhibitions: ‘The New Orleans Triennial,’ and the ‘Venice Biennial.'” 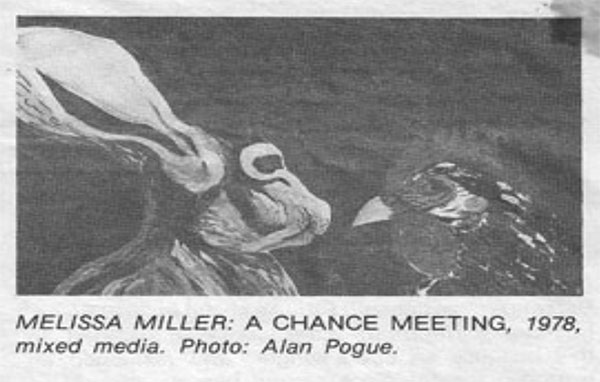 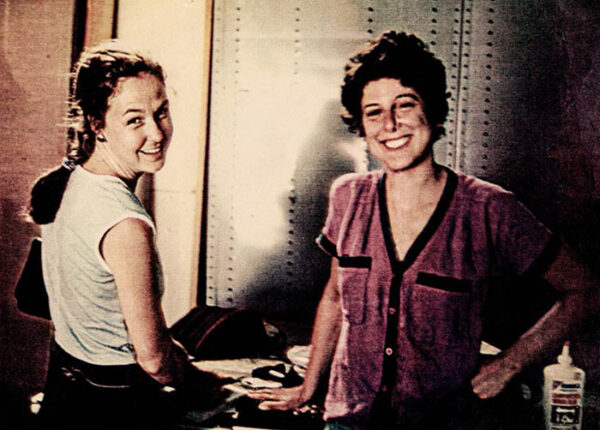 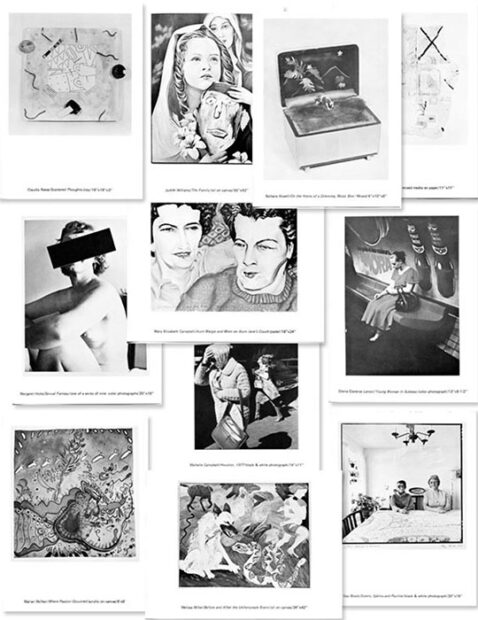 “Arriving in Austin in the summer of 1977, having just finished a semester artist in residency at Univ of N Colorado in Greeley, and prior to that 3 years in Washington DC involved with Washington Project for the Arts and Gallery 10, a women’s coop gallery, I was ready for the next stage in my career as an artist. It took a while to settle in, find housing, studio space, people. Was there a women’s network? Where were the galleries? The answers invariably came back: talk to Rita Starpattern. I finally contacted her in late December. Skeptical at first, seemingly weary after the festival she had produced (which I totally missed) and not a little wary of this outsider, she humored me, set up a second meeting inviting Barbara Sturgill. The three of us called every Austin woman artist we could find and the seed of the Exhibition Committee was planted. Now Rita had a little army called the Exhibition Committee that took on a life of its own. The women involved (see list) organized studio visits, critiques, resume writing sessions, — we were consciousness raising for ourselves as artists and for women artists everywhere. We learned something about publicity, designing and printing professional looking announcements; public relations, talking to the press; grant writing, arts councils, city government, rehabbing: turning a barracks into a viable gallery space. We learned a lot about organizing a large event, and even more about each other.” 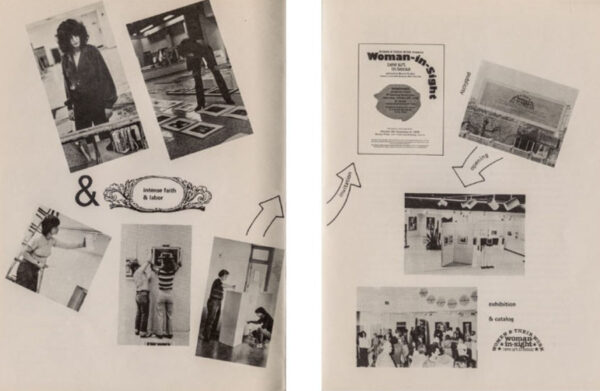 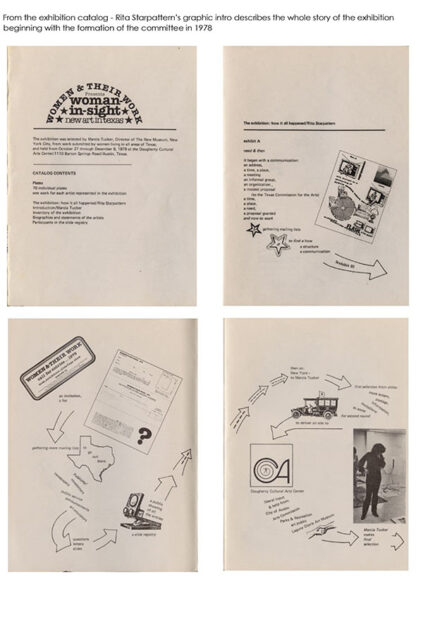 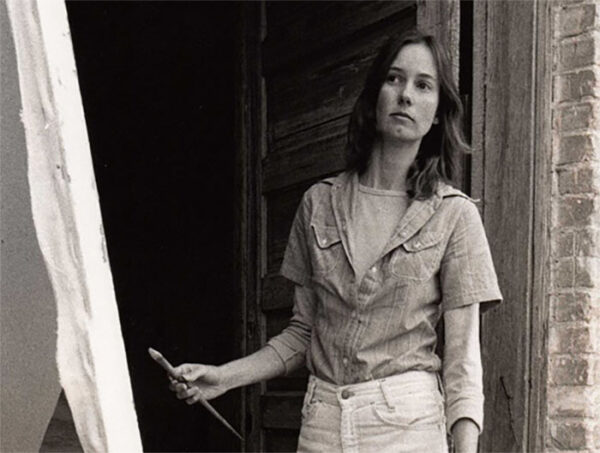 “When I joined the exhibition committee in May of 1978, I was several years out of art school, sharing a studio space with Melissa Miller and building a body of work. I had exhibited in the W&TW exhibition at Laguna Gloria the year before and was excited to be working with Rita Starpattern and this group of women artists, making new friends and deepening existing friendships. We were immediately off and running, holding regular meetings in each artist’s studio, supporting each other while learning all aspects of publicizing and mounting exhibitions as we created them. Everything was done to the highest professional standards giving me a foundation to carry forward in my studio practice as well as my work in the fields of education and art services. It was gratifying to see what we could accomplish together. It changed our wider art community, and it changed us.” 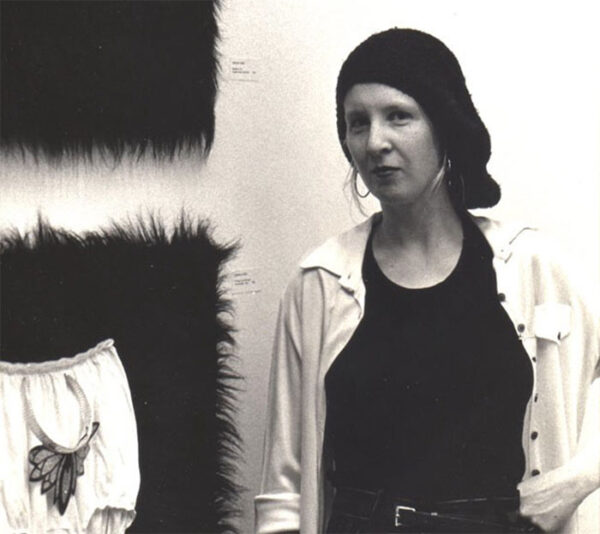 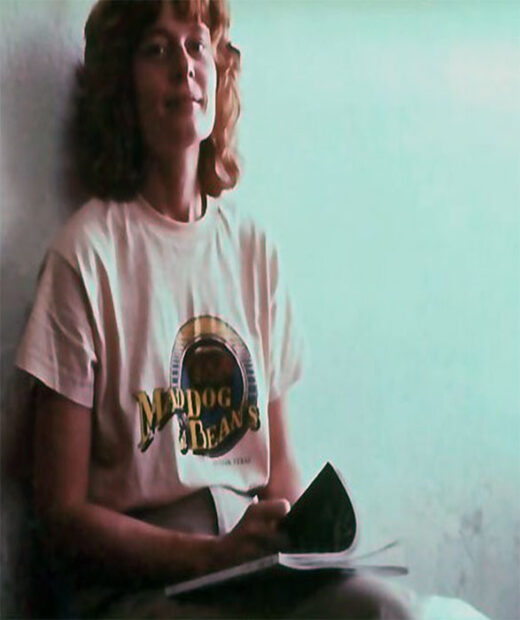 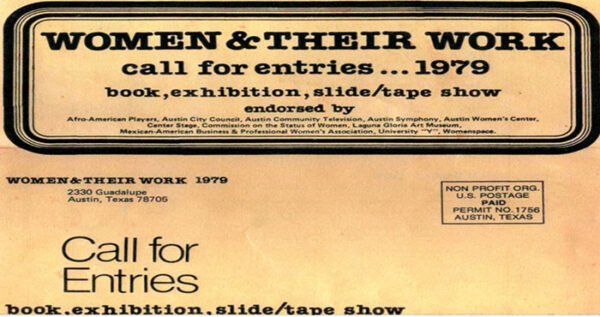 Women and Their Work early call for entry flyers.

“By 1980, W&TW was thriving with a successful track record of exhibitions, publications, and events. With funding from the City of Austin, the Texas Commission for the Arts, the Parks and Recreation, and private donations, the organization was well positioned. With a sense of pride and accomplishment, the Exhibition Committee members ceased to work as a group, though several of the members continued to work with or support the organization in numerous ways.

“The surviving Exhibition Committee members submitting this document are grateful for the opportunity to share their history. We wish to thank the past and present boards of W&TW for the generous gifts of time and effort, and Chris Cowden for her many years of unflagging commitment, exceptional leadership, and strengthening of the organization and its profile. We also congratulate W&TW on the purchase of their first permanent home and look forward to watching the organization’s continued growth and service.”

Congratulations to Women and Their Work on their recent move to a new space and their decades long dedication to women artists of Texas and beyond. W&TW is indeed a Texas treasure and it’s great fun to see Mellisa Miller, Claudia Reese and Carol Ivey and a host of other artists, as well as the many talented directors who have contributed to its growth and success. I know that all are proud of the Smithsonian’s acquisition of the archives and that the Texas arts community looks forward to many more years of this historic venue.

I did a sound work for women and and their work years back, On a downtown street in austin where a building once stood. I developed the work and used 4 speakers to fill the space with sound .. My name is Gerry Frost

Women and Their Work is a gem in Austin. Your new space is exquisite.