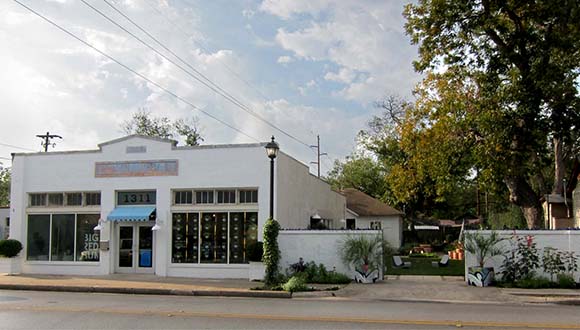 Women & Their Work (W&TW ), the long-running Austin nonprofit art space dedicated to showing contemporary art created by women living and working in Texas and beyond, has purchased a permanent home at 1311 E. César Chavez Street in Austin.  For the past 25 years W&TW has been at 1710 Lavaca Street, near the state capitol. That building was sold in 2017, and since then, W&TW stayed there while it looked for a new home.

Since February, W&TW has reportedly raised more than $1.25 million toward the $3 million building price — before the shut downs due to the Coronavirus pandemic that began in March. The funds were raised via Zoom fundraising parties, with 80-plus individual donors, as well as donations from lead benefactors Katelena Hernandez Cowles and Jay Cowles. Additionally, W&TW is raising $250,000 for renovation and relocation expenses, and has obtained a $1.75 million mortgage on the property.

The  3,680-square-foot building, four blocks east of downtown Austin, was constructed in 1936 and was unoccupied for the previous 20 years before the last occupants, a landscape company called Big Red Sun, moved in. After the landscape company departed, and after an exhaustive search by W&TW for a new location (28 months and 32 spaces later), the building on César Chavez became available.

“We put the contract in the first week of February and began raising money, and then everything shut down in the middle of March,” says Executive Director Chris Cowden in a phone interview with Glasstire. “So everything had to happen online. We closed on July 15.” 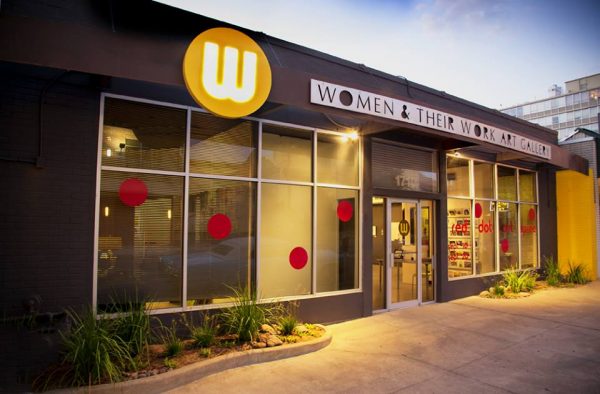 Women & Their Work in Austin, Texas

The lease at W&TW’s current location is up on December 31, and the gallery will move into the César Chavez location on January 1, 2021. “We had a show scheduled for January, but we just want to take a look again over the next few weeks and see what’s going on at that time.” An announcement will be made in August regarding that first show, Cowden says.

Beyond the more than 80 individual donors and funding from the Cowles, donors to W&TW’s building project include The Ford Foundation; The Still Water Foundation; The Alice Kleberg Reynolds Foundation; and the Meyer Levy Charitable Foundation. The capital campaign, now within 6% ($231,000) of  its $3.25M goal, concludes September 30, 2020.

For more information on Women & Their Work, please visit it website here.

A Workshop For Artists Who Want to Hit...