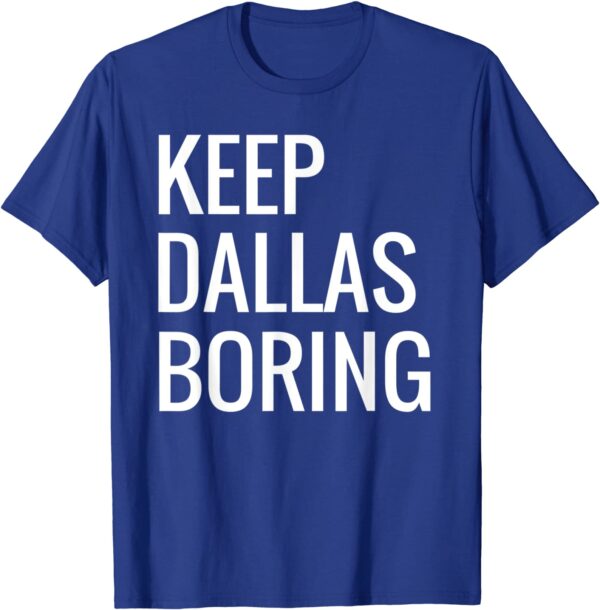 In April, I went with friends to see Beach Bunny, a young, energetic pop-punk band, perform at The Studio. The Studio is a bespoke sidecar venue to the Bomb Factory in Dallas’ Deep Ellum neighborhood. The all-ages nature of the show meant that young people from far and wide were lined up outside, forming a small crowd on the sidewalk. This is the essence of Deep Ellum: loud music, young crowds, and traffic everywhere you turn. However, the neighborhood has its own cycles of fast and slow. When I arrived in town, in 2013, the area felt all but abandoned, and foot traffic was not guaranteed.Humble, experimental art shows have encircled the neighborhood with some regularity, but these days you’ll see live-and-work residential concepts, a competitive restaurant scene, and music venues of every size.

It’s easy to understand why young crowds, well dressed cosmopolites, and tourists in general spend their disposable cash in Deep Ellum. Dallas is a place of rapid transition, and Deep Ellum is usually an indicator of the general status of the region. Ten years ago, real estate developers were letting artists use their unoccupied spaces. In 2022, however, there’s less vacant space and much more to do in Dallas’ urban center; the neighborhood is now a locus of creativity, but the turnover can be high. The Bomb Factory, a massive live music venue that originally opened in the 90s, closed for nearly 20 years, and then reopened to great success in 2015. I know a Texas painter who moved to Deep Ellum a couple years ago, and then promptly moved out because the night life was too disruptive. Restaurants come and go all the time. In Texas, memories (and certainly memories of good art) are made in places that are not always permanent. 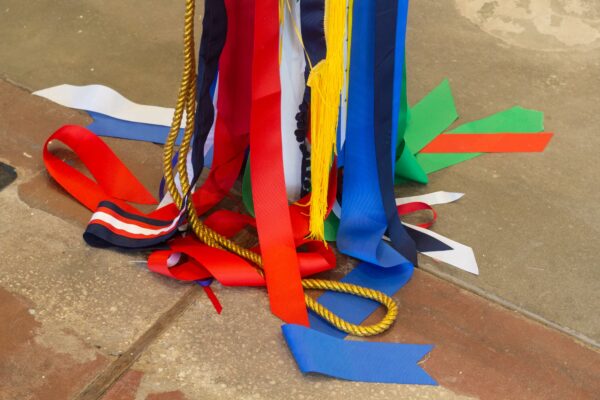 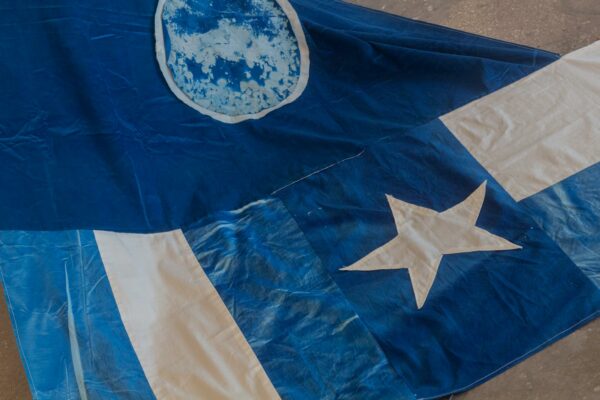 When I arrived at The Studio with my friends, something caught my eye: on the street, I saw a man wearing a purple shirt emblazoned with the phrase, “Keep Dallas Boring.” This is probably a play on the popular slogan “Keep Austin Weird,” coined by Austin librarian Red Wassenich in 2000. The phrase insinuates that Austin’s “weirdness” is under a general threat, and must be maintained. Its syntax successfully captures the imagination of creatives in other Texas cities, rendering its power for their purposes. However, Wassenich’s phrase was initially meant as a verbal expression of financial and operational support that he lent to local businesses and organizations, a slogan for a life of action. “Keep Austin Weird” is meant to reflect acts of support within the community. Does Dallas aspire to… bore?

Texas’ cultural map is compartmentalized by its size, which I think, in part, makes slogans inevitable. There’s no one catch-all phrase or attitude that can encapsulate Texas, and who doesn’t love a graphic tee? Concert-going music fans in Deep Ellum seem to be willing to get behind the “boring” label. However, art in and about our state and its cities has the ability to dig a deeper sentiment than a few short words can express. 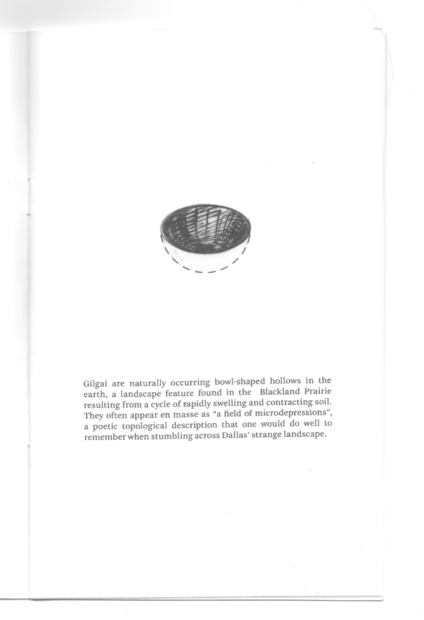 The first page from Isaac Dunne’s “This Week In Texas” zine, 2022

Thinking about what it means for a place to have an identity is a common theme in recent Texas exhibitions. Bottomland at Sweet Pass Sculpture Park in Dallas is a site full of sites; six artists that spent a year thinking about what has become of Dallas’ native Blackland Prairie. Isaac Dunne’s sculptural works, Porta Potties, include printed essays that examine the relationships between public space and implicit rhetoric. In Austin, Women and Their Work exhibited Alexandra Robinson’s show of morse code and flag semaphore, which are communication protocols used by the U.S. Army. In the show, rectangles and stripes are pleated into each other, or strung from the ceiling. The colors tangle and become difficult to decipher.

Similarly, Tina Medina’s exhibition Xicanisma, A Retrospective at the Latino Cultural Center in Dallas makes use of handkerchiefs and flags throughout the 20-year span of her career. While these works all have some relationship to symbols, fabric, and identity, it isn’t spelled out. These concepts are communicated visually, but they wouldn’t fit neatly on a shirt, nor should they have to. Shirts are merchandise, and exhibitions are spaces dedicated to exploring ideas — they have different goals.

Also in April, as I was driving into downtown Houston, I passed the train bridge above I-45 that has been known to be graffitied with the words “Be Someone,” which has become a beloved city landmark. Viewable only by car and without an author, its optimism and gritty typographic style has made it a perfect slogan for Houston. However, during my visit, it was nowhere to be seen, and instead had been painted over with the statement, “NO WAR KNOW PEACE”.

I felt a little shocked; I had expected “Be Someone” to be respected forever, which is unlikely for any street art (even pieces that are in hard-to-reach places). Of the overpass mural, Glasstire’s Publisher Brandon Zech (and Houston resident), said, “The fact that our most iconic tag dis- and then reappears is indicative of Houston’s general disregard for preservation/its ever-changing landscape.” The erasure of Houston’s iconic commute affirmation disappointed me, even though I don’t live in the city and wouldn’t see it daily. People form attachments to place, regardless of whether those places are natural or built. Slogans are how we caption our communities, but art is how we sift through what we are still learning about them. 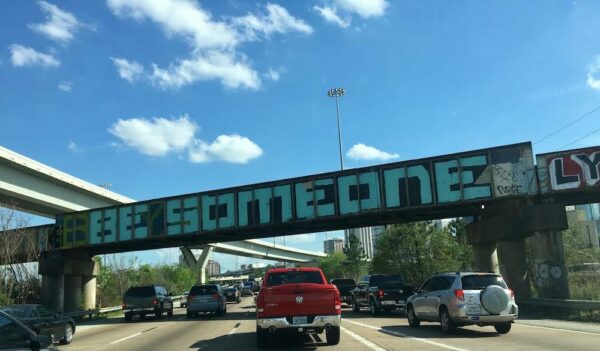 Photo via 365 Things to do in Houston

I realize that this reflection was sparked by a shirt that a stranger wore, weeks ago at that. My fixation is less on deciphering exactly what the shirt intends to communicate, and more on the feeling it exudes — that places are inevitably not ours. The battle for who gets to claim the cultural capital of our cities is eternal, and it wages on in every zone of the city where something cool is starting to catch on. In Austin, Houston, and Dallas, things are definitely changing, so I can empathize with claiming ownership of a statement that makes you feel like you get to be a part of where you live. If that means wearing a neighborhood shirt to your next concert experience, go right ahead. Whether you’re keeping Austin weird, or keeping Dallas boring, don’t forget to be someone.