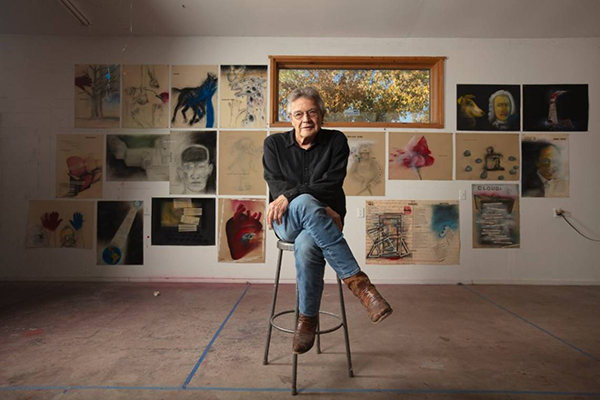 Artists Terry and Jo Harvey Allen, best known for their individual and collaborative transdisciplinary works, will join their sons Buk-ka Allen and Bale Creek Allen for a series of five virtual visit sponsored by the Texas Tech University Office of the Provost’s Outreach and Engagement department. The visits began yesterday, November 9, and run through November 13.

As part of the Terry and Jo Harvey Allen Center for Creative Studies at Texas Tech, The Terry and Jo Harvey Allen Collection houses over fifty years of papers, including audio and videos documenting the artists’s creative process. The virtual visits will be broadcast from the artist’s home studios in Santa Fe and Austin, and in the programs they will discuss their works, their lives and how they’ve navigated the COVID-19 pandemic. 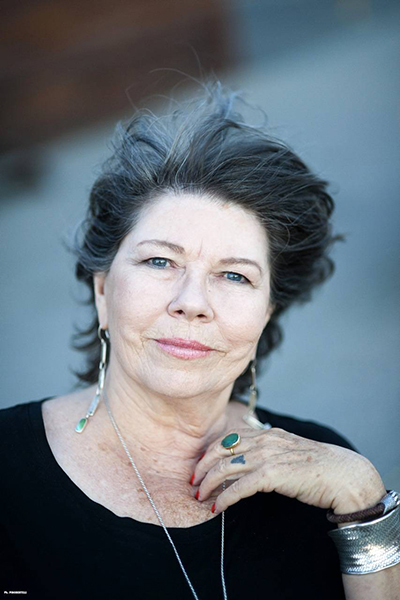 To register for one or all of the five virtual visits which will begin at 7:30 PM each evening, tonight through November 13, please go here.

Jo Harvey Allen, actress, playwright, poet, and pioneer of women in radio, is best known for her numerous film roles and critically acclaimed one-woman shows; called “A Storyteller in the Best Texas Tradition” by the LA Weekly, “Funny, Amazing, Profound…a knockout performer and writer who vanishes into her luminous material!” by LA Reader and “has elicited comparisons with Flannery O’Connor” according to the New York Times. Her co-starring film roles include David Byrne’s cult classic True Stories (1986), Fried Green Tomatoes (1991, dir. John Avnet), and The Client (1994, dir. Joel Schumacher).