The Blanton Kicks Off Live Stream Inside Ellsworth Kelly’s ‘Austin’

by Christopher Blay May 31, 2020
FacebookTwitterEmail 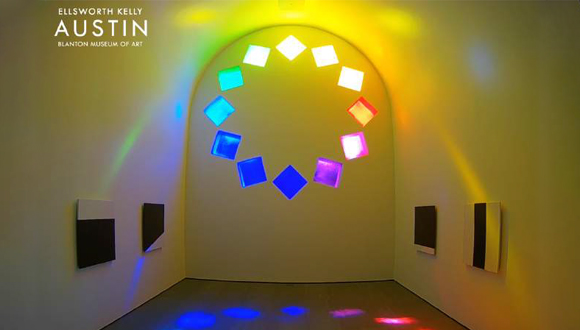 Image: Screenshot of livestream of Ellsworth Kelly’s Austin, taken at 10:32 AM CST

The Blanton Museum of Art at The University of Texas in Austin has launched an online portal to the experience of light and color inside Austin, the 2,715-square-foot building and work of art by American artist Ellsworth Kelly (1923-2015). Beginning today, May 31, 2020, the feed will reveal patterns of colored light created from the building’s stained-glass windows between sunrise and sunset. Kelly’s birthday is today, and the artist would have been 97.

Live footage from two webcams inside the space focus on the two stained glass window formations that receive the most sunlight. “Tumbling Squares” on the Austin‘s east facade and “Starburst” on its west facade will be visible from dawn to dusk.

“One of my favorite things to do as director of the Blanton is to take a few moments to step inside Ellsworth Kelly’s Austin,” says Simone Wicha. “While there, I’ve seen UT students taking a break from their studies and families whose children experiment with stepping in and out of the light, and I’ve often heard languages from travelers across the world. Ellsworth Kelly said that he wanted Austin to be aplace of calm and light. While nothing can replace the actual experience of being inside Austin, people worldwide can now take a peek from home and have that joyful, soothing experience virtually.” 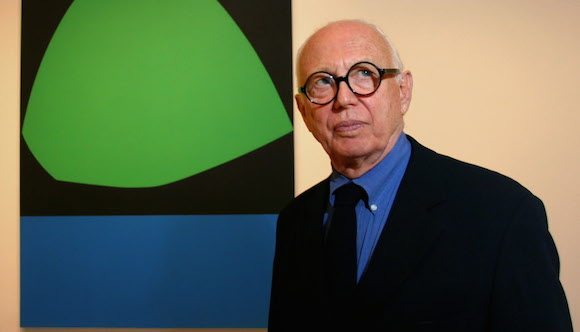 The popular work has been visited by more than 230,000 people since it opened in February 2018, and is described in the the New York Times as his “masterpiece, the grandest exploration of pure color and form in a seven-decade career spent testing the boundaries of both.”

To view the live stream, and for more information on the Blanton Museum of Art at The University of Texas in Austin, please go here.