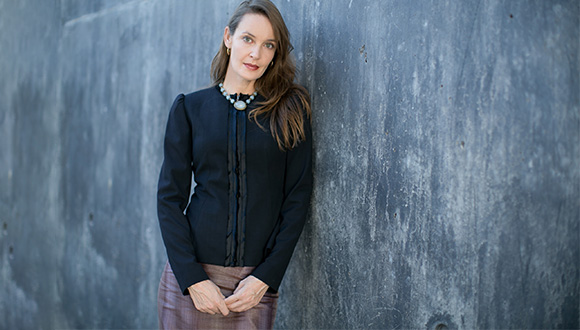 The summer and early fall has seen a few resignations, department hires, and appointment shifts at Texas art institutions. We announced the departure of Chuck Still from MATCH,  DiverseWorks hired a curator,  and both The Moody Center and the Dallas Museum of Art announced two new curators in April and July. The Blanton Museum of Art at The University of Texas at Austin adds to this list with the appointment of Vanessa Davidson as its new curator of Latin American art. Most recently the Shawn and Joe Lampe Curator of Latin American Art at Phoenix Art Museum, Davidson succeeds Beverly Adams, who was named the Estrellita Brodsky Curator of Latin American Art at the Museum of Modern Art in April.

Pioneering in its role as the first museum in the U.S. to have a curatorial position dedicated to modern and contemporary Latin American art, the Blanton’s collection of Latin American art boasts 2,800 objects from Latin America, including modern and contemporary painting, prints, drawing, conceptual art, installation, video, and more. In that area, the Blanton also recently announced the endowment of a curatorial position by the Carl & Marilynn Thoma Foundation as well as the acquisition of the Huber Collection. 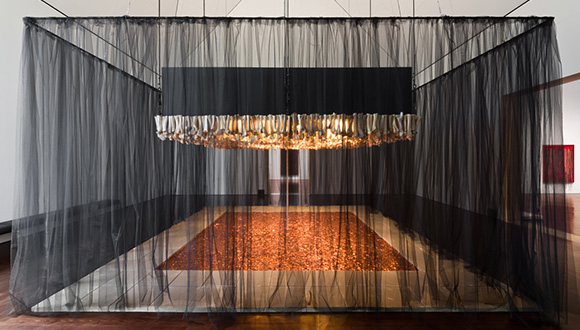 Cildo Meireles, Missão/Missões [Mission/Missions] (How to Build Cathedrals) is in the Blanton Museum of Art’s collection.

Says Davidson: “I am thrilled to join the Blanton’s unparalleled program and dynamic team as curator of Latin American art. I look forward to the opportunity to curate and develop the museum’s collection, to collaborate with its Latin American curatorial team, and to engage with the extensive UT Austin community of professors, scholars, and students to further understandings of Latin American art. My aim is to continue to participate in international dialogues about what art from this region is and can be, and also to involve more young scholars in such global conversations.”

In her role at the Blanton, Davidson will manage the presentation and development of the collection, organize exhibitions, and conduct research. She will also continue the Blanton’s collaboration with LLILAS Benson Latin American Studies and Collection and the CLAVIS Center for Latin American Visual Studies alongside other UT faculty and researchers, which is a unique facet of the Blanton’s program.

“Vanessa’s wide-ranging knowledge of Latin American art, from modern and contemporary to colonial, will be an asset as she continues to grow the Blanton’s program,” states Carter E. Foster, the Blanton’s Deputy Director for Curatorial Affairs.

Davidson’s curatorial projects at the Phoenix Art Museum included 13 exhibitions on major figures in Latin American art, including Carlos Amorales, Valeska Soares, Paulo Bruscky, Antonio Berni, and Rufino Tamayo, whose works are all represented in the Blanton’s collection. Before her work in Phoenix, Davidson held research, curatorial, and exhibition assistantships at the Metropolitan Museum of Art, NYC, and The Museum of Fine Arts, Boston. She holds an undergraduate degree from Harvard University and a PhD in 20th Century Latin American Art History with a minor in Spanish Colonial Art from the Institute of Fine Arts at New York University.

For more information on the Blanton, please go here.