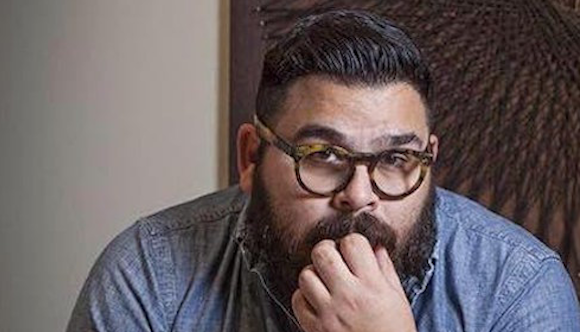 Artforum reports that Evan Garza has been named the new director of Rice Public Art at Houston’s Rice University. A Houston native, Garza has been serving as assistant curator at the Blanton Museum of Art at the University of Texas at Austin for the past year and a half. Prior to that, he was exhibitions and public programs coordinator at the School of the Museum of Fine Arts in Boston, where he curated the critically acclaimed 2012 exhibition Something Along Those Lines, featuring the work of Adel Abdessemed, Carlos Cruz-Diez, Gego, Felix Gonzalez-Torres, Sol LeWitt, Bruce Nauman, Fred Sandback, and others. In 2014, Garza was appointed by Boston Mayor to serve as Commissioner for the Boston Art Commission for distinguished service to the arts.

Garza’s essays have been published in more than a dozen international books and museum catalogues, and his writing has been published by Artforum.com, Hyperallergic, Flash Art, New American Paintings, and Glasstire. He is also co-founder of Fire Island Artist Residency (FIAR), the first residency program in the United States exclusively for LGBTQ artists.

His hiring is in conjunction with the opening of the Moody Center for the Arts at Rice and he will oversee the existing public art collection in addition to commissioning new works and programs while directing the facility and programs at the Rice’s Turrell skyspace.