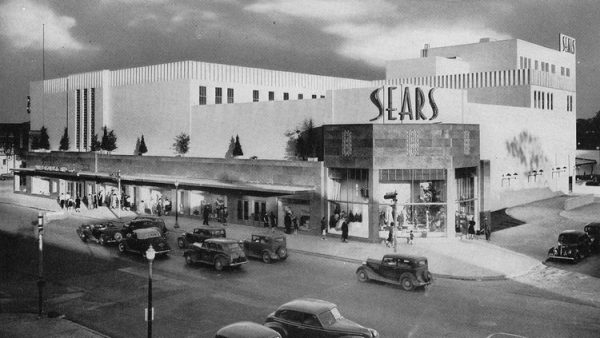 Rice University has announced that in May 2019 it will begin renovations on the iconic Sears department store building in Midtown Houston. The university’s plan is to turn the building into a hub for the city’s institutions, entrepreneurs, and innovators: its tenants will include companies and start-ups at all stages of growth and development. Additionally, the complex, which has been dubbed The Ion, will include “restaurant and entertainment amenities,” and will also feature public programming (“entrepreneurial workshops, thought-leadership conferences, industry lectures, job training, educational classes and networking opportunities”) overseen by the company Station Houston. 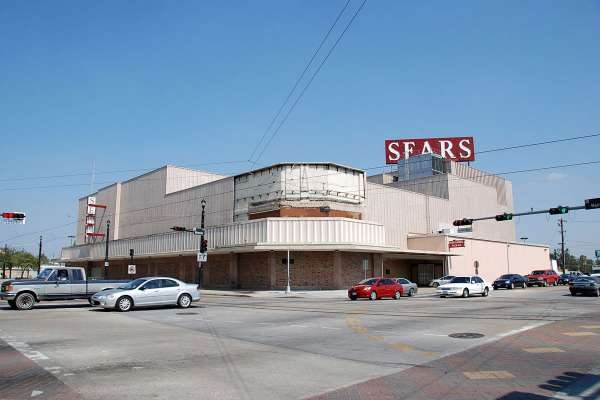 The building sits at a crossroads of Houston’s universities and research centers — it is just down Main Street from Rice and the Texas Medical Center (which itself is working on developing a research hub), and is only minutes from the University of Houston, the University of St. Thomas, Texas Southern University, and several Houston Community College locations. Rice University says that The Ion is poised to fill what a recent study commissioned by the Greater Houston Partnership called the “absence of a flourishing startup ecosystem” in the city of Houston. Starting with The Ion, there are plans in place to have about 16 contiguous acres dedicated to innovation in Midtown. Gabriela Rowe, the CEO of Station Houston, expanded on this sentiment, saying:

“The Ion will inspire open innovation between universities, global corporations and investors. Students and faculty members from institutions like Rice University and the University of Houston will coexist and collaborate with scientists from Houston’s other great institutions. Investors and corporations will meet face to face with startup entrepreneurs. Together, at The Ion, they will transform Houston into a thriving, connected, high-tech ecosystem.” 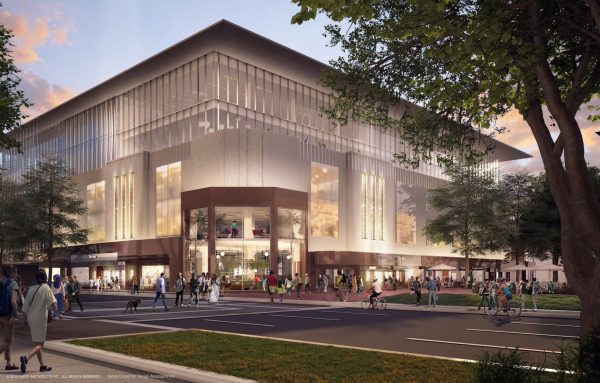 A rendering of The Ion

Big renovations are in store for the 1939 Art Deco Sears building. Many different firms will be working on the project, including Houston firms Hines and Gensler, along with New York’s SHoP Architects, James Carpenter Design Associates, and James Corner Field Operations. Although original features of the structure, like its windows, tile work, and three storefronts will be kept, the building’s presence will be drastically altered and opened by the addition of large-scale windows and a central light. 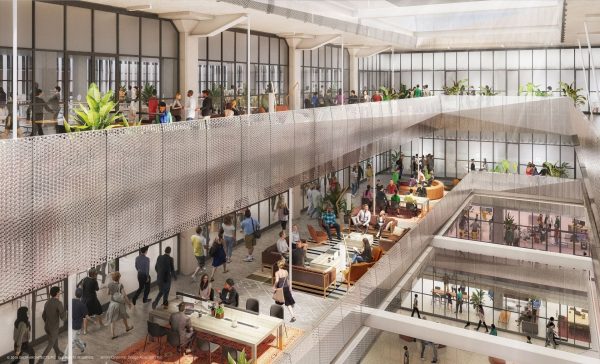 A rendering of The Ion

The Ion’s 9.4-acre site, which includes the multistory Sears building and an adjacent lot, served as the department store’s home from 1945 to 2018. Although Sears had a 99-year lease on the building, it’s remaining 28 years, in addition to other adjacent parcels of land owned by Sears, was bought out by the Rice Management Company as part of the university’s endowment.

For more information on The Ion, go here.

Hi: Please check out the article on this redevelopment in today’s (2/10) Houston Chronicle Outlook section. There are going to be some major urban issues on this project that need to be addressed right now….