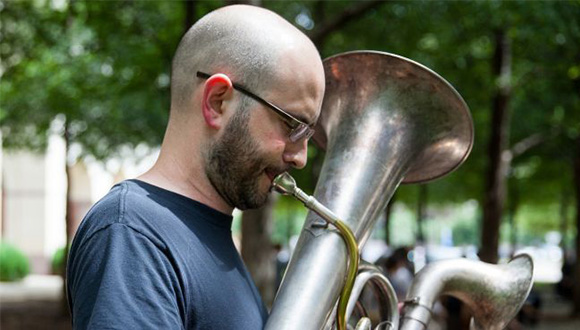 The American Academy in Rome has announced the winners of the 2020–21 Rome Prize and Italian Fellowships. Among them is Steven Parker. The College of Liberal and Fine Arts lecturer at the University of Texas at San Antonio — and Founder, Curator, and Artistic Director of the SoundSpace program at the UT Austin’s Blanton Museum of Art — is one of 22 American and two Italian artists and scholars honored.

“In Rome, I will design a series of novel instruments and sound suits to be used in a new form of participatory opera,” Parker writes in an email to Glasstire. “Merging influence from the Italian Futurists, World War II surveillance tools, commedia dell’arte, and Marconi’s early radar experiments, I will create wearable listening devices, sonic headdresses, and intuitive graphic scores. In the end, these items will be used to create a ritual performance that employs audience members as operatic performers to examine the history of listening in conflict.” 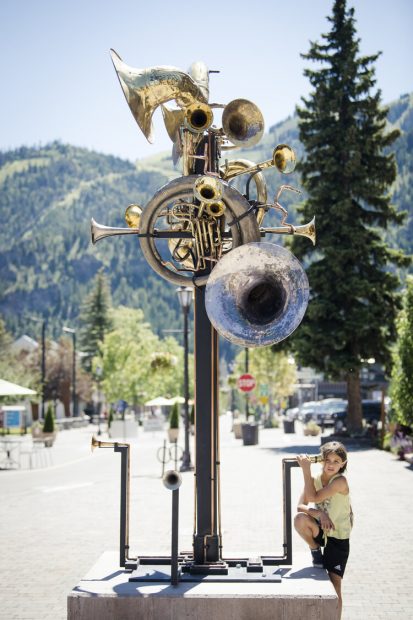 Parker is one of two Texas-based recipients on the list and like the others, will recieve a stipend, workspace, and room and board for a period of four to seven months at the Academy’s eleven-acre campus in Rome. Christy Q. Schirmer, PhD Candidate in the Department of Classics at UT Austin, has won the 2020-21 Rome Prize in the Ancient Studies category for her work on Exploiting Riverine Resources in the Roman Empire. Artist and MacArthur Fellow Mel Chin was one of two visual arts jurors for the prize (and is well-known to the Houston art scene).

Because of the impact COVID-19 has had globally, the 2020–21 residential Fellowship season will begin in January and end in August of 2021. “We look forward to welcoming Avinoam and some of the world’s brightest artists and scholars to the Academy in January,” states Mark Robbins, AAR President and CEO. “Avinoam’s expansive and global scholarship will bring an exciting aspect to the season’s programming, which will focus thematically on The City.”