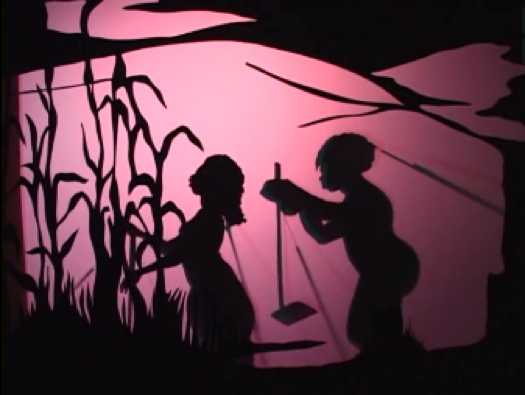 Still, from Kara Walker’s Calling to Me From The Angry Surface of Some Grey and Threatening Sea.

UT Landmarks, University of Texas at Austin’s public art program, has announced the start of the 10th season of its curated program of influential video art from the past 60 years. Established in 2008,  Landmarks Video will feature works by Mikhail Karikis, Ragnar Kjartansson, Kara Walker, Michael Snow, and Mungo Thomson, and others, with Karikis’ work launching the program on September 1. 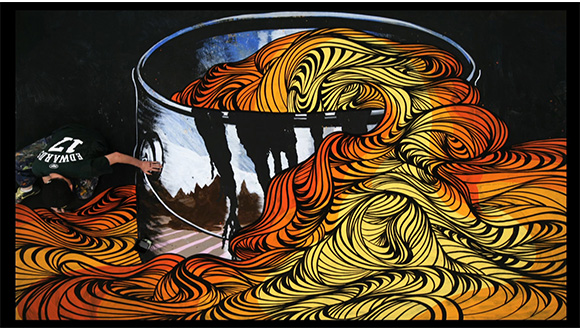 Still from Animal, by David Ellis.

Screenings will take place at the ART building‘s atrium of UT’s College of Fine Arts, at the corner of East 23rd Street and San Jacinto Boulevard in downtown Austin. This year’s highlights include Kara Walker’s …calling to me from the angry surface of some grey and threatening sea (2007), an exploration of racism through the lens of historical and contemporary events; Michael Robinson’s The Dark, Krystle (2013), a surreal reimagining of clips from the legendary 1980s series Dynasty; and Luis Valdovino’s Work in Progress (1990), an experimental video about disputes surrounding immigration and naturalization processes. There will also be a screening of Animal, David Ellis’ 2010 video commissioned by UT Landmarks. 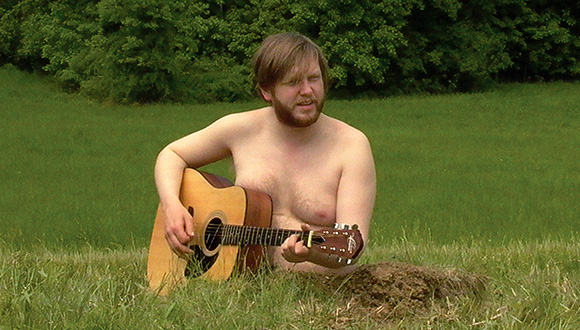 As part of Landmark’s 10th season,  Austin Film Society will co-present select works from this year’s program, as well as works from previous seasons on November 16, 2019. The evening will also feature a discussion with Landmark’s video curator, Kanitra Fletcher.

Landmarks Videos will be on view to the public daily from 7 a.m. to 10 p.m. in the atrium, located on the corner of East 23rd Street and San Jacinto Boulevard. Videos are accessible to all and free to view, and many of the videos in the collection are also available at the Fine Arts Library in the College of Fine Arts. The schedule of video screenings is as follows: