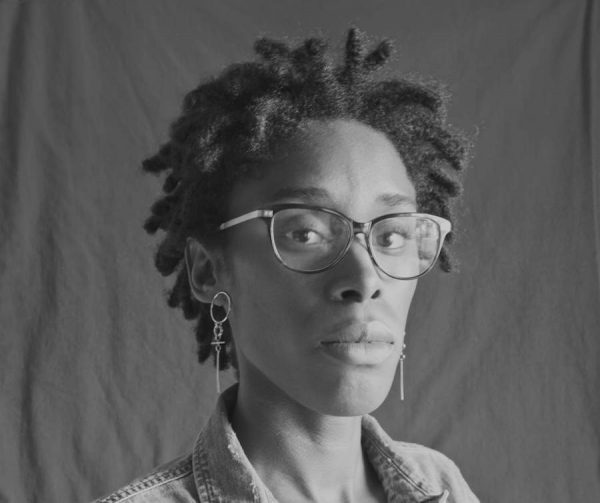 Austin Film Society (AFS) is one of the cultural jewels of the city of Austin and the state of Texas. Its renovated space in the north Austin complex called The Linc is adorned with beautiful large-format posters (Stalker, La Chinoise, A Woman Under the Influence), serves cocktails and craft beer — and the projectors are new, properly lit, and in-focus. The programming at AFS is at an international level, equal to (honestly probably better than) Film Forum in New York, SIFF in Seattle, and New Beverly in Los Angeles. AFS programs obscure documentaries, current must-see arthouse titles, retrospectives of legends (Tarkovsky, Bergman) and perhaps, most interestingly, the Lates series.

Lates is a variation of late night/midnight movie screenings akin to the beloved Weird Wednesday series at Alamo Drafthouse. Weird Wednesday, like the midnight series at the Quentin Tarantino-owned New Beverly, follows a traditional curatorial route for late-night movies — Kung Fu, slasher films, grindhouse oddities, etc. There’s certainly much to appreciate in that oeuvre, but you more or less know what you’re getting. If you go see, say, Vanishing Point, you know it’s about an amphetamine-fueled Vietnam vet driving a muscle car in a chase with the cops.

But AFS’ Lates series is something else entirely. I don’t even know that calling it “cult” movies is accurate. Lates is beyond genre, beyond canon. I consider myself something of a cinephile, and many of the Lates selections are films I’ve never heard of. “How could this be? How have I never seen this let alone heard if it!?,” I think, when reading about White Star, a delirious ’80s fever dream with Dennis Hopper as a piss-soaked manager of a synth-pop star.

Moreno was raised in Oklahoma, and when talking with her I felt a kinship of growing up as a budding cinephile in a rural region (I grew up in Iowa) before the age of easy streaming. Moreno recalls purposefully taking a long time in the video store so she could slip the DVD of Last Tango in Paris past her tired mother, and downloading torrents of rare art films. Moreno later attended Evergreen State College, the unusual and eccentric state college outside of Olympia, Washington, which is shrouded in forest and known for its self-directed curriculum.

Upon moving to Austin Moreno began programming screenings of cult and underground films at a variety of Austin bars and coffee shops — Hole in the Wall, Indian Roller, Cherrywood Coffeehouse, and Joe’s. From there she guest programmed at Alamo Drafthouse, curating such programs as Protect Ya Neck, a collection of classic hip-hop films from the early ’90s.

The slate for the rest of the year is an enticing, spiky mix of the outer limits of known arthouse hits — Jodorowsky’s Santa Sangre, a restoration of Downtown 81, Guy Maddin’s Careless (he’s the thorniest of masters), Gaspar Noe’s first and still best film I Stand Alone, and outrageous shockers most of us have never heard of: the gonzo, trans-musical City of Lost Souls, a brutal German serial killer fever dream scored by Tangerine Dream’s Klaus Schulze (Angst). And this is Moreno being conservative! “It’s harder to get people out during the holiday season for truly transgressive work,” She tells me. “Wait ’til the new year.”

Jazmyne Moreno’s 5 Films To Watch By Any Means Necessary:

White Star (1983): If you’re not in Austin and happened to miss the Austin Film Society screening, seek this one out by any means possible. Dennis Hopper gives a performance that would make Frank Booth shiver.

Decay (aka Raspad,1990): For fans of the HBO series Chernobyl. Absolutely terrifying. Bureaucracy. Lies. Denial. More post-apocalyptic than any sci-fi film. Shot in and around Chernobyl itself.

Legend of the Stardust Brothers (1985): Phantom of the Paradise meets Voyage of the Rock Aliens in this little-known gem from Macoto Tezuka, son of Astro Boy creator Osamu. Nearly destroyed his career. You’ll have the songs stuck in your head for days.

Subterfuge (aka Faux fuyants, 1983): Following a hit & run accident a man insinuates himself into the life of the victim’s daughter (Tokow Boys’ Rachel Rachel). Utterly bizarre, endlessly fascinating, and inexplicably available on Region 1 DVD. If you’re not sold yet, check it out for the Tokow Boys performing Cobra! Cobra!

Arrebato (1979): A drug-addicted horror filmmaker who becomes consumed (literally? figuratively?) by his addictions. If you’ve ever wondered, ‘What would happen if David Lynch went to Spain?,’ look no further. Directed by Ivan Zulueta, best known for his Pedro Almodovar poster designs.