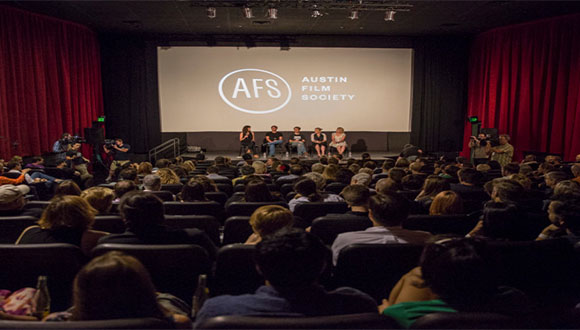 Austin Film Society (AFS) is accepting applications for its 2019 AFS Grant cycle. It’s a cash fund that supports emerging filmmakers throughout the state of Texas. Since its inception in 1996, the grant has awarded over $1.86 million to more than 400 Texas-based artists. Past grant recipients include Jeff Nichols (Loving, Mud), David Lowery (The Old Man and The Gun; A Ghost Story), and Andrew Bujalski (Support the Girls; Computer Chess).

AFS Head of Film and Creative Media, Holly Herrick, states: “The Austin Film Society is passionate about supporting great regional storytellers, filmmakers who will change the conversation about the art of film. This grant, the only one of its kind available to Texas filmmakers, is a critical source of support, and offers an opportunity to those who come to filmmaking from diverse backgrounds.”

There are three different grants offered:

AFS is splitting its granting cycle into two seasons. The spring application cycle (April 12-June 7) is for the above three grants. Filmmakers with short film projects (less than 40 minutes) will have their own application cycle, beginning in September, with grants awarded in December.

AFS will offer resources to help filmmakers throughout the application process, including informational workshops across the state: Dallas (April 13), Austin (April 20, May 23), and Houston (May 19). An extensive FAQ, grant instructions, and more information on the workshops can be found here.