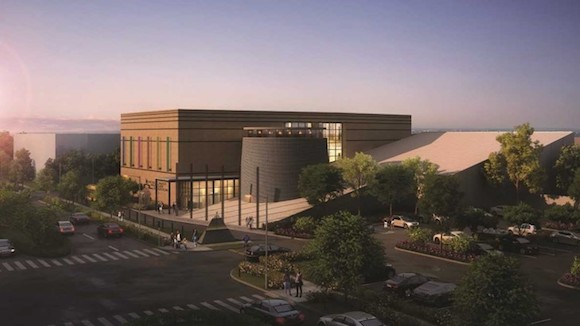 The Holocaust Museum Houston, Lester and Sue Smith Campus reopens this weekend, June 22, and will host a series of events and activities through the weekend in celebration of the occasion. The museum will present Holocaust Survivor Talks in the Albert and Ethel Herzstein Theater both this Saturday and Sunday, and the first 500 visitors will receive a Holocaust Museum Houston tote bag.

Following a $34 million expansion, the transformed building will include a welcome center, four permanent galleries and two changing exhibition galleries, classrooms, research library, café, 200-seat indoor theater and a 175-seat outdoor amphitheater. As Glasstire reported in December 2018, the museum will also be the nation’s fourth largest Holocaust museum and the first to be fully bilingual in English and Spanish.

Almost doubling in size, the 57,000 square-foot, three-story structure will be home to rare artifacts such as a Danish rescue boat and a World War II-era railcar. Additionally, the museum will have a Human Rights Gallery and debut the nation’s largest gallery of artwork by the Holocaust survivor and painter Samuel Bak. There will also be an interactive media display that brings to life the writings Anne Frank, and other young diarists who died in genocides around the world.

The Holocaust Museum Houston opens to the general public at 10 am Saturday, June 22, and 12 pm Sunday, June 23, 2019. Purchase tickets in advance here.