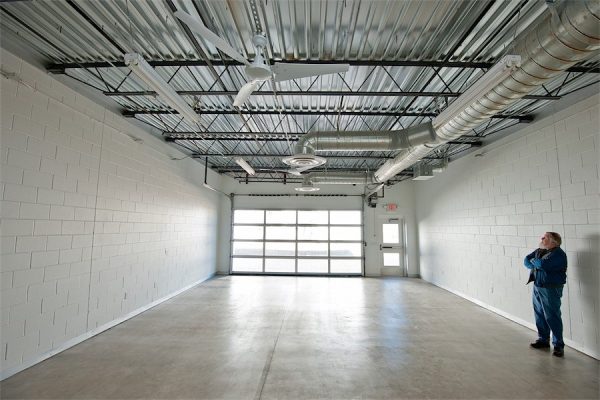 The Charles Adams Studio Project in Lubbock has announced its picks for its 2019 CASP residency. The four individuals, who will inhabit the organization’s live/work spaces, will use their time in the Panhandle to hone their craft and create new projects and bodies of work.

The residents, in addition to connecting with Lubbock’s art community and university programs, will also hold open-studio events during the city’s monthly First Friday Art Trail, which attracts thousands of art-interested visitors.

Although many of the program’s applicants are visual artists, (and the studio spaces are well-suited to artists), other creative types are encouraged to apply, including writers, playwrights, and musicians. Past residents’ specialities have run the gamut from ceramics to printmaking to jewelry to metalsmithing.

The upcoming 2019 residents include, via CASP:

In Studio 1: Danielle East, an artist who “creates mixed media collage sculptures and zines that explore the complexities of Black Feminism through the Black Girl Magic movement and Afro-Futurism.”

In Studio 2: Christopher Marin, an artist whose work “approaches socio-political topics from the perspective of a parent trying to explain national violence and phenomena to a young and cognitive child.”

In Studio 3: Christina Rees, the Editor-in-Chief of Glasstire. “During her time at CASP she will research and write, curate shows, present lectures, and organize panels about contemporary art.”

In Studio 4: Stephanie Berrie, an artist who “utilizes alternative printmaking methods to explore her personal curiosity about the human body.”

Christina Rees’ residency in Lubbock will be preceded by her involvement in CASPFEST, a two-day culture festival for which she is jurying an art exhibition. Applications for that show are open to all artists and are due on March 31.

In other news, if you’re an artist in or around Lubbock and need a studio, CASP is currently constructing four new work studios on its campus. All of the spaces are 800 square feet and go for $400 a month. Applications for those studio spaces are due on March 20. For more information and to apply, go here.

Christina, have a wonderful and productive time in Lubbock, love the foot.