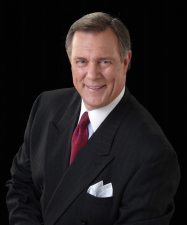 The public relations fight between the Nasher Sculpture Center and the Dallas Police and Fire Pension System just got a lot nastier. The Dallas News has published an article about fake Facebook profiles created to post comments to online news articles about the Nasher/Museum Tower battle. The online personas defended pension officials, while attacking the Nasher, Dallas Mayor Mike Rawlings and others. It turns out that these personas were fabricated by former Channel 5 anchorman Mike Snyder, who was hired as a consultant last year by pension fund lawyers.

The first public indication of Snyder’s consultant work with the fund came when they released their video explaining the simple, yet scientific “100% Solution” to the Museum Tower problem, which was smoothly narrated by Snyder. The pension system’s administrator, Richard Tettamant, denied any knowledge that Snyder was commenting under pseudonyms on his behalf, but, according to the Dallas News, email records show that on at least one occasion, Tettamant followed the online commenting closely and, through an attorney, was in touch with Snyder.

Snyder has acknowledged creating the online personas. “Social media is an integral part of this information process and open to anyone who wishes to participate,” he wrote, “and they may participate in anonymity if they choose to do so.” But, recently, he has been more careful in his statements, pointing out that, as an independent contractor, the comments only reflected his personal frustrations. “They were not known to, or authorized by, the owners of Museum Tower or anyone else,” he wrote.

The Dallas News article chronicles a number of the aggressive online comments made by Snyder a.k.a. Barry Schwarz a.k.a. Brandon Eley. Countering Snyder’s comments about social media freedom of expression, the article also details the bullying tactics used by pension fund lawyers against Glasstire contributor Christina Rees to remove anti-Museum Tower comments from her Facebook page, posted under her actual name.