Lust Heals: Francine Thirteen at ‘One Night Only,’ Dallas

by William Sarradet May 30, 2018
FacebookTwitterEmail 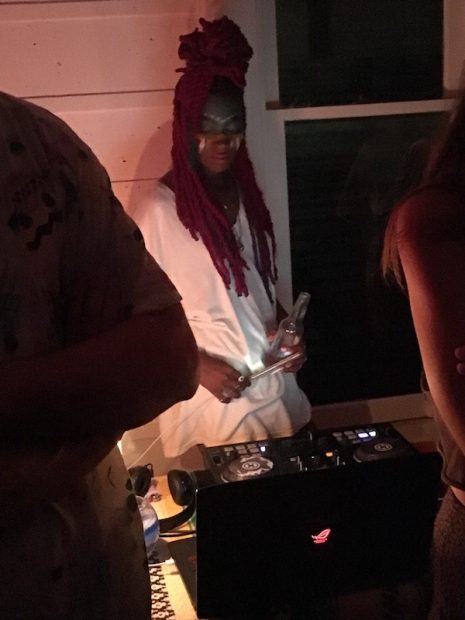 For Dallas-based artist Arthur Peña’s most recent installment of One Night Only (or ONO), his national curatorial project that is as ephemeral as it is exclusive, local performance artist-musician Francine Thirteen led a huddled congregation in a semi-religious service. The show also served as an EP-release event, although that seemed more of a gesture, as I didn’t see any copies available for sale. This event was a departure from the previous installment of ONO, which was a show of new works by artist and MacArthur Fellow Nicole Eisenman. That one took place last month, during Dallas’ Art Fair week. Peña expects the series to be on hiatus for the summer, with no new shows scheduled for the time being.

Peña tends to set up these experiences as limited and intimate, in the way you think I mean those things. A small number of attendants, a good portion of which are press, are squished against each other in a ‘historic private residence.’ I would be more than marginally specific about the location, but given where we are with our arts venues right now and the Dallas Fire Marshal problem, I don’t dare. 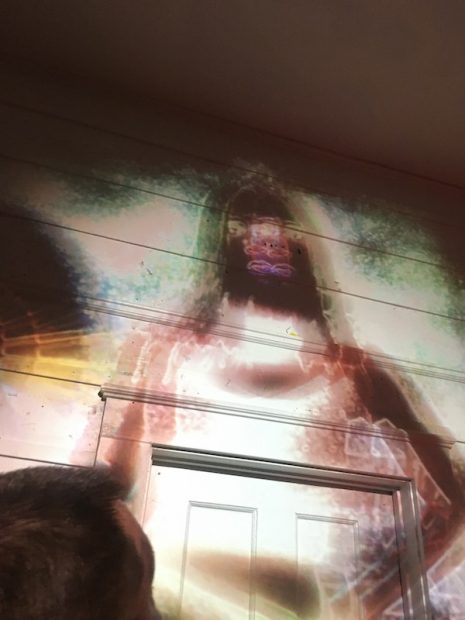 I asked Francine Thirteen about the program before the show. She mentioned that her mother is from far East Texas. “They have what I call ‘real church,'” she admitted. I love that phrase, and I didn’t press her on what she means exactly. I have an idea of what a ‘real’ congregation in deep East Texas would look like, which I don’t expect to be accurate, but it draws comparisons to the gathering that was present that evening. Is this church? Are we imitating or altering religious practice? With Francine Thirteen’s performance, you can take some time to decide for yourself.

Francine Thirteen’s hour-long show, pulled together on short notice, was impressive. Different Dallas synth musicians made cameos; she called them out by name for their cues: Poppy Xander and Jake Schrock. There were other singers, performers, and even a projectionist, using props and being mindful of their path between a few dozen people awkwardly lining the walls of the interior of the house to make room for the ritual. There was clearly a personal mythology to this ritual, and it probably becomes clearer to the viewer through witnessing repeat performances.

Viewers were welcome to move around the two conjoined rooms to view the show as it shifted between the spaces, but anyone who’s been to a house performance knows that it feels too conspicuous and interruptive to do so. Given the phrasing of the show’s flyer — that this was to be a ‘service’ — I half expected to see pews. (A foolish assumption, as they couldn’t have fit in the space.) 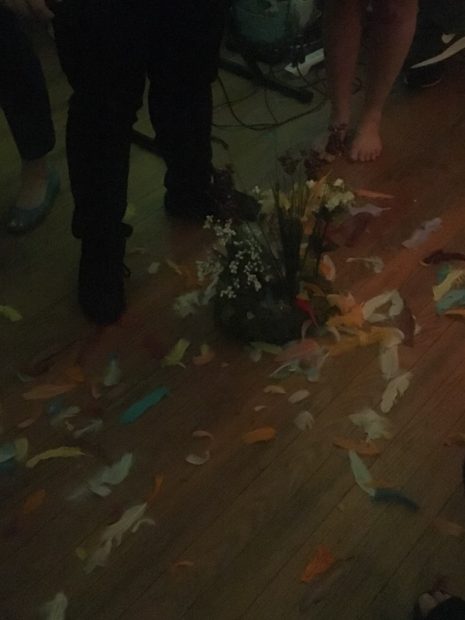 The music, the performances, and the pace of it all held my attention for the perfectly round 60-minute runtime. Peña has been booking and coordinating musical performances as a parallel exercise to his studio practice for years in Dallas, and it shows. He’s been able to make use of many of the off-the-beaten-path spaces in the city, keeping pace with development and the Fire Marshal’s shut-downs. I’m glad that he’s incorporating local talent into the mix of his national project. But next time it would be nice to have chairs.