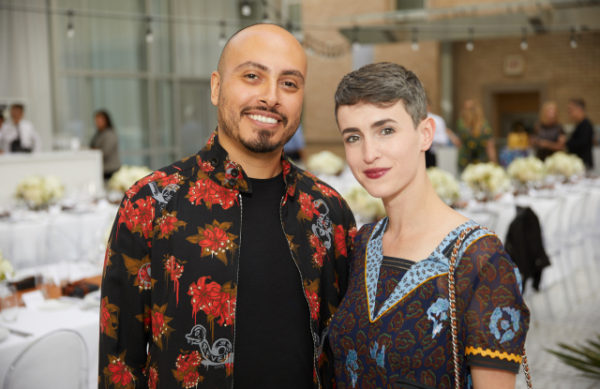 The line between art and fashion has been blurry ever since Hugo Ball put on a cardboard suit to perform in Cabaret Voltaire. From Dalí-influenced lobster dresses to set and costume designs for plays and operas, artists and fashion designers have long been trading secrets, and museum curators have opened themselves to exhibitions that intermingle both creative worlds. It is fitting, then, that this year, the fashion company Coach partnered with Dallas Contemporary exhibition director and senior curator Justine Ludwig and Dallas artist Arthur Peña and to present a “city wide” art exhibition of Peña’s work. 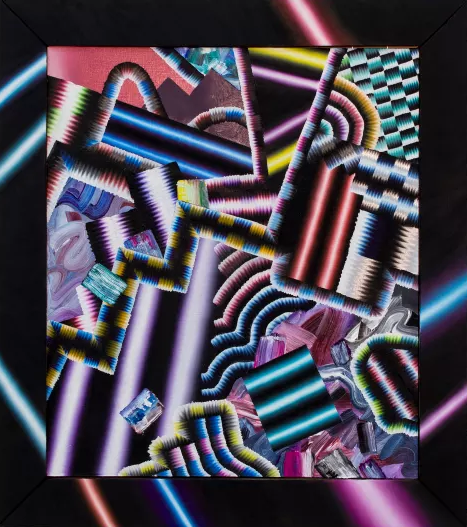 Peña’s paintings have an intricate, patterned design element that plays on color theory and perception, meaning that they are intrinsically graphic. Peña’s partnership with Coach includes an exhibition featuring six of his paintings on view in the corridor outside of the newly expanded Coach store in Dallas’ NorthPark Center. The show is up through July 6 and is curated by Ludwig, who, when approached by Coach, chose Peña for the project. In addition to the exhibition, images of Peña’s paintings are featured on three Coach billboards across Dallas.

(Of course, fashion brands aren’t the only ones savvy enough to use artists for marketing projects: longtime Texas art watchers will remember the Art Guys’ “1,000 Coats of Paint” billboards for Absolut Vodka in the 1990s, and the more recent “Absolut Texas” bottle design by San Antonio artist Cruz Ortiz.)

For those unfamiliar, NorthPark Center itself has a rich cultural history — its art collection, which is displayed throughout the shopping center, includes works by Frank Stella, Joel Shapiro, Jim Dine, Jonathan Borofsky, James Rosenquist, and many others. For more on that, go here.

Correction: An earlier version of this article stated that Coach commissioned Arthur Peña to create artwork for the brand’s billboards. The paintings on the three billboards, however, are image of works that Peña began creating in September 2016. Part of Peña’s exhibition at NorthPark Center includes the showing of Peña’s paintings on billboards across Dallas.