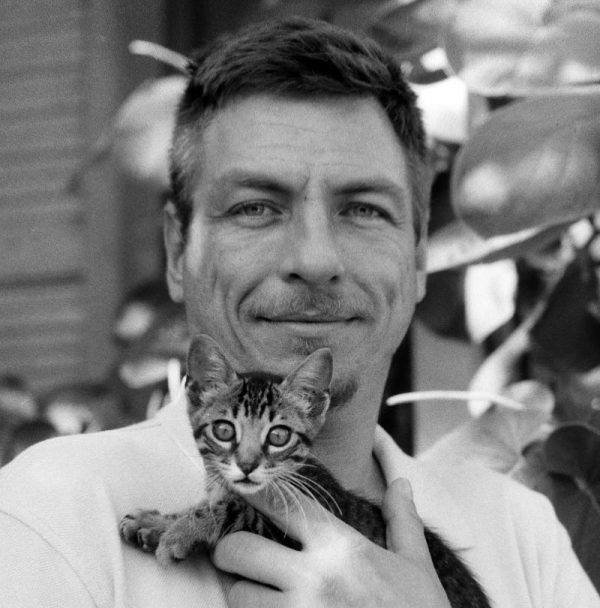 Sala Diaz, the beloved San Antonio-based non-profit art space, has announced that this coming weekend marks the premiere of Tía Chuck: A Portrait of Chuck Ramirez, “a feature-length documentary about the life and work of Chuck Ramirez.” Taking a look at Ramirez’s life — from his prolific output of photography to his job doing commercial design for HEB, to his vital role in San Antonio’s art community, the film incorporates interviews with Ramirez’s friends and contemporaries with archival footage of him making art, working, cooking, and interacting with his community.

The film has been in production for a while and was made by San Antonio filmmakers Angela and Mark Walley of Walley Films. It premieres, quite appropriately, at 8PM on Cinco de Mayo, the 5th of May, in the Tobin Center’s H-E-B Performance Hall. Tickets are $20, with some of the proceeds benefitting Sala Diaz and Casa Chuck, an invitational residency program run out of Ramirez’s former home. If you’re in Houston, the film will screen at the Aurora Picture Show as a part of the Contemporary Arts Museum Houston’s exhibition Right Here, Right Now: San Antonio on June 14 at 7:30PM.

See below for a preview of and more information about the documentary.

“Tía Chuck: A Portrait of Chuck Ramirez is the captivating feature length directorial debut by filmmakers Angela and Mark Walley chronicling the life and work of the late artist Chuck Ramirez (1962-2010). Ramirez was an integral part of a flourishing contemporary art scene in San Antonio and saw his HIV+ diagnosis in the early 1990s as motivation to pursue his dream of becoming a successful artist. Before his untimely death in a bicycle accident in 2010, Ramirez had become a central and larger-than-life figure in San Antonio’s art community. Chuck’s legacy continues to impact the San Antonio art community through the Casa Chuck Residency Program, which provides curators and writers a haven for their creative pursuits in Ramirez’ former abode. In 2017, The McNay Art Museum hosted “Chuck Ramirez: All This and Heaven Too”, the first significant survey of Ramirez’s work and the largest exhibition to date by a South Texas Artist in San Antonio. Through the work of Ruiz-Healy Art, the exclusive representative for the estate of Chuck Ramirez, his artwork continues to be regularly exhibited and collected around the world.”

Don’t miss it. It is very well done.