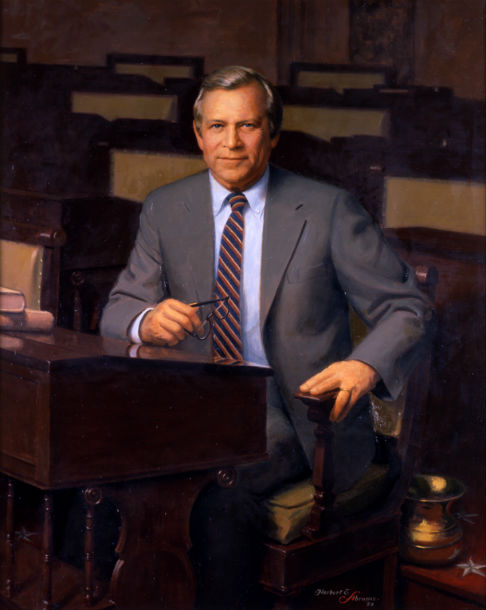 Earlier this week, President Trump signed S. 188, a bill known as the “Eliminating Government-funded Oil-painting Act” or the “EGO Act” into law. According to the White House’s website, the act “prohibits the use of Federal funds for the costs of painting portraits of officers and employees of the Federal Government.” Cosponsored by five Senate Republicans and two Senate Democrats, the bill’s elimination of funding for portraits extends not only to paintings of the heads of agencies and to members of Congress, but also to portraits of the President and Vice President. Trump signed this act just months after the Barack and Michelle Obama’s portraits were unveiled at the National Portrait Gallery in Washington. (Note: according to Variety, the Obamas’ portraits were funded by donors, meaning no taxpayer money was used to commission either of the works.)

NPR reported that from 2010 to 2013, more than $400,000 of Federal funds was spent on portraits to be displayed in agency buildings. While this seems like a significant amount of money, the publication pointed out that “a single F-35 fighter jet costs about 250 times as much as all of the portraits bought during that three-year span, combined.” Still, lawmakers are adamant that the passage of the EGO Act is a step forwards for America. GOP Senator Bill Cassidy, who had passed similar (but temporary) bans in 2014 and 2016, released a statement that read in part: “Our debt is over $20 trillion. There’s no excuse for spending hundreds of thousands of dollars on paintings of government officials.”

To read the EGO Act in full, please go here.