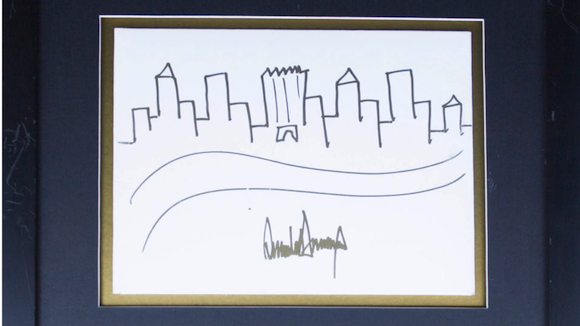 In 2005, future President Trump created a drawing of the Manhattan skyline for a charity auction promoting worldwide literacy, reports artnet News. Last night it sold at auction for $29,184.

“It’s a piece of art from a U.S. President, so it’s attracted interest from not just Trump followers, but also presidential memorabilia collectors,” Michael Kirk of Nate D. Sanders auctioneers told artnet News. “It’s received a lot of global press, so the interest level has been high. The piece has received some five times more than our normal auction traffic,” he revealed.

Many celebrities have explored their artistic side in the past few years, but perhaps Trump realizes his lack of talent as he has threatened to eliminate funding for the National Endowment for the Arts.