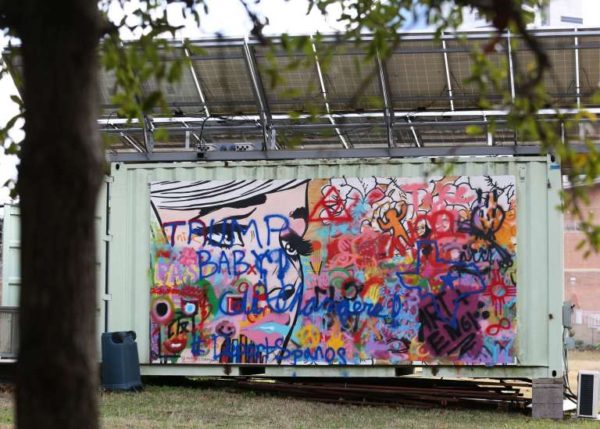 Two days ago (on Friday the 13th), Rice University students and staff discovered that both a mural and a memorial on campus had been vandalized.

The mural, which had been fastened to the side of shipping containers near Rice’s new Moody Center for the Arts, had been spray painted with the words “#DeportSpanos” and “TRUMP BABY!” By Friday afternoon, the vandalized artwork was removed, reports the Houston Chronicle. 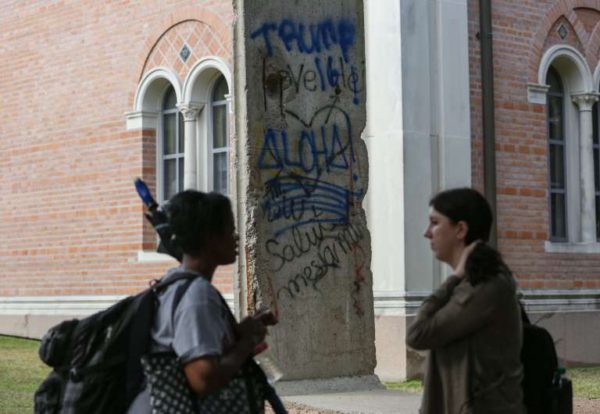 Rice’s piece of the Berlin Wall, which was installed on the university’s campus in 2000, was also defaced with graffiti reading “Aloha!” and “Trump 2016.” The section of the wall originally had graffiti that was painted before it was torn down in 1989. Rice’s senior media director, B.J. Almond, said that the university plans to cover the Berlin Wall “until a professional art conservator can come to remove the newly added graffiti.”