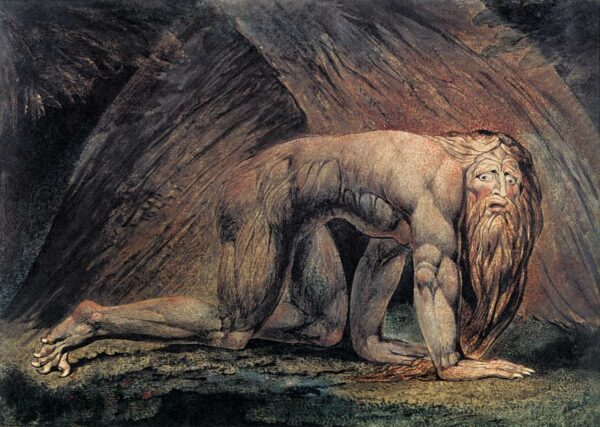 In Hannibal, the terrible Ridley Scott-directed sequel to The Silence of the Lambs, Gary Oldman plays an antagonist named Mason Verger. Verger is a wealthy pedophile who was once a patient of Hannibal Lecter. Lecter, with his twisted, impish pranks, once gave Verger PCP and instructed him to cut off his own face with a shard of glass. Now, Verger is a howling maw from a Francis Bacon painting, a skull made from smooth sculptor’s clay. He looks almost exactly like, well … Mitch McConnell. Verger’s plan for revenge is to feed Lecter alive to a pen of ravenous, feral hogs. In a gruesome reversal, Verger ends up pushed into the pen and devoured. 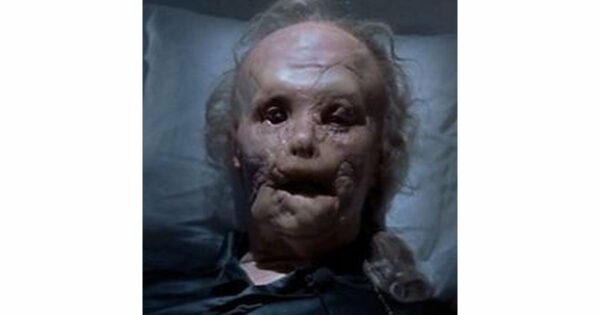 This is more or less what just happened on January 6. It’s what happens when Mitt Romney or Lindsay Graham are stalked and screamed at through the airport, their heads gravely bowed, as if they finally appreciate the scope of the abyss under the scab they helped pick off. It’s what happens when anti-maskers maraud through a mall telling a sobbing woman whose father is in the hospital for Covid: “People die! Your father’s not special.” This feral hog spirit does not refer to Americans’ (including my own) growing size and resemblance to hogs, but rather to a psychic state: a mélange of grievance, rage, and paranoia expressed as a constant, primal bray.

America now, and in the past (as crowds photographed at lynchings reveal), represents extreme aesthetic dissonance. The constant, absurd grotesquerie serves to blunt and mask the material horror. So, we see the fur-clad, Viking-horned Q Shaman; the people in patriotic animal costumes and pajamas amidst the masked Tier 1 operators with zip ties; the gallows on the lawn; the “Staff: Camp Auschwitz” hoodie; the billowing Confederate flag. The mind cannot really process such contradictions, resulting in sputtering disbelief. It is as if Jerry Lewis’ extremely ill-advised and unreleased Holocaust “comedy” The Day the Clown Cried (made in the throes of Lewis’s ferocious painkiller addiction) were a documentary.

In the coming months, I have no doubt that the darkness of these events will be revealed as far vaster and more cavernous than previously imagined. I think those who stormed the U.S. Capitol had ex-military and law enforcement officers among them, assistance from some Capitol police, and perhaps even House GOP members and their aides, and that we were much closer to a blood bath than we ever thought possible. There’s a grim irony to the censorship of Philip Guston exhibitions earlier this year. Guston’s Klan paintings were too incendiary to show, so their figures just drove off the canvas in their little buggies, straight to the Capitol.

Five people died, including a Capitol police officer beaten to death with, among other instruments, an American flag. And then there’s Ashli Babbitt and her bleak, deeply American journey. Babbitt served in the Air Force in Iraq and Afghanistan, came home, went down a rabbit hole of feverish QAnon conspiracies and 1776/Flight 93 hysterical rhetoric, and eventually tried to climb through a broken window into the Senate chamber and was shot in the neck, dying with a rictus of stunned realization. Her last tweet was a retweet by the fire-eating lawyer Lin Wood, who had assisted in Trump’s spurious election challenges. Soon after, Wood tweeted (or whatever the proper verb is on the right-wing alt Twitter, Parler) that Babbitt was a false flag crisis actor. Wood also made a bleak American journey to the frenzied hog mind. Long a conservative and libertarian hero, he defended Richard Jewell from baseless attacks by the FBI (and was played with a flinty charm by Sam Rockwell in Clint Eastwood’s underrated film on the subject, Richard Jewell), and now he spends his time announcing that the execution of John Roberts and Mike Pence is imminent. (The latter prophecy, with people bounding the halls of Congress screaming “Hang Mike Pence!” almost came true).

The ferocity of such derangement is terrifyingly widespread, and to continue with the hog analogy, resembles a livestock disease, in that the laxness of the environment ensures the disease in the best of times is barely dormant. In this case, that environment is an obsequious indulgence of white rage. The feelings of the “fuck your feelings” crowd are culturally paramount. Just days after the assault, Republicans are already talking “unity” and “healing,” and discouraging impeachment trials.

And then there is the porcine king of this white petit-bourgeois army, Donald Trump. Two works of art have become especially relevant in my mind since January 6 and Trump’s furious Cabela’s Putsch speech leading off the assault. The first is William Blake’s image of Nebuchadnezzar, the Babylonian king from the Book of Daniel cursed by God for hubris, doomed to live as an animal and “eat grass as oxen.” In the picture, Nebuchadnezzar’s face is a mix of crestfallen shell shock and recognition, a blasted knowledge of having gone too far. This was Trump’s face in his very strange Thursday night video response to the attacks. Poured into his suit as one would pour concrete, his face rough and clay-hued, he spoke in gaspy bursts like a bicycle tire being pumped, his hands outstretched. He was unapologetic, but melancholic, as if to say: “I’m sorry, we have to live as animals now.” 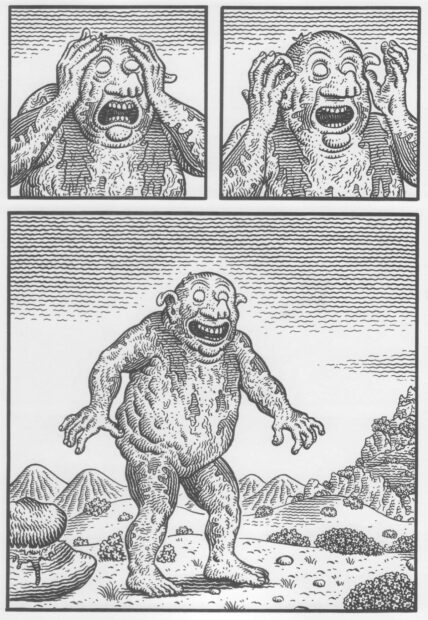 The second piece that comes to mind is the character Manpig in Jim Woodring’s wondrous graphic novel, Frank. Set in a Jodorowsky-like surreal and exotic landscape, Manpig lives in a state of agony, nude and writhing from one torment or humiliation to the next. Occasionally, Manpig rises through the aid of mysterious, shadowy forces, becoming wealthy and living in luxury. But, the good times always end, returning Manpig to his wretched state. Trump has been living in luxury through such mysterious and shadowy forces (his father, NBC, Rupert Murdoch) for decades, long insulated from the consequences of being himself. Finally, after the events of last week, even the most credulous fool cannot deny the swinishness of his true state. The problem, the terror, is there are so many millions eager and ready to flail and root in the dirt with him.

Now, Trump is coming to Texas in his defiant last days in power. And why shouldn’t he? This is the state of literally millions of actual feral hogs and their human brethren: Ted Cruz, Louis Gohmert, and Ken Paxton, all people who threw meat and viscera into Trump’s trough. He plans to visit Alamo, Texas, a hub of border-adjacent ICE agents, named after a famed last stand to preserve white supremacy and slavery. Who knows what devilish hijinks he has planned! Whatever he says, what he means will be unchanged. The central message will be the same as another wounded and grotesque prodigal son of wealth, Danny Devito’s Penguin in Batman Returns (the only good superhero movie ever made). Flipping the cry for dignity in The Elephant Man — a cry to live ruled by something higher: god, law, beauty, mercy — the Penguin asserts his baseness, that one’s urges and furies is the true self. “I am not a human being; I am an animal!” Trump will squeal on Tuesday, and all around the country, in board rooms, law offices, and police stations, there will be snorts of approval. As he said in Thursday’s video: “Our incredible journey has only just begun.”

Neil Fauerso speaks for us . Gracias

Brilliant, horrifying and hilarious. I can’t thank you enough for weaving this grotesque tapestry in warp speed. Have read it twice cringing and laughing all the way.

agreed, brilliant and spot on! sadly there is no vaccine for this man-child-hog nor the treacherous gallery of snouts that root in tandem- other than that which is most feared- truth and the light of day (ok….and the butchers block). thank you for this apt and beyond witty appropriation!