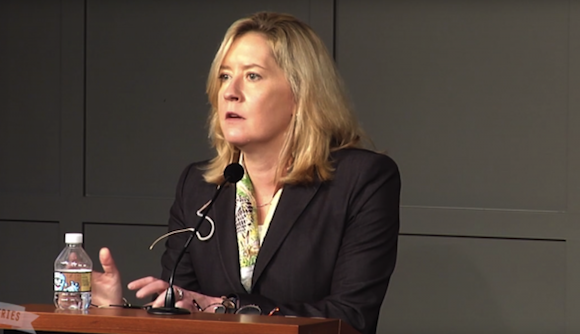 Art historian Victoria Coates has been selected by President Trump to be the National Security Council’s Senior Director for Strategic Assessments, reports Hyperallergic.

Coates received her master’s degree from Williams College and her Ph.D. from the University of Pennsylvania. She specializes in Italian Renaissance studies. Her posts on a popular conservative blog caught the eye of former Secretary of Defense Donald Rumsfeld and he asked her to help him with his memoirs. Coates eventually quit teaching and, after her editing gig was over, she advised former Texas governor Rick Perry during his 2012 presidential bid. Most recently, she served as Senator Ted Cruz’s national security adviser during the past Republican campaign.

Coates is also the author of three art history books. The latest one is entitled David’s Sling: A History of Democracy in Ten Works of Art. David’s Sling is also the name of a missile defense system.

Although she has no real experience in government, politics, or the military, she tweeted after the announcement, “You never know when an art historian will come in handy.”