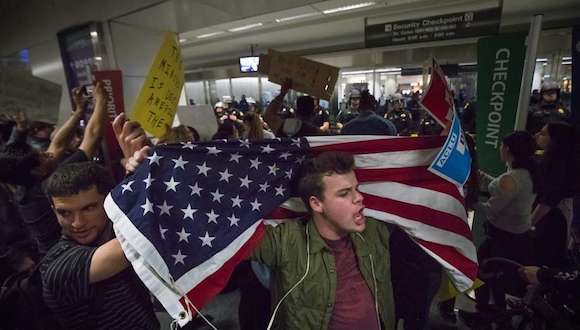 President Trump recently signed an executive order to bar citizens of seven Muslim-majority countries (Syria, Iran, Sudan, Libya, Somalia, Yemen and Iraq) from entering the US. Just hours after the order, we began to hear stories of people across the world worried about getting back into the US from family visits, vacations, and research trips. Just a little while later, many people took to the streets, or more accurately, to the airports in protest. At the DFW airport, more than 100 lawyers even came to offer free legal help to those detained.

We have now been hearing more about how this ban might affect different institutions in the US and the constituencies they serve. One example is the Metropolitan Museum of Art—staffers are worried that “exhibitions, archaeological surveys and excavations” they have planned with institutions in the Middle East may have to be stopped or cancelled altogether. Additionally, the Sundance Institute Theater Program is worried about its collaborations with artists from the Middle East and Africa. Thomas P. Campbell, the director of the Metropolitan Museum of Art, spoke to the New York Times about the flow of ideas between institutions:

Scholarly exchanges and international collaborations are key to our ongoing work, and we are very concerned that a number of programs we have in place could be threatened, just at a time when the world needs more, not less, exchange and mutual understanding. 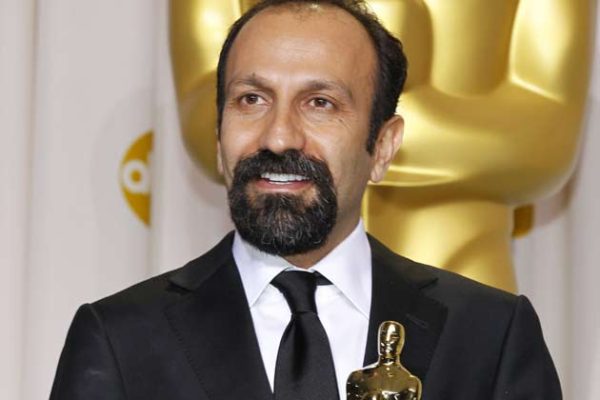 Trump’s executive order is also deterring creatives from entering the US: Iranian director Asghar Farhadi, who is nominated for an Academy Award for his film The Salesman, has decided not to attend the award ceremony. He told the NYT that Trump’s decisions presented “ifs and buts which are in no way acceptable to [him] even if exceptions were to be made for [his] trip.” Farhadi’s 2011 film A Separation was the first Iranian film to win an Oscar. You can read Farhadi’s full statement here.

Metropolitan Museum of Art Set to Reopen on...

I didn’t realize that Glasstire was in the #FakeNews business, your titled of this article is misleading. Are you aware that there are over 40 countries in the middle east who are predominantly muslim? In order for there to be a muslim ban, all countries would need to be listed. Also are you aware that the U.S constitution doesn’t apply outside the jurisdiction of the U.S, therefore 7 billion people in the world are not entitled to enter the U.S.A. Lastly, Iran is the enemy, last time I check, U.S laws do not extend to people living in Iran, because if it did, young girls wouldn’t be force into arranged marriages, women wouldn’t be stoned to death, gay people wouldn’t be thrown off building or getting their heads chop off. Therefore who really cares that an Iranian male director has the choice to not attend a multi-million dollar award ceremony and after parties???

There’s nothing fake about it. There’s not enough right-wing spin in the world to couch Trump’s severely misjudged, sloppy, and illegal (and dangerous) executive order as anything other than what it is, which is a Muslim ban. Trump himself used the term ‘ban’ twice at least in reference to it: both last Monday and Saturday, as has Kellyanne Conway.

Not illegal in the least.

I’m sure you were equally outraged when Jimmy Carter and Barry Hussein Obama did the exact same thing to Iran and Iraq?

See my reply below.

Christina, what exactly is illegal about about the executive order against the worst terrorist countries? Please be specific. Obama ordered Iraqi immigration to be halted for six months (not three) in 2011…..no one cared. Last weekend 325,000+ people immigrated into the United States, around 110 were detained and questioned, most were eventually let in. This is not a big deal when you look at the history of these executive orders, and what it has actually done. Did you know that Jimmy Carter halted immigration from Iran during his presidency? Concerning immigration in a whole, did you know that Mexico has much stricter immigration laws than the U.S.? If you illegally immigrate to Mexico, it’s a felony with up to ten years hard prison time. A bunch of other immigration laws in Mexico are much worse, maybe try researching some before spouting off. Most countries in the world have much more strict immigration laws that the United States, we are actually the anomaly in this scenario. Just because you rant and tantrum and call names, does not make you knowledgeable, because you clearly are not. You are however very emotional.

I think all the facts stated in this article are accurate, and the implications could occur
as stated above. I don’t agree that this article would qualify as “fake” but it does lack context though.

Trump did what several past presidents have done in the area of banning certain immigrants for
certain reasons for a certain periods of time. Trump cited same law previous presidents used
to ban immigrants. This article stated the possible impact on the arts etc.
That can be worked thru later. We all need to resist the MSM from “plucking our strings” as
they keep e*ploding their heads.

What’s illegal about it is the way it was carried out, which was suddenly and unilaterally, with no recognition of protocol or respect for checks and balances. (You know, that thing our Founding Fathers put into place for a reason.)

Christina, I think you need to go look up the definition of illegal. Suddenly, unilaterally, and recognition of protocol or respect do not have anything to do with the law and what is illegal or legal. It’s almost as if you don’t know what the hell you are talking about.

What is evident is “the law,” in its various permutations, is about the process of discernment. That means discerning whether language of that law–and by extension, enforcement–is legal.

Through discernment of the original language, the administration has already walked back the ban on green-card holders; and a U.S. judge has successfully restrained enforcement of parts of the Trump decree. In other words, the ill conceived and poorly written order is falling apart day by day (i.e., it has been met with substantial legal challenge).

As to comparisons to what Pres. Obama did in regard to Iraqi refugees in 2011 and Trump’s ban, there are plenty of fact-checking stories that are explicit in describing the differences.

I suspect, however, that is a comparative exercise that won’t happen for those in favor of Trump’s policies. Politicians as bludgeons seems to be preferred modus operandi these days.
That preference will cost us all.

Former New York mayor Rudy W. Giuliani said President Trump wanted a “Muslim ban” and requested he assemble a commission to show him “the right way to do it legally.”

On Saturday night, Judge Ann M. Donnelly of Federal District Court in Brooklyn blocked part of the president’s action, ruling that forcing refugees and others to return to their homes could cause them “irreparable harm.”

Trump’s action is not the same as Obama’s action
http://abcnews.go.com/Politics/wireStory/ap-fact-check-trump-claims-travel-ban-misleading-45160554

(Notice how I provided information without getting testy, acerbic, or insulting?)

Being a Norwegian, I am fairly good at spotting trolls. Here is how to identify the nefarious Texas Troll:

– Look for #fakenews.
– Did they mention MSM?
– Did someone ask you to look up the definition of a simple word?
– Did many sentences begin or end with “actually?”

This is just a starter list- feel free to add to it.

“A president’s power is at its apex at the nation’s borders” and that the Supreme Court has “consistently reaffirmed the power of the president to control the entry and exit from the country as a matter of national security.” Such precedent, he said would give Trump’s administration a decided advantage in any litigation. – Jonathan Turley, a law professor at George Washington University

Immigration law would afford the government special advantages, because it exists in a “parallel universe” where many of the constitutional protections afforded in other legal situations do not apply. “Discrimination on the basis of nationality is something that, again, one finds all over the immigration law, and in a nonimmigration context would almost certainly not withstand the equal-protection challenges.” – Temple University international law professor Peter Spiro

NSEERS may or may not be “constitutionally sound,” but what is known is that is not longer in effect because it was determined to be a redundant and obsolete program.

The president does not have unlimited powers, even when it comes to borders. The judiciary will have its say.

Well XYZ, it looks like International Law Professors disagree with you. Mostly because of this: in 1952, Congress passed the Immigration and Nationality Act, which expressly authorized the president to suspend the immigration of any person, class of people or group of people into the United States for public health, public safety or national security reasons. The courts have upheld this presidential power because under our system, immigration materially affects the nation’s foreign policy and foreign policy is constitutionally the domain of the president.

You don’t have to like it, but it is legal and just.