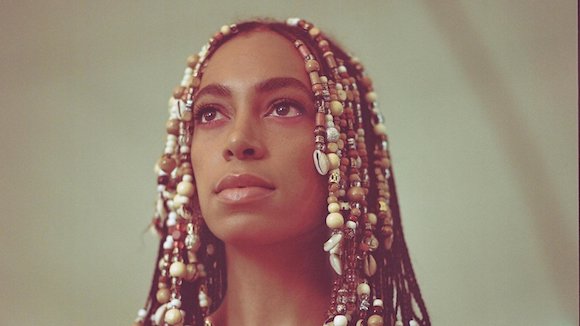 In a talk yesterday at the Museum of Contemporary Art Chicago, Solange Knowles described working with art institutions as feeling that they think “you should just be happy to be there,” reports ARTnews. The musician, who has begun creating performance art projects, tweeted (but since deleted) after her recent piece performed at the Guggenheim, “I don’t care much about the institutions,” and encouraged women of color to “tear the got damn walls down.”

In the Chicago talk, she talked about Marfa, where she will perform next month, stating that she and her husband “had a really scary encounter with the police in Marfa, Texas, of all places.” She added, “We know a lot of people in Marfa—artists and creatives. Everyone was, I think, kind of embarrassed that it happened.”

The Chicago Tribune writes that she also discussed some of her inspirations and cited the works of the minimalist artist Donald Judd, the inspiration for the Chinati Foundation in Marfa, explaining, “Maybe it’s the Houston in me, but I move slow.”