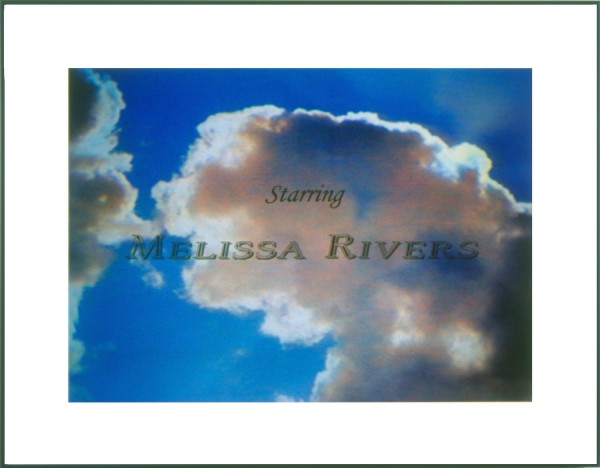 At least one person in the crowd at the opening of John Waters’ exhibition “Neurotic” at McClain Gallery appeared to be angling to be the next Divine. Waters was in attendance, wearing a natty blue suit with stripes “painted” across it. The work he presented was as sly and smartass as his pencil-thin mustache.

His 2006 photograph Melissa looks like it was captured from the credits for some made-for-TV offering. It simply reads “Starring Melissa Rivers,” its italicized text set against the kind of radiant clouds you might see in the credits for a biblical movie. It’s funny as hell, a wince-able snapshot of American popular culture.

Then there’s Waters’ Puke in the Cinema, a carefully curated collection of film stills featuring actors and actresses bowing to the porcelain god or blowing chunks on the lawn. You can almost hear Waters cackling in the background as he made this work, adoring the awfulness. And apparently Waters is one of the many of us on the Smile Train mailing list. In his 2009 Hollywood Smile Train, Waters has taken images of celebrities like Rock Hudson, Tom Cruise and Elizabeth Taylor and given them the cleft palates Smile Train fundraises to correct. 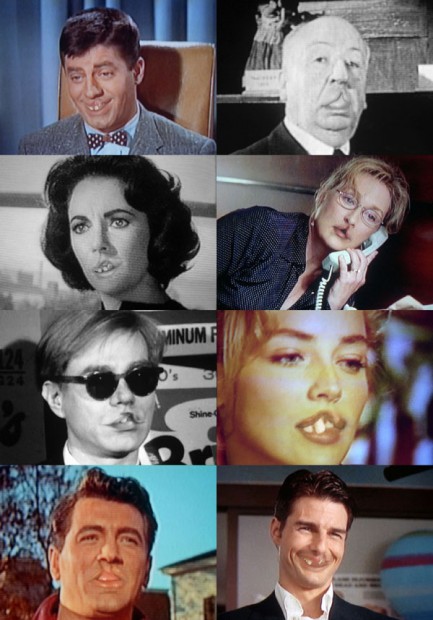 Waters also mocks Marfa, and although that’s about as challenging as mocking Melissa Rivers, his piece is great. It’s a fake circus poster with the words “Take the whole family to Marfa, Texas” showing a beaming, brightly colored cartoon family surrounded by text bubbles that say stuff like “You can’t fly there!,” “Eat food that’s all the same color!” “See Donald Judd’s Bed!” “The Jonestown of Minimalism.” Unsurprisingly, the edition of 100 is sold out. 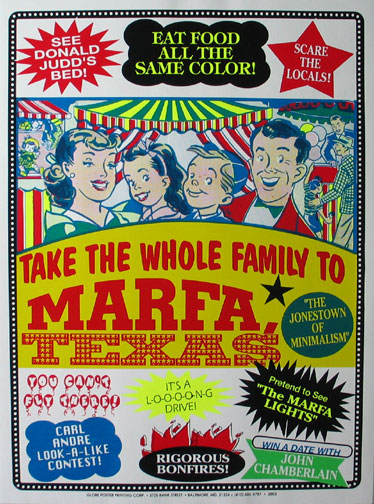 Waters tweaks the art world some more with his Faux Video Room from 2006. Using muffled audio and black velvet curtains hung against a wall, he turns the trappings of video art presentation into art. Other sculptural offerings include the 2006 Bad Director’s Chair, with the word HACK stenciled across the back and TESTED BADLY emblazoned on the seat. The showstopper is a three-foot-high jar of La Mer in the middle of the room. The cultish “age-defying” moisturizer is $140 an ounce. Waters’ jar is big enough to sit in. 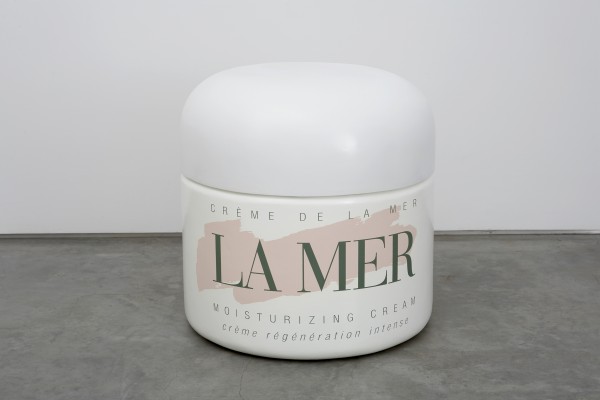 The artist had just brought down the house at a DiverseWorks fundraiser the night before his opening. (His scandalously funny one-man show had also apparently managed to shock people widely considered unshockable.) Attendees were still raving about him at the opening, talking about how hysterical he was and saying that he also seemed like a really nice guy. That kind of makes sense, however tasteless or offensive Waters gets, his work isn’t mean-spirited. Waters has been quoted as saying, “I respect everything I make fun of.”