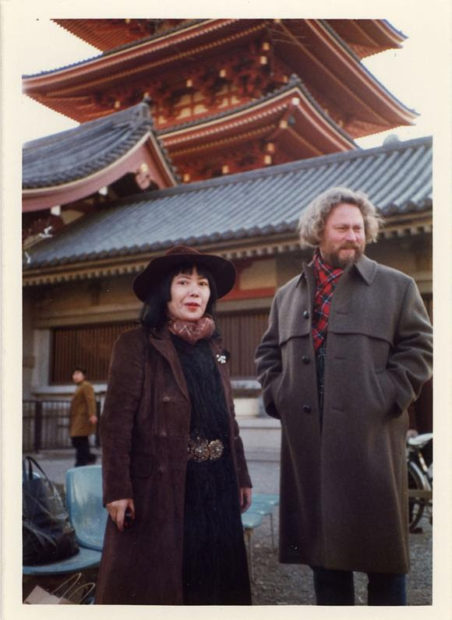 This month, on Ocobter 26 at 7:30PM, the Marfa branch of the Judd Foundation will present three experimental films by artist Yayoi Kusama at the Crowley Theater. While the program may seem at odds with the Foundation’s normal minimal aesthetic, there’s more of a connection than meets the eye: Judd was a friend of Kusama and lived in the same building as her in New York in the 1960s. He also wrote about her work for ARTnews, saying: ““Yayoi Kusama is an original painter. The five white, very large paintings [presented at the artist-run Brata Gallery in 1959] are strong, advanced in concept and realized.”

Kusama’s name has been popping up a lot across Texas in the past few years. Last summer, one of her infinity rooms in the exhibition Kusama: At the End of the Universe was acquired by the Museum of Fine Arts, Houston, and currently, the Dallas Museum of Art is showing a Kusama room they acquired jointly with the Rachofsky Collection.

Films are actually being presented Friday, October 27th not the 26th. It’s disappointing that the screenings were announced with such short notice making it impossible to attend. 🙁

Oh well, Good for Marfa and the Judd Foundation! At least now we can learn a lot about Kusama & Judd’s relationship online here: http://juddfoundation.org/article/local-history-donald-judd-yayoi-kusama