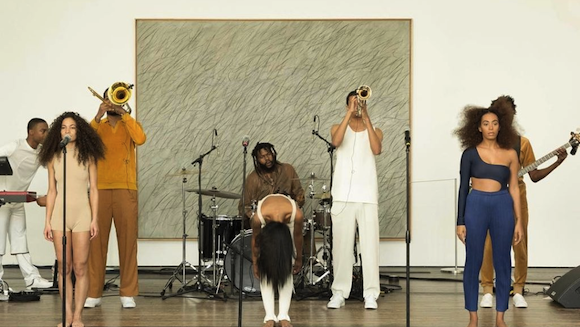 As Glasstire reported a couple of months ago, Solange Knowles will soon be performing in Marfa at the Chinati Foundation. The Houston native musician and performance artist first debuted “Scales,” a mix of compositions and original arrangements from her 2016 album A Seat at the Table earlier this year at Houston’s Menil Collection, where she and her band performed in front of a massive Cy Twombly painting, reports artnet News.

In early October, she is set to perform again in a field in front of Donald Judd’s piece 15 Untitled Works in Concrete in Marfa. artnet News quoted her Instagram post:

“Donald Judd’s profound work has had tremendous impact on the way in which I see the world. I have visited these works at the Chinati in Marfa various times, at landmark moments in my life and am completely and utterly honored to deliver my performance piece, Scales, alongside these phenomenal installations.”