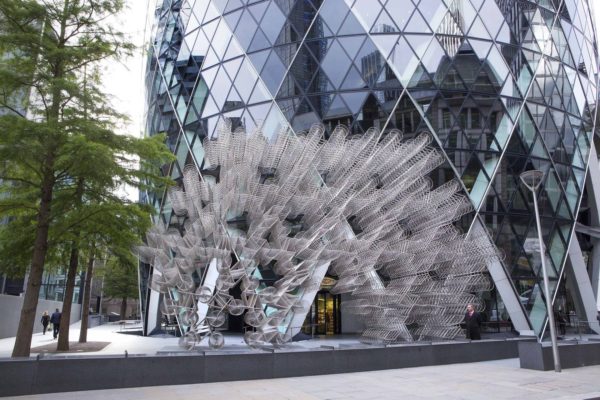 Ai Weiwei, Forever Bicycles, 2014. Installation view, Sculpture in the City, in partnership with the Royal Academy of Arts Exhibition, London, 2015. Artwork © Ai Weiwei Studio. Courtesy the artist, Lisson Gallery, and Sculpture in the City/City of London. Photograph by Nick Turpin.

The Contemporary Austin has announced that this summer they are bringing two large-scale Ai Weiwei sculptures to Austin. One of the works, Iron Tree Trunk (2015), will be on view at The Contemporary Austin’s Betty and Edward Marcus Sculpture Park at Laguna Gloria, while the other, Forever Bicycles (2014), will be installed at the Waller Creek Delta as a part of the museum’s collaboration with the Waller Creek Conservancy.

Forever Bicycles draws on Weiwei’s childhood memories—the Shanghai-based Forever brand (Yongjiu) was popular when the artist was growing up, but was too costly for many people. In his sculpture, Weiwei combines more than 1,200 Forever bicycles into a composition that viewers can walk beneath. 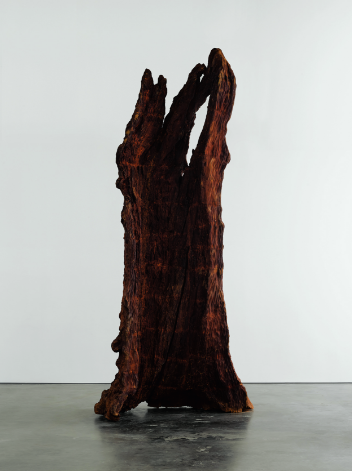 And Iron Tree Trunk is a sculpture that was cast from “the found remains of a massive tree,” serving as an homage to nature.

This isn’t the first time Weiwei’s sculptures have come to Texas: Back in 2013, the Crow Collection of Asian Art presented an exhibition of his animal-head sculptures; in 2012, the Architecture Center Houston showed models he created in collaboration with Basel-based HHF architects; and also in 2012, the Houston Arts Alliance brought the artist’s monumental Circle of Animals/Zodiac Heads installation to Hermann Park.

The two works coming to Austin this summer, which are on long-term loan, open to the public on Saturday, June 3, 2017. Also, in November 2017, The Contemporary Austin and the Austin Film Society are partnering to present a film series curated by Weiwei.