Fun Facts About Ai Weiwei’s Circle of Animals, Coming to Houston’s Hermann Park in May 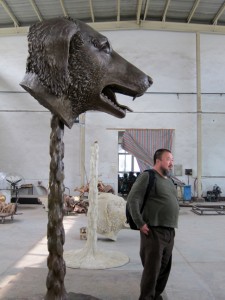 New York Mayor Michael Bloomberg, about the  piece’s NY premier: “As we continue to showcase the best art exhibits and attractions, we maintain our status as the cultural capital of the world.”

HAA’ director Jonathan Glus, about the Houston installation: “Thousands from Houston and beyond will share in this culturally relevant experience, which helps build our city’s visibility as an international arts center.”

Weiwei, about his  first public art work: “because Circle of Animals/Zodiac Heads is composed of animal heads, it’s a work that everyone can understand, including children and people who are not in the art world.”